EA and DICE taking a leaf out of Microsoft’s book, it seems.

We’ve all been waiting for the new Battlefield game to be announced for a while now. It’s due to have the wraps taken off of it in a few hours, but ahead of that reveal, we’re getting a lot of leaks that are telling us just what EA and DICE may have planned. A previous leak already tipped us off that the new game may be set in a(n alternate history) World War 1 era- but now, we probably know what it is called.

Ready? It is called *drumrolls* Battlefield 1.

Yes, Battlefield 1. No, you are not reading it wrong. No, there is nothing beyond the 1 that is missing or has been cut out- Battlefield 1 seems to be, confusingly enough, the name. It’s like EA and DICE learned nothing from Microsoft and the Xbox One naming debacle.

This information comes to us from some retail leaks. It seems as though the game (whose name is probably in reference to its World War 1 setting), will launch on October 18 on Xbox One, PS4, and PC. Not much else is known yet (though you can check out some new leaked images below)- but at the rate that we are getting leaks, it’s only a matter of time now. Stay tuned. 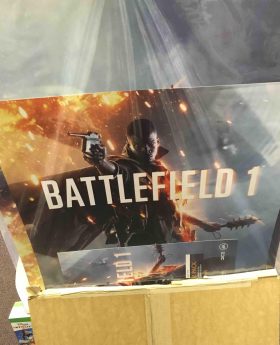 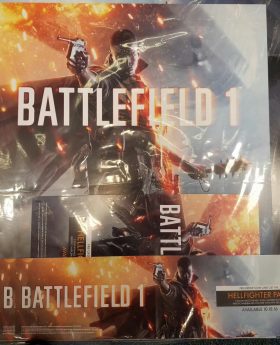