Battlefield 2042 – 15 Things Players Dislike About it

DICE's latest Battlefield hasn't been having the best time since its early release. Here are some of the key issues that players have.

Battlefield 2042 officially launches worldwide on November 19th but those who pre-ordered the Gold or Ultimate Edition have been playing the full version since the 12th. There were already plenty of issues with the beta and it seems that the full game isn’t much better off. Let’s take a look at 15 things that players hate about Battlefield 2042.

It’s no secret that vehicles are essential to a Battlefield game and some of the things that players have been able to pull off with them is amazing. But then you have the downright absurd, like the hovercraft. Since it sticks to flat surfaces, the hovercraft is capable of scaling skyscrapers. It’s also a very strong vehicle on its own, capable of smashing into recon jeeps and helicopters with ease. Suffice to say that hovercrafts need a few nerfs to keep from dominating matches. 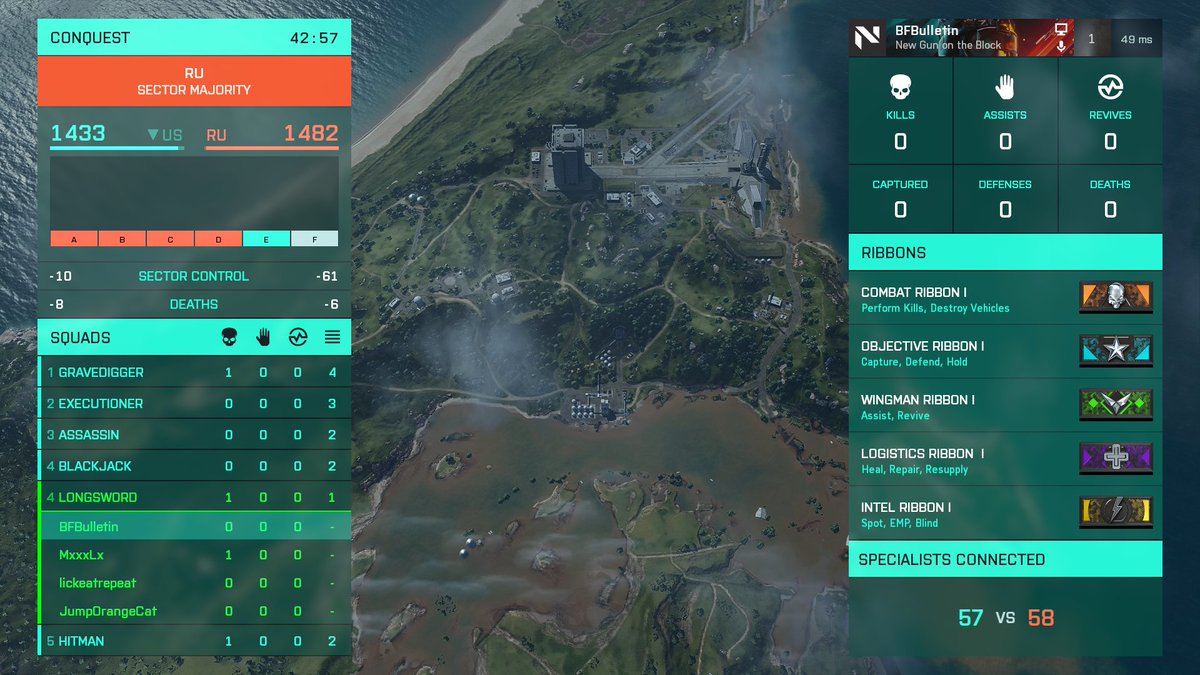 Now we get to the actual real problems of the game and what’s missing, starting with a proper match scoreboard. Want to see other players’ ranks? How about the number of bots on your team or the different Specialists being played? What if you just want to know who’s doing well and who isn’t, which is one of the very purposes of a scoreboard? Well, you can’t because Battlefield 2042’s scoreboard lacks all of this. 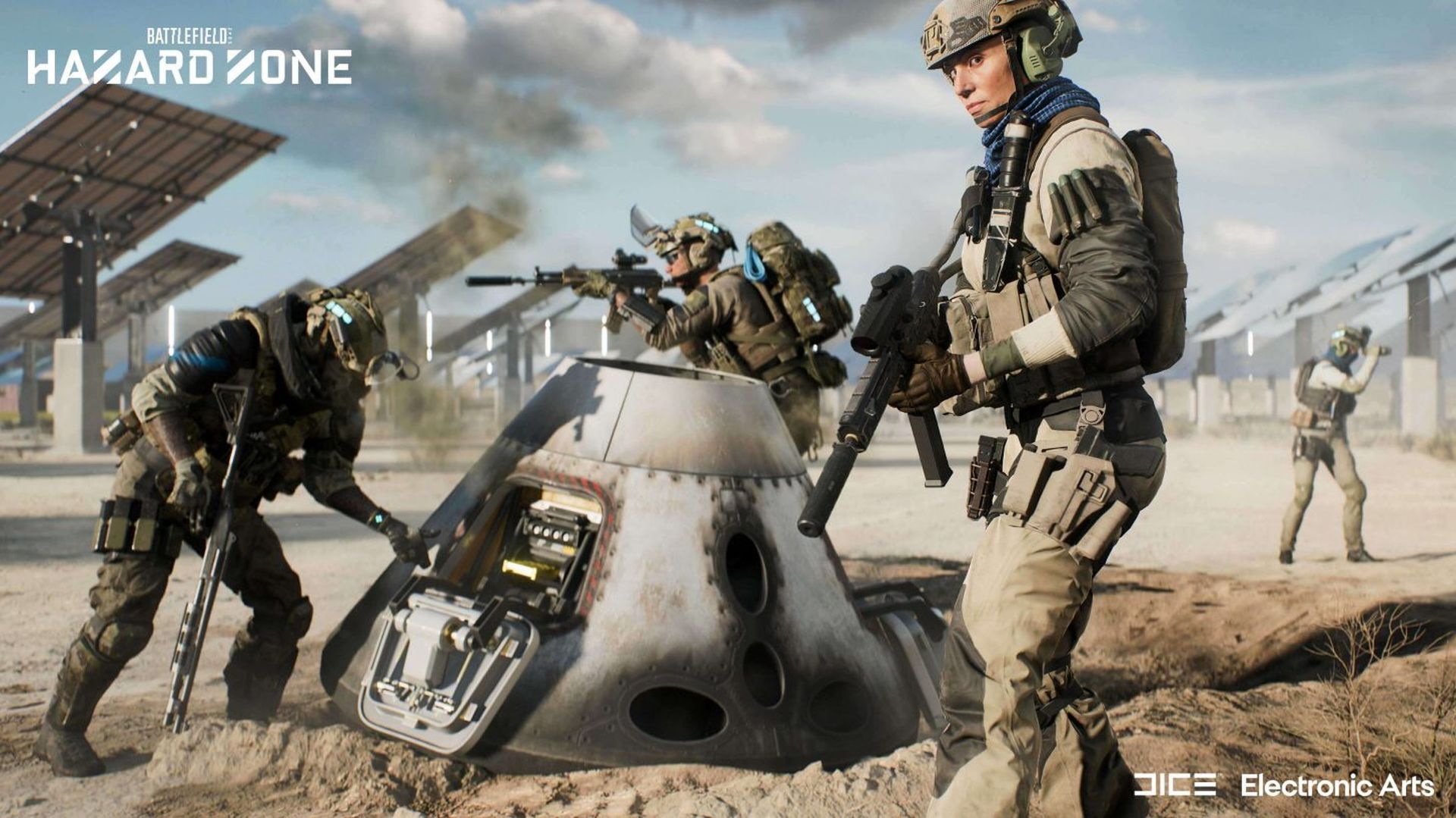 But even more hilariously, you can’t even check your career stats and feel proud since that’s also missing. Number of kills and assists earned, various crazy things you’ve done, etc. are all lost to the ether with no stats page. With how much DICE was emphasizing the “cool Battlefield moments” appeal of Battlefield 2042, not having a stats page so you can be proud of your achievements is questionable at best. 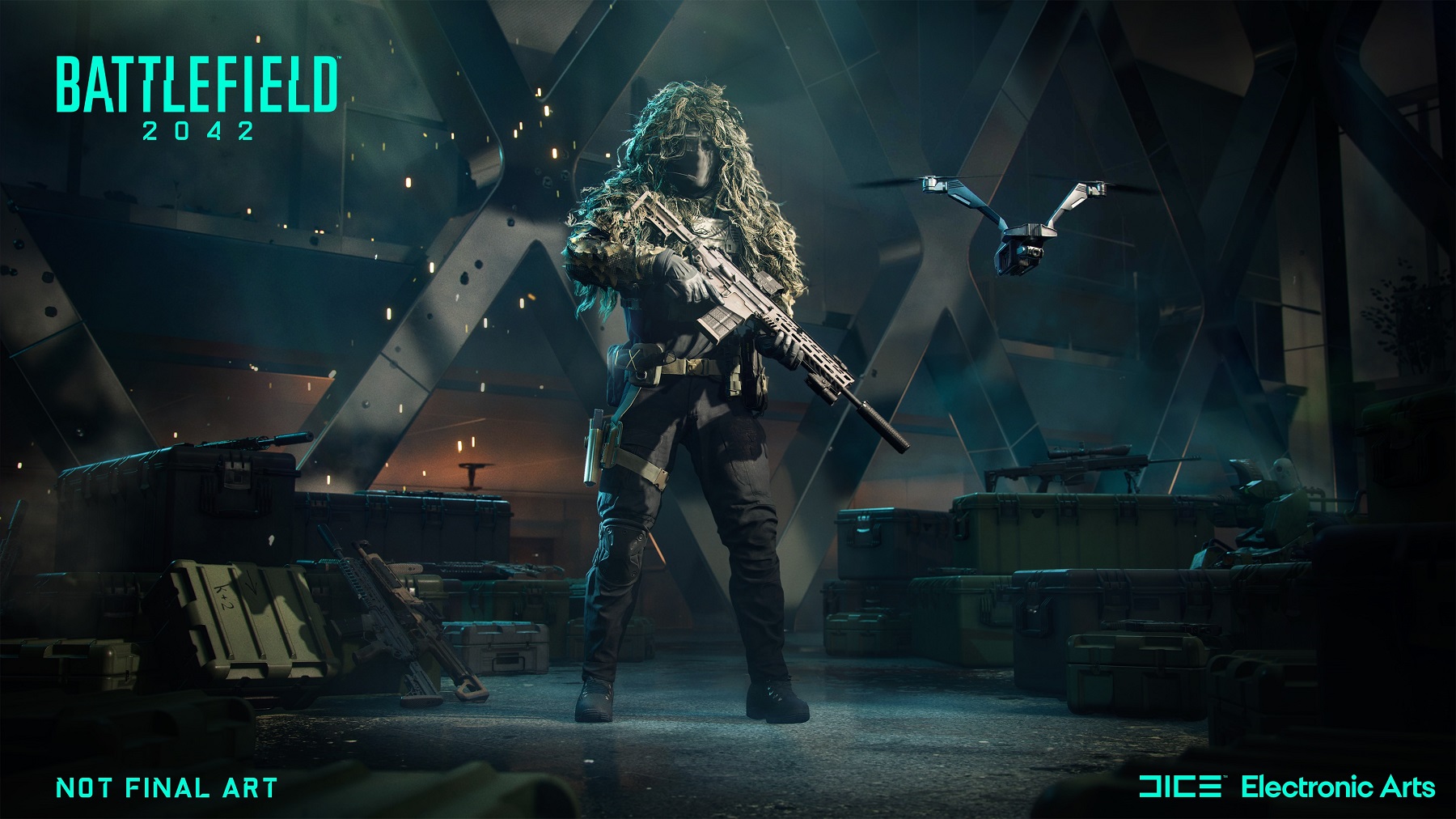 Just like in the beta, Specialists turn battles into one big chaotic mess. They can use any weapons and gadgets, and while medics kind of still have a place (more on that later), it’s more about the wacky abilities the Specialists can deploy. Turrets, hacking vehicles, wingsuits and so on are kind of cool, but Battlefield isn’t meant to be a hero shooter and the fact that classes were sacrificed for this isn’t making too many people happy. 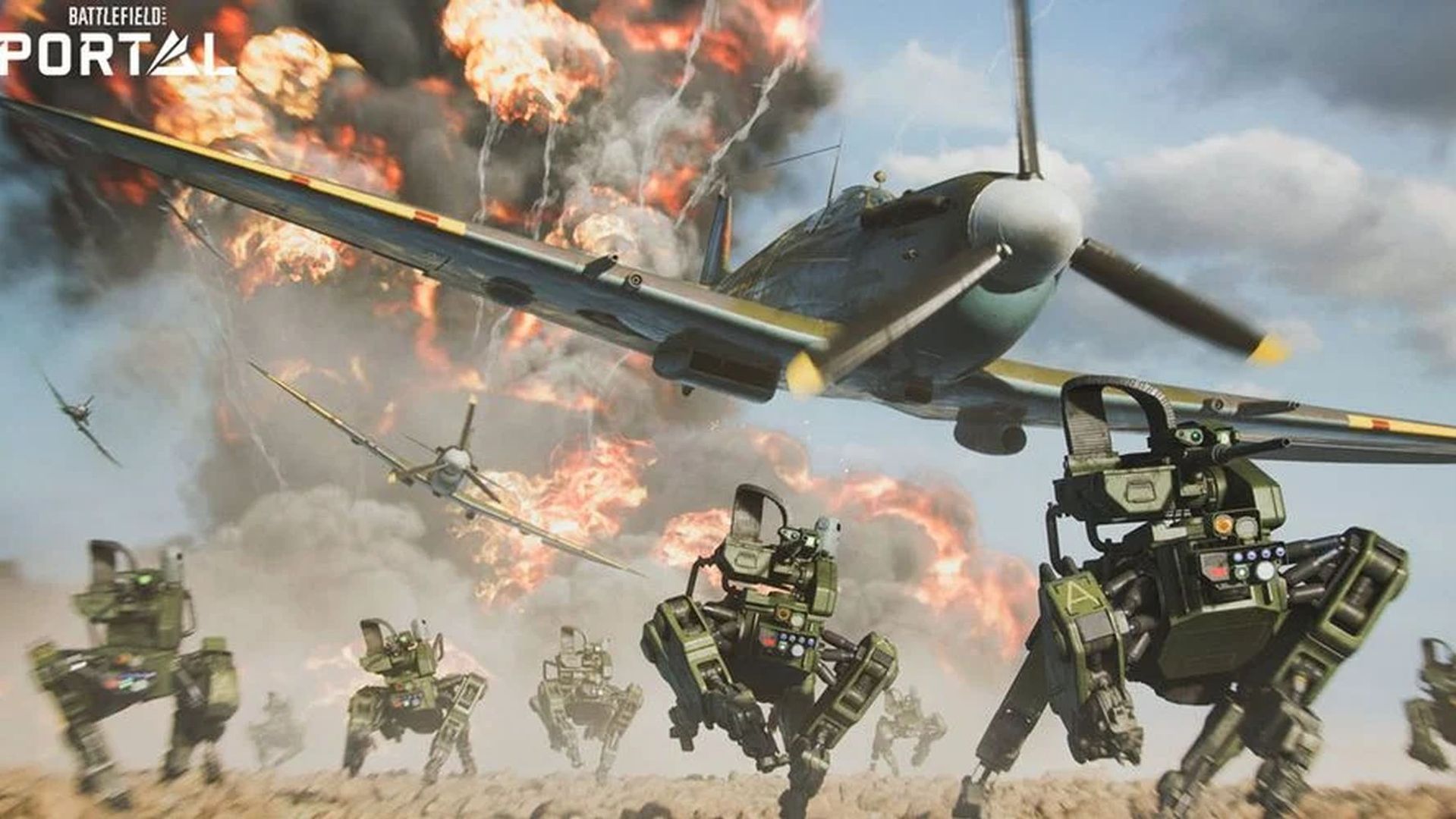 Remember the days of the server browser, where you could manually select which matches you’d like to jump into? That’s gone too – now you’re at the mercy of whatever skill-based matchmaking throws your way. It doesn’t sound all that bad but you also have no control over the map and mode that’s played so if you’re facing game-breaking issues on Breakthrough or hate Orbital, well, it sucks to be you. 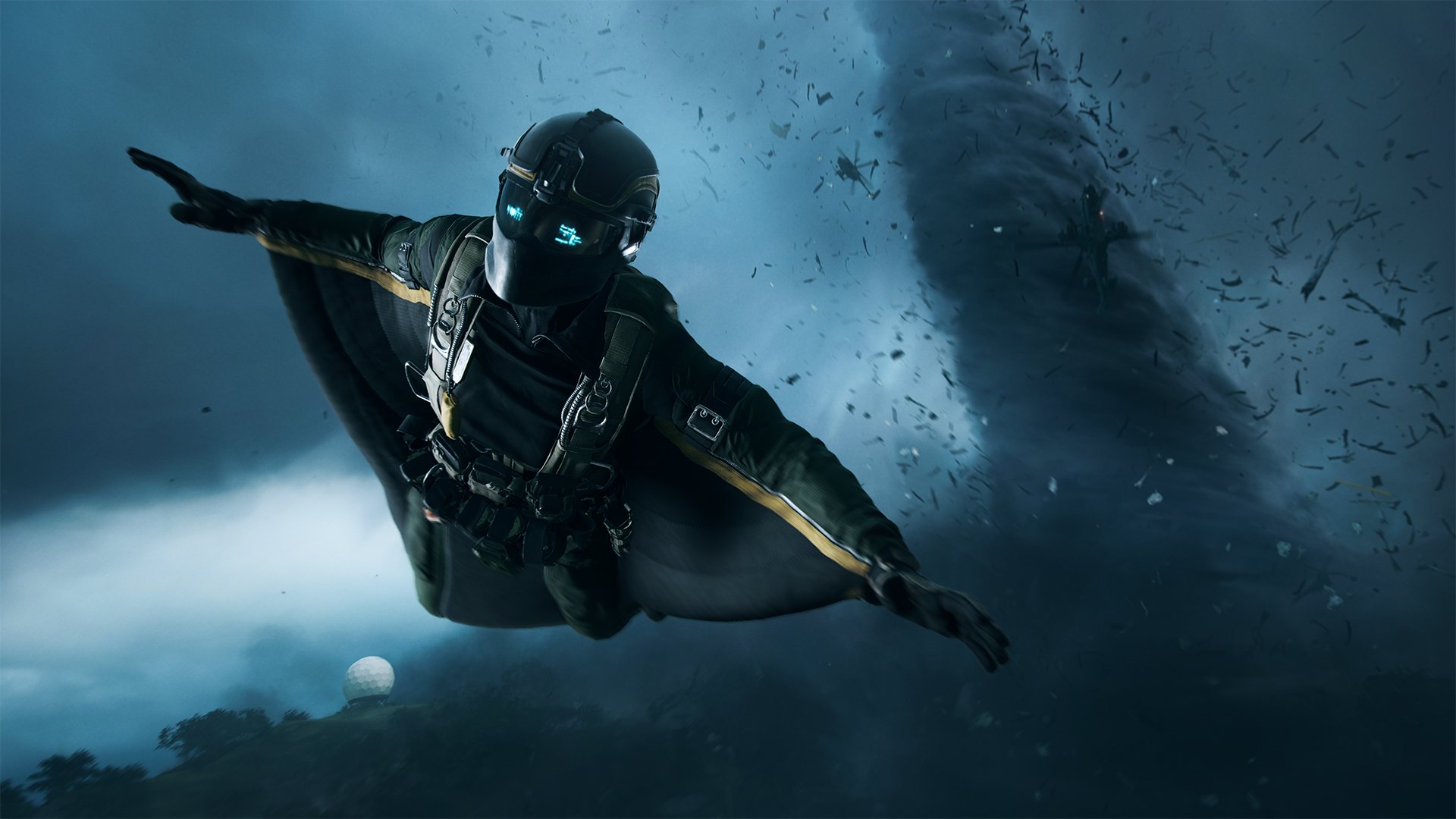 While some of the UI issues from the beta have been corrected – like adding blue dots to indicate your allies within a certain range – it’s still not very good. Aside from the utter mess that is the match statistics screen, the annoying pop-up banner at the top whenever an objective is captured or lost still remains. The lack of opacity when different markers overlap each other also makes for a jumbled mess. 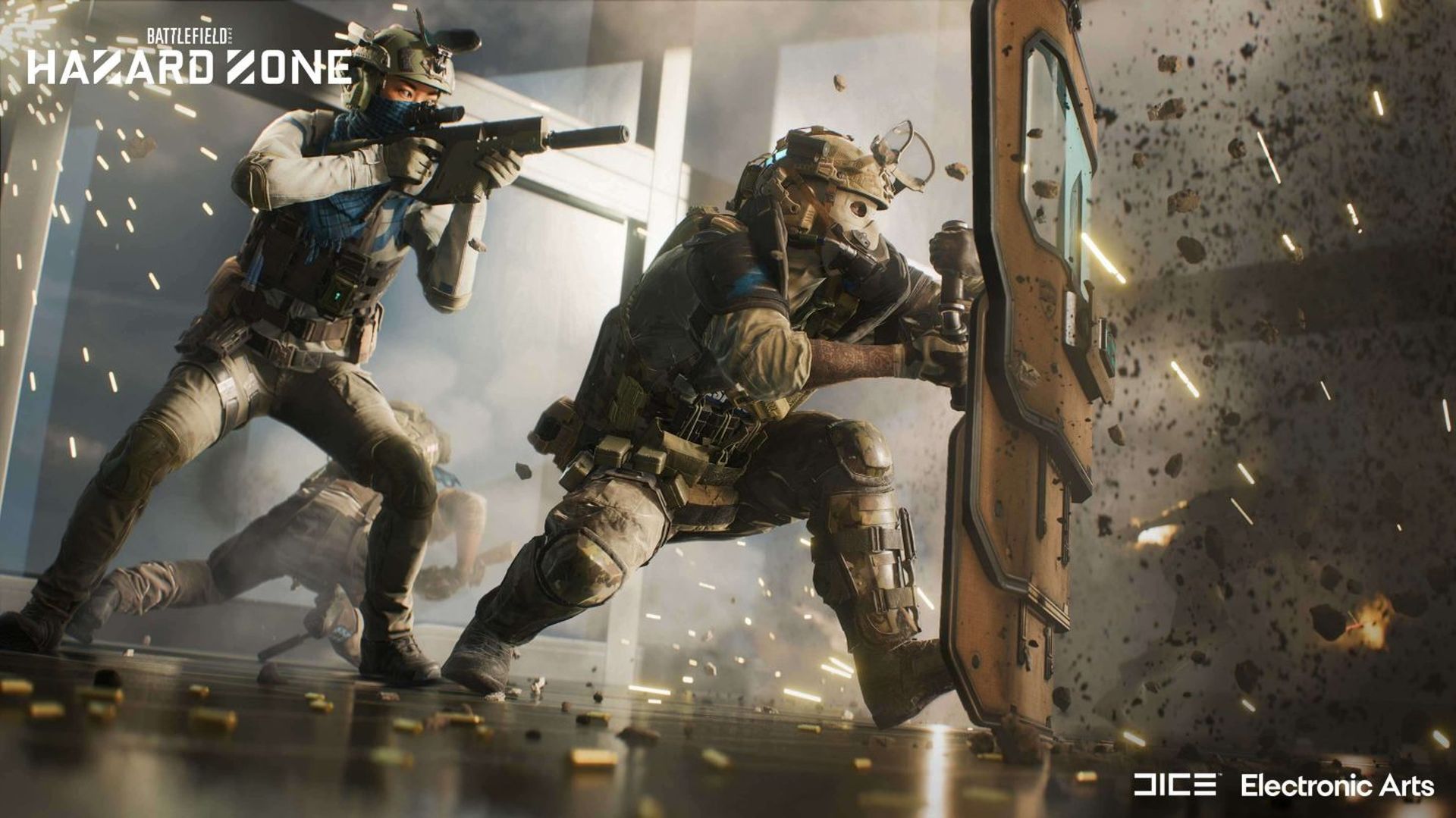 Battlefield 2042 takes more than a few pages out of other shooters’ books, specifically with being able to reload while aiming down sights or tactical sprint for running faster. Unfortunately, it also removes many classic movement options like leaning, diving left and right, crawling backwards and so on. Maybe this was to encourage a more fast-paced style of play since the maps are so huge but it doesn’t quite succeed. Also, it’s weird how a tactical sprint has no downsides, so it should be your go to option for movement at all times.

It was noted during the beta and bears repeating here – why does an all-out war sound so quiet? The ambient noise leaves a lot to be desired and makes matches feel way less life-like than they should. Lest we forget directional audio, which is also iffy and will do little to save you from detecting enemies close by. 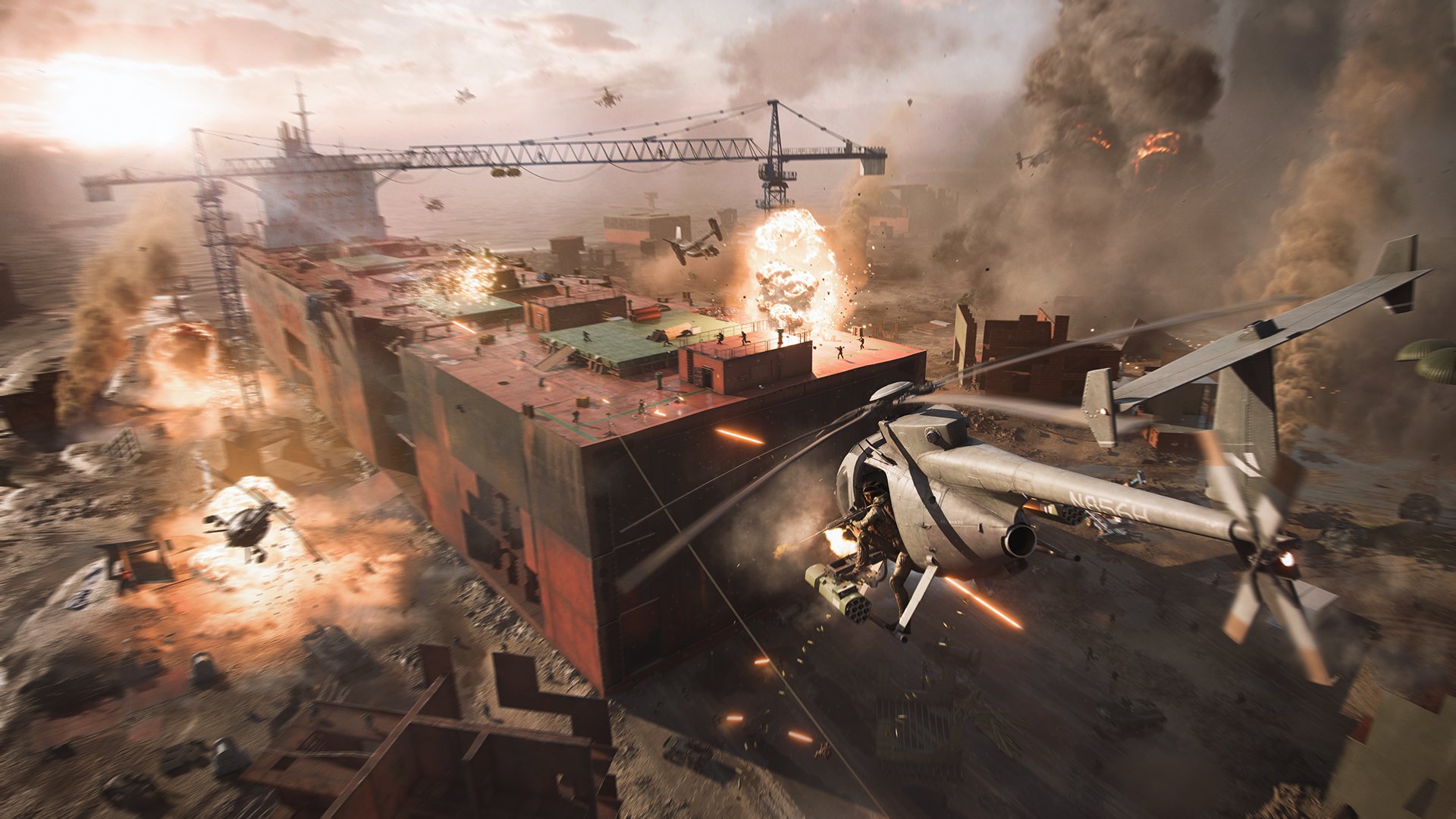 In terms of spectacle, there is quite a lot to see in multiplayer. The maps are gigantic and the weather effects, like the tornado, are pretty neat. Yet somehow, the overall amount of destruction feels too tame. Considering extensive destruction is a calling card of the franchise and has been a highlight in almost every game till now, the amount in Battlefield 2042 just seems underwhelming.

No “Medic Nearby” Indicator

We mentioned that medics still sort of have a role since they can revive teammates. But for some forsaken reason, DICE decided to make it harder for them and players who need to be revived. There’s no “Medic nearby” indicator so a downed player won’t know whether they should wait for revival or redeploy. Why a simple quality of life feature like this was removed is anyone’s guess but at least DICE seems to be adding it back in a later update. So that’s nice. 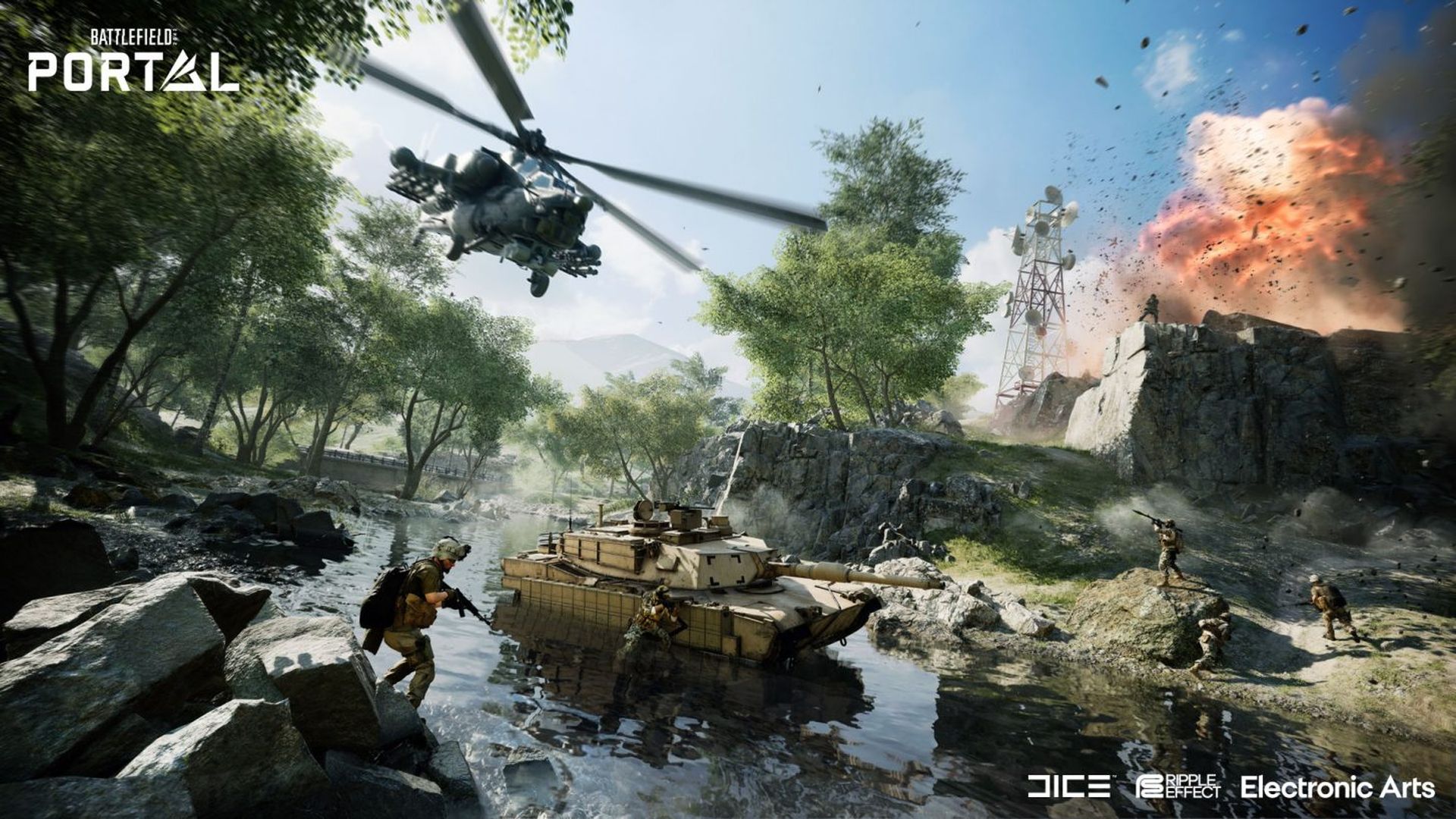 Hit registration on spotty servers is one complaint that’s emerged during early access but much worse is the bullet spread. Past a set distance, some weapons just have the most random spread imaginable, barely hitting a target even if your crosshairs are dead center. Although, for some reason, SMGs manage to out-range assault rifles and more reliably take down targets. Again, why? At this point, why not? 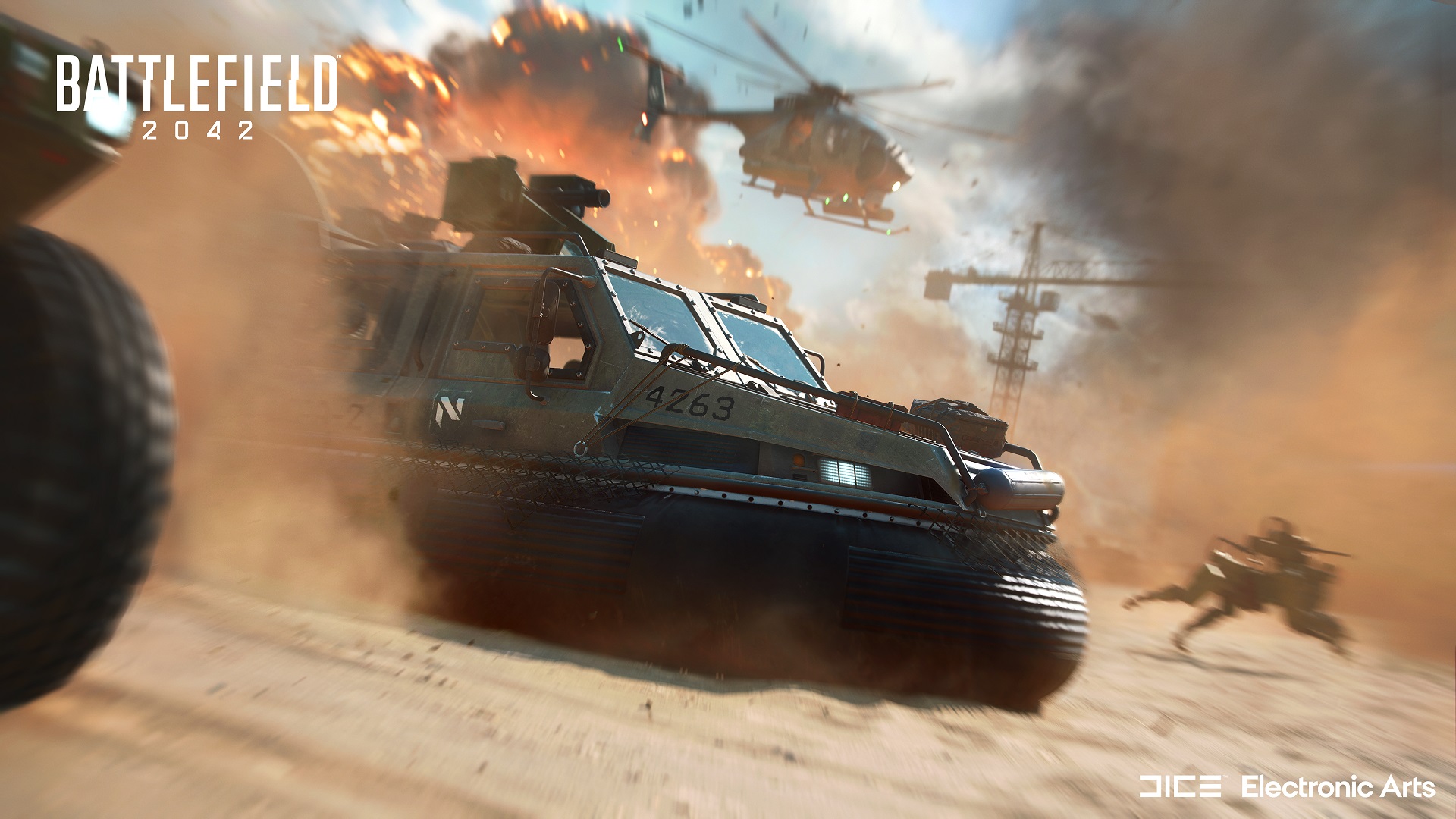 Vehicles, as noted previously, are quite strong but strangely, they don’t really have extensive customization. Missing tools like Active Radar and Hydra Rockets from previous games is one thing but no specialization trees makes every vehicle feel pretty one-note. The only thing you’re really working towards, customization-wise, is vehicle skins which is kind of meh. 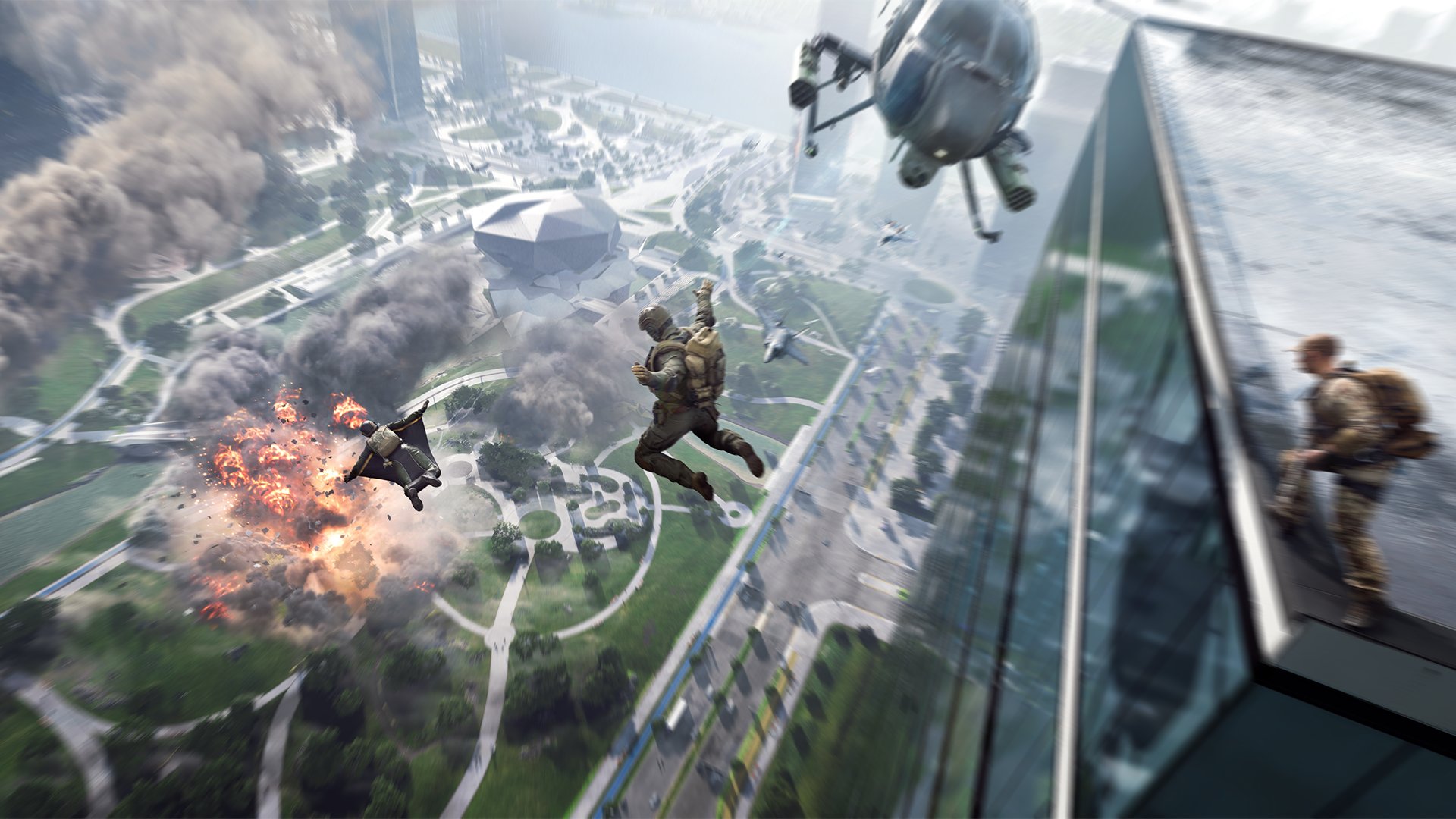 Usually in a Battlefield game, you’d expect the freedom to create your own squad but of course that’s missing in 2042. Want to lock your squad? You can’t do that either. Switching squads is possible by going to the player roster and choosing the option on your name. But surprise! You can’t choose the squad you want to switch to!

Too Many Cutscenes and Transitions

Lenn_4rt on Reddit did a count of the number of cutscenes and transitions for getting into and then exiting a single match. These include searching for the match, loading the match, a random screen, loading into the map, showcasing a player’s squad, showcasing the map, showcasing the “Big Map” version of the map where you can also select a vehicle, watching a cutscene of the map and then deploying into the map. That’s all just for starting a match, by the way. You still have the end of match screen, top 3 Operators, squad stats, random stats, progression and the loading screen to return back to the main menu. Just…why? 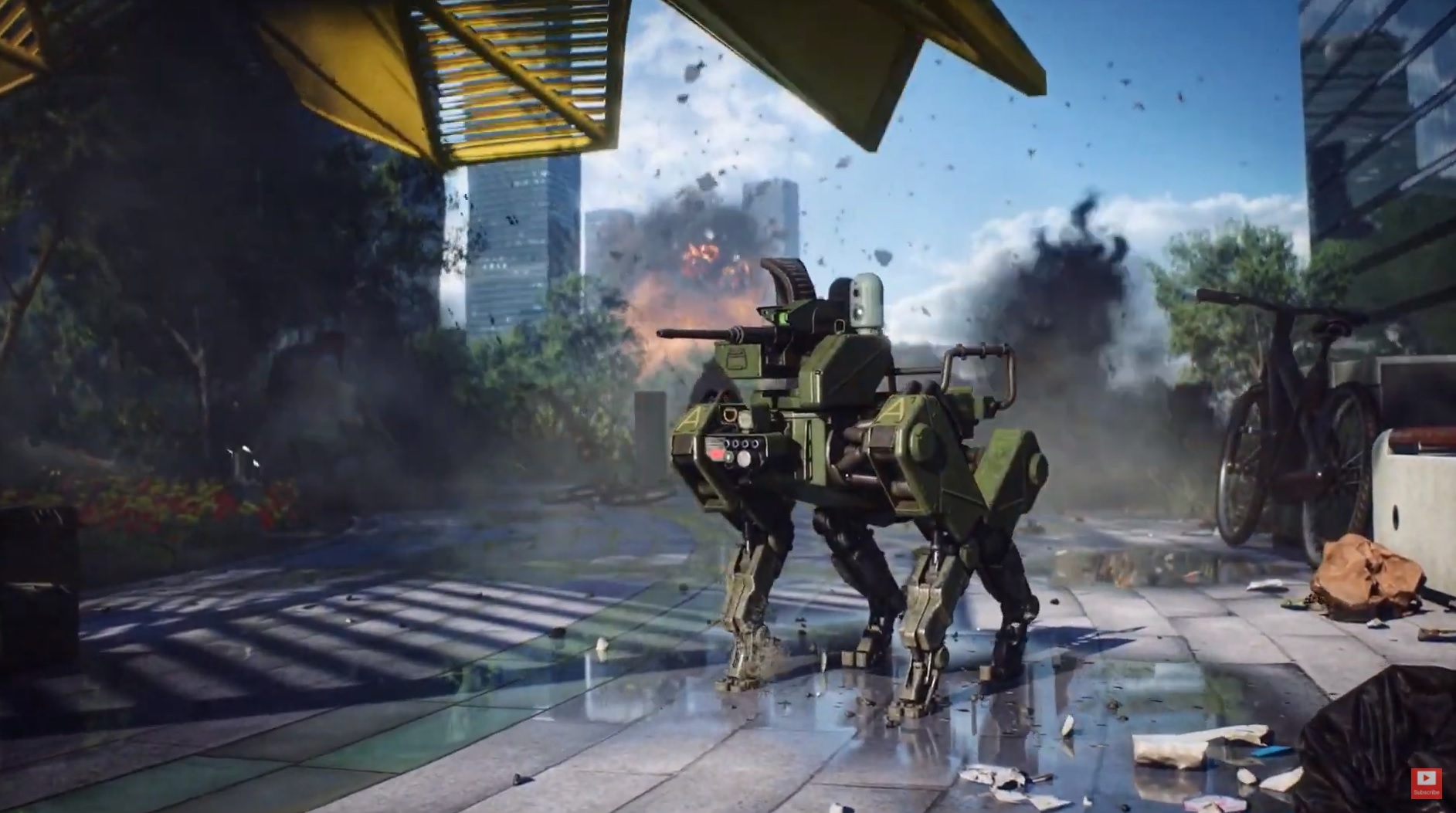 And then there are the technical issues, like horrible performance on previous gen consoles and poor optimization on PC, even with RTX 30 series GPUs and dialing down the settings. Bugs-wise, you have the classic respawn bug that, well, prevents you from respawning; a bug that makes you appear as an enemy to allies; not being able to shoot through power lines; not being able to grapple through smoke since it’s a solid object; and, my favorite, your jet dying because the runway lights hate it. There’s plenty more but you get the gist.