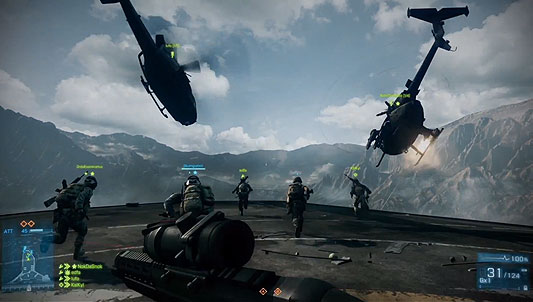 EA has reported that both their megaton games of last year, Battlefield 3 and FIFA 12, have now sold 10 million units- really impressive figures indeed.

In face of its direct competitor, Modern Warfare 3, Battlefield 3 has done exceptionally well. It may not have overtaken MW3 in sales or outsold it, but that was never EA’s intention. It’s good to see a shooter franchise other than CoD selling so well.

FIFA 12 has also sold 10 million units, but that was kind of expected, seeing how well it’s been doing in the UK over the last few weeks.