Battlefield 3 Discounted on Game4u’s Deal of the Week

Check the game out on downloads4u and net the game at a cheaper price. 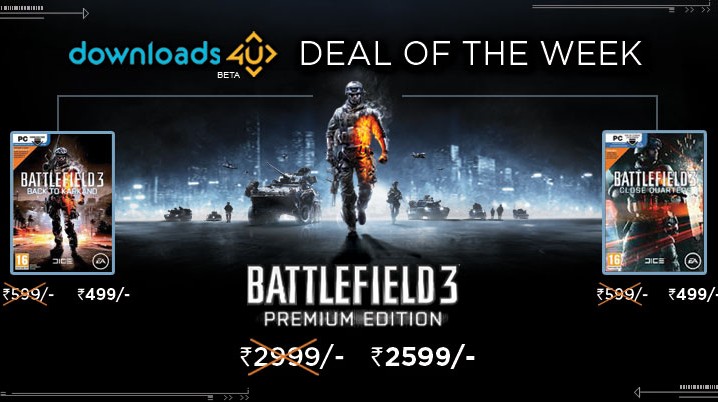 Game4u is up to it’s usual shenanigans involving the downloads4u service but at least they’re offering a decent discount this time. Battlefield 3 is the star, being selected the “Deal of the Week”. Now gamers can download the Battlefield 3 Premium Edition at Rs. 2599, and get a discount (the game is otherwise being retailed for Rs. 2999). It’s an interesting deal, considering that it covers the first two DLC packs for those who already own the standard edition.

That’s right: Back to Karkand and Close Quarters are available for just Rs. 499 each. Interested players better act quick though: this deal is only valid until November 16th (hence, “deal of the week”. Get it? Get it?) so act face lest you get a discount on some other crap you don’t want.

Not a bad way to go for the downloads4u service, which allows players to pre-buy games and have them queued for download on the day of their release. Now let’s see what next weel’s