Could Battlefield be preparing for another showdown with Call of Duty?

Just one day ahead of its full official reveal at the Game Developers Conference 2013, the hype surrounding Digital Illusions CE’s Battlefield 4 is still huge. This is despite information that the game may not be coming to next generation consoles after all, as source code on the teaser site showcased otherwise.

However, we do know: EA may not be giving up its desire to compete with that other big military shooter, if a recent of leaked pre-order posters as any indication. 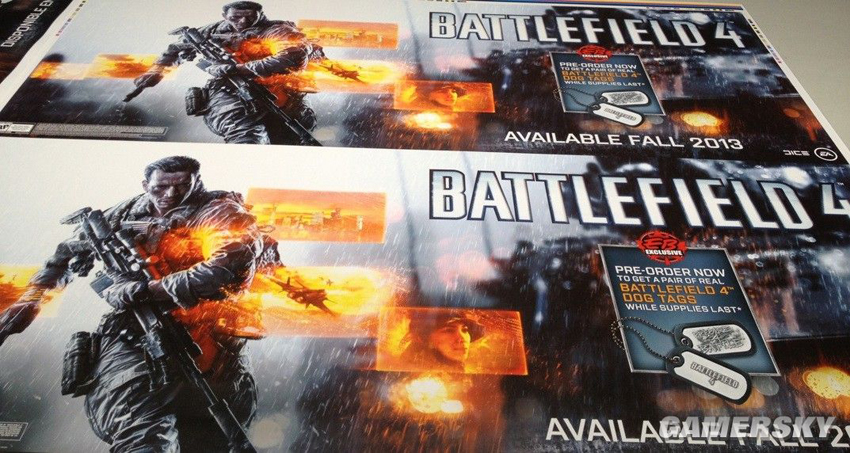 The posters, posted by Gamersky, indicate that gamers can pre-order the game and receive a pair of real Battlefield 4 dog tags. Below this image is the indicated release date: Fall 2013. If the next Call of Duty indeed does release this year, it will landing around the same time.

We won’t say it’s real, but if so, it would make plenty of sense to have it release around that time. Even more so, it still keeps hopes alive that Battlefield 4 may yet release for the next generation of consoles.