Battlefield 4: The Attention To Detail Is Staggering (Sort of)

DICE pushing the limits, as usual. 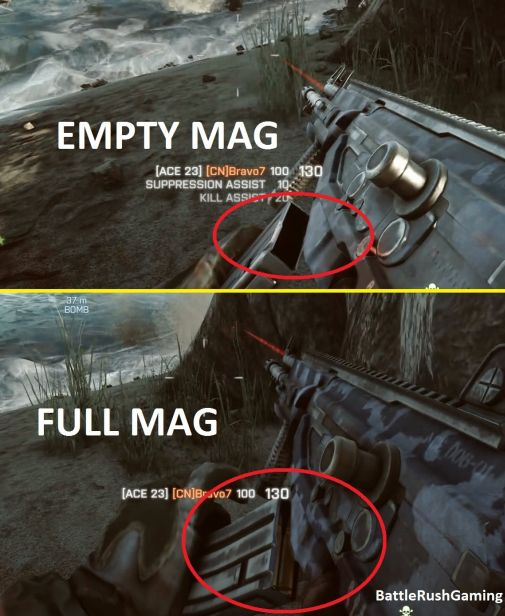 Battlefield 4, if you hadn’t noticed, is garnering accolades for being one of the most visually impressive shooters of the year (and this is a year that will see the release of Killzone: Shadow Fall, besides Crysis 3 which released earlier). But it’s not just because of the Levolution, which allows you to collapse entire buildings and rearrange environments, or dynamic weather effects but because of the little things.

For example, the bullets in the magazine. When the clip is empty, you won’t see any bullets and when reloading, there will be a bullet visible at the top. A minor touch, sure, but still awesome.

But then when you consider that this was already in Battlefield 3, one has to wonder about the power of Frostbite 3. Regardless, there are a ton of other things that we may yet see that will impress us.