Battlefield 5 – Chapter 6: Into the Jungle Arrives on February 6th 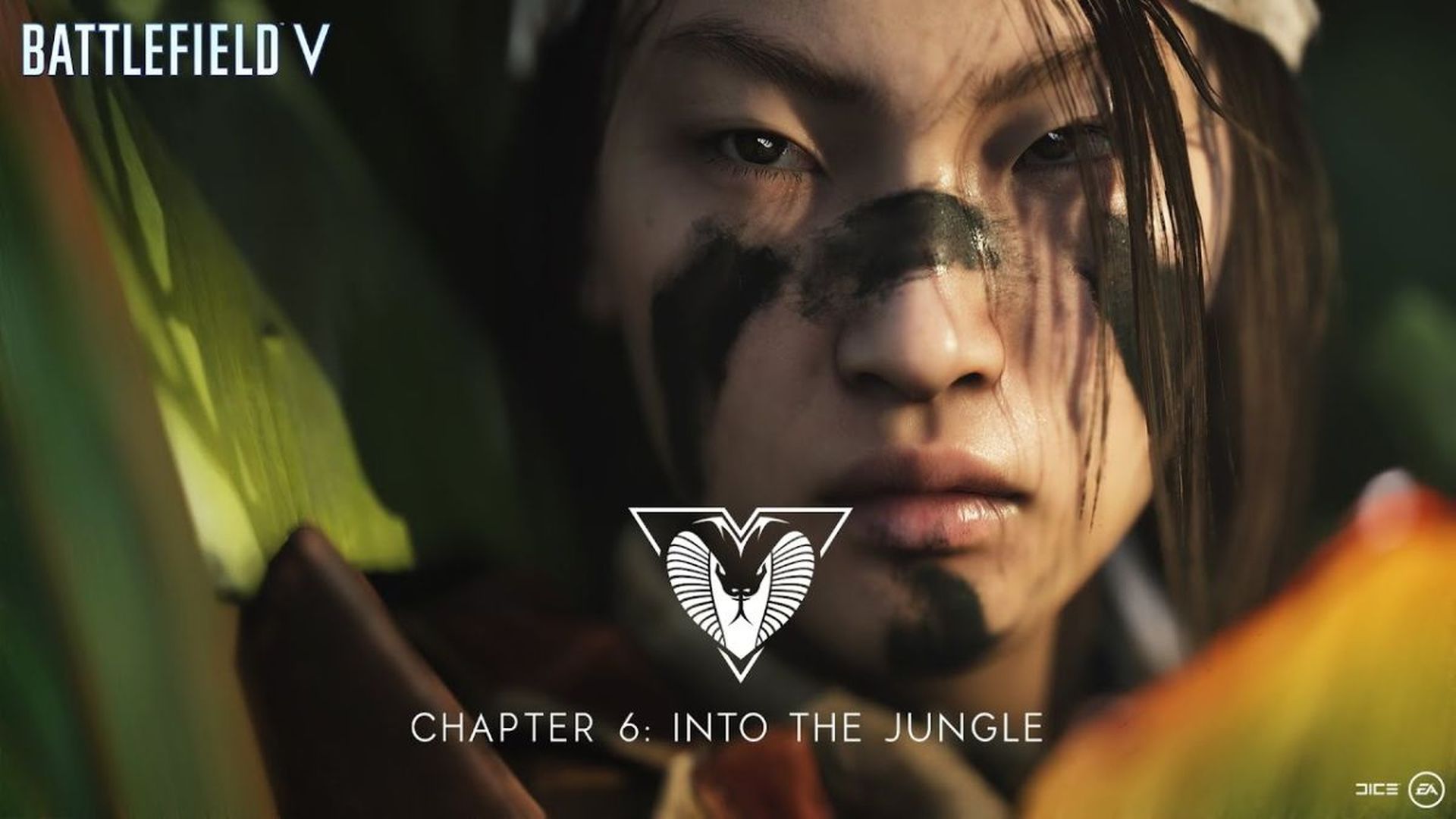 Battlefield 5’s Tides of War continues when Chapter 6: Into the Jungle debuts on February 6th for all platforms. Following the Pacific Theater, the latest chapter will see players battling in the Solomon Islands on Conquest and Breakthrough. Check out the overview trailer below.

Along with debuting a new map (designed by the same folks that brought us Argonne Forest from Battlefield 1), several new weapons will also debut. These are the Type 11 LMG for the Support class and M2 Carbine for Assault class. Players can also get their hands on the M1A1 Bazooka and Shitotsubakurai Lunge Mine.

While there will be new cosmetics to unlock, three new Elite skins will also be added with the chapter’s launch. Misaki Yamashiro, a commando in the Japanese army, is one that players can earn by hitting rank 40 (which must be done before the chapter ends). Two more Elite skins will be released over time so stay tuned for more details and patch notes in the coming week.