Battlefield 5 Will Debut On May 6

The future of Battlefield. 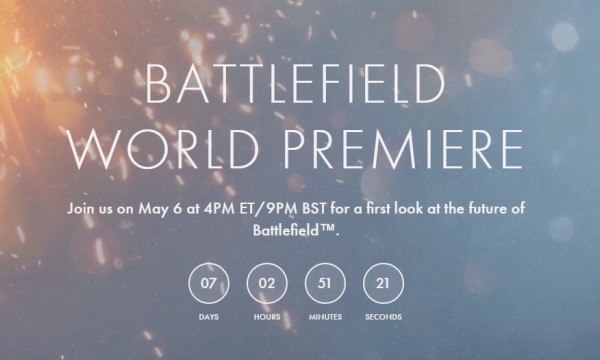 We’ve speculated about it for a very long time, but the time for that speculation is coming to an end- EA have confirmed that they will be taking the wraps off of DICE’s Battlefield 5 in exactly one week, on May 6.

The premier of the game will be more than just a release date and a trailer, though- EA confirmed that the announcement will also be accompanied by a developer panel. EA also states that the entire event will provide an “insight into the minds of the developers as you hear from the Creative Director Lars Gustavsson and Lead Producer Aleksander Grondal on the past, present and the future of Battlefield.

Additionally, “you will be able to join in the conversation as we open the floor to questions from viewers,” EA told VideoGamer.

Battlefield 5 has been rumored for a while now- apparently it takes the series back into the World War era, though specifics beyond those rumors are unknown. It is also unknown when exactly the game will launch, especially given that EA are also propping up Titanfall 2 as a tentpole shooter, and they probably want to avoid cannibalism.

Whenever it does launch, though, I think we can safely conclude that it will come to PS4, Xbox One, and PC.