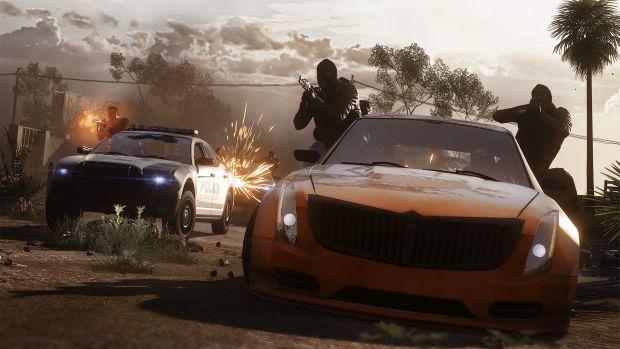 Visceral Games will be releasing the first DLC pack for Battlefield: Hardline later this month with Criminal Activity. Along with new maps and a new mode called Bounty Hunter, players will receive access to new weapons and vehicles.

According to a recent blog post, these weapons include a new pump action bullup shotgun with 14 rounds which can also use Breaching Rounds to destroy any sabotaged entrances. There’s also the new battle rifle which excels in mid to long range combat and can be equipped with armour piercing tracer rounds.

Those AP rounds are especially useful since they do increased damage to armoured targets and the tracing ability can make targets easier to keep track of. The nail gun might become a quick favourite though since it kills with one shot to the head at close range and makes no noise.

Criminal Activity will be out later this month but Battlefield Premium subscribers will receive the DLC two weeks earlier.