Battlefield: Hardline, the spin-off to the blockbuster first person shooter franchise and handled by Dead Space developer Visceral Games, is finally here. Along with all the expectations surrounding online performance and the overall fun of the new modes, there’s been a fair amount of discussion on the graphics. We analyzed the February 2015 beta across the PC, PS4 and Xbox One to reveal that the game bore quite a lot in common with Battlefield 4. In fact, we noted that it didn’t seem to be pushing any new boundaries and was largely similar in look to DICE’s 2013 FPS. It was even more interesting later when Visceral confirmed that PC gamers who could run Battlefield 4 would have no problem running Hardline. But we’ll get to that in a bit.

The key to Battlefield on current gen platforms is Frostbite 3. When DICE started out with Frostbite, it delivered such innovative features as HDR audio and Destruction 1.0. Version 1.5 introduced Destruction 2.0, taking the environmental destruction physics to a new level while also supporting DirectX 11 shaders in a minor fashion. The improvements seemingly kept coming with Frostbite 2 as both DirectX 11 and 64-bit CPUs were supported, along with the addition of Destruction 3.0 and real time dynamic lighting via Geomerics’ Enlighten.

Head to head comparison between the PS4 and Xbox One versions. Please select 1080p and 60fps for the best possible video quality.

And then came Battlefield 4, with Frostbite 3 seemingly unable to live up to expectations. While there was some improvement in the destruction, rendering, physics, etc. it was far from the massive leap that one expected from the newest generation of consoles. It didn’t help that Battlefield 4 didn’t hit 1080p on either the PS4 or Xbox One.

Such is the case for the resolution of Battlefield: Hardline on PS4 and Xbox One. As revealed by Visceral, the PS4 version is at 900p resolution while the Xbox One version is at 720p resolution. This is a far cry from the initial promise at E3 2014 to have a 1080p resolution and 60 FPS frame rate on both consoles. At this rate, we would have looked for those settings in the PS4 version, especially when you consider resource-intensive games like Dragon Age: Inquisition (also running on Frostbite 3) managed to achieve that feat. As for the Xbox One version, could its eSRAM have been a limiting factor? Creative director Ian Milham told us it wasn’t and one has to wonder if something changed somewhere in the past 6 to 8 months.

These rendering issues seem to be due to the framework on which Battlefield has been built. Again, when compared to games like Dragon Age: Inquisition, it’s odd since that game boasts more details but still operates at 1080p and 900p on PS4 and Xbox One respectively. Was Visceral simply unable to hit higher resolutions on both consoles or was it short on time?

Performance in the final build is remarkable closer to what we analyzed last month. Check out the video from the beta below. Please select 1080p and 60fps for the best possible video quality.

Whatever the case may be, the Xbox One’s 720p resolution is pretty inferior while the PS4 version shines. The post processing anti-aliasing seen in Battlefield 4 returns and it smoothens out many of the jagged edges seen in the beta. This doesn’t make it better than a full-blown AA solution but it certainly improves the image quality. In terms of frame rate, the PS4 version most consistently hits 60 frames per second in both campaign and multiplayer. The Xbox One version sees more drops but the overall average is at 53 frames per second versus the PS4’s 57 frames average. Interestingly, frame rate drops happen more on large maps like Dust Bowl. Downtown saw a more consistent 60 FPS on the PS4 compared to the Xbox One but overall frame rate performance in both versions mirrors the beta closely.

Volumetric effects, alpha effects and texture quality on both console versions are similar to the PC version’s High settings. It should be noted that the overall texture quality and its blandness are a result of development across generations. Shadow dithering is also an issue, especially on the Xbox One and PS4 which shouldn’t have problems like rippling shadows. The lack of any significant physical based rendering is also troublesome and characteristic of catering to the previous generation. Character models aren’t terrible looking but they’re a long way from those seen in Assassin’s Creed: Unity and The Order: 1886.

A head to head comparison between the PS4 and Xbox One versions of Battlefield Hardline. 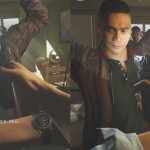 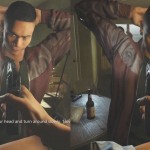 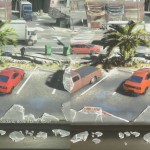 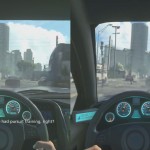 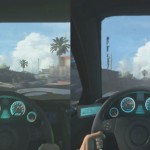 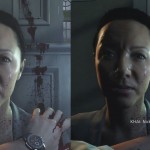 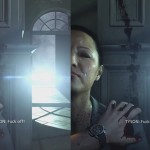 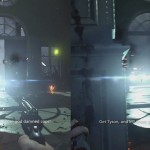 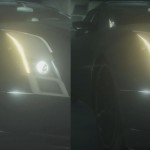 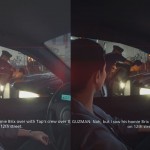 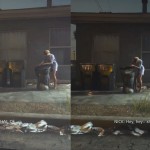 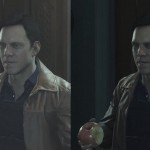 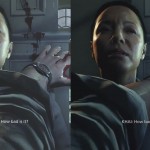 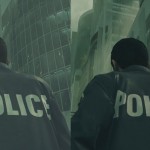 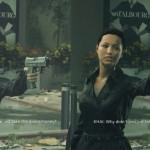 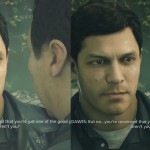 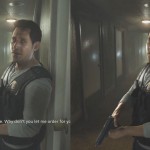 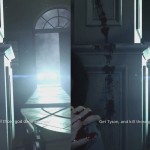 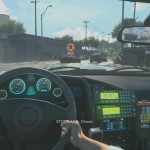 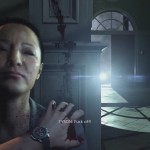 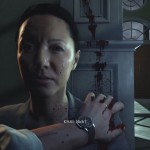 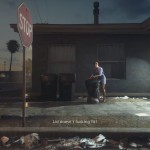 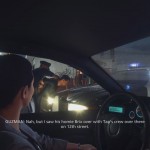 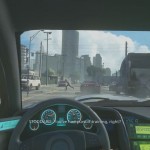 The good news is that both console versions support HBAO leading to more realistic shadows across objects and environments. As has been the trend lately, the Xbox One version has better texture filtering compared to the PS4. At least the lighting on Frostbite 3 is still strong. Global illumination is paired with Enlighten. The latter combines rapid iteration and advanced runtime technology to bring global illumination to several different platforms, delivering dynamic lighting across baked static light maps. It also improves indirect lighting in geometry with large normal deviations. To put things simply, the technology really struts its stuff during the night time settings in Hardline where the environments best come to life.

For the PC version, Visceral promised to cater to players with a wide range of options. Frostbite 3 has always had little issue on the PC and such is the case with Battlefield: Hardline. Setting the resolution to 1920×1080, we tested the game across four different GPUs with an Intel Core i7-5960 and 16 GB of RAM. The results are as follows:

Multi-sample anti-aliasing can be a major resource hog but there are other AA options available. The game is highly scalable overall but you’ll still need a good CPU with a mid-tier GPU to achieve the highest settings. As Visceral has already stated, if you were able to run Battlefield 4 at 1080p and 60 FPS in 2013, you’ll have little issue achieving the same in Hardline. Those with lower configurations can still play around with the settings enough and find something that works for them.

If Battlefield: Hardline’s failings could be summed in a few words, they would be “cross-generational development”. The texture quality, lack of physical based rendering and shadow dithering are major issues on the Xbox One and PS4. Despite (mostly) hitting 60 frames per second on both versions, Battlefield: Hardline feels like an incremental increase over Battlefield 4’s visual fidelity, impressive real time lighting and weather effects aside. The lower resolution on the Xbox One is a shame and it would suit EA to focus more on optimizing the franchise for current gen platforms in the coming years.

The PS4 version excels in the console comparison thanks to a better frame rate and higher resolution. However, in terms of the highest quality graphics with top-tier AA settings, it’s the PC version which continues to reign supreme.