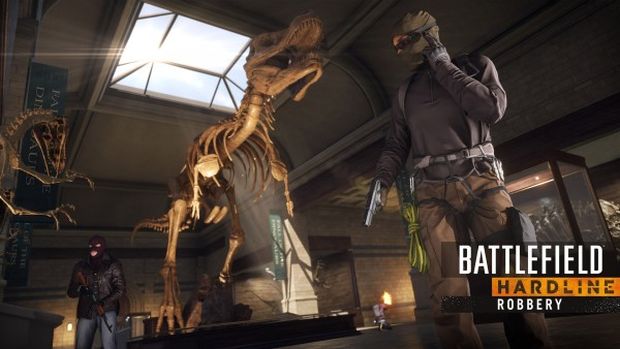 True to its word, Visceral Games’ new DLC for Battlefield Hardline, dubbed Robbery, will feature a brand new mode. It seems the focus of this DLC will be big scores and Visceral is adamant on delivering some killer heists this time around with the new Squad Heist mode, which supports 10 players total.

One group will be in charge of pulling off the heist while an opposing group has to stop it. It’s very similar to Squad Rush and involves the crooks drilling two vaults before making off with the cash. The cops, of course, have to stop them.