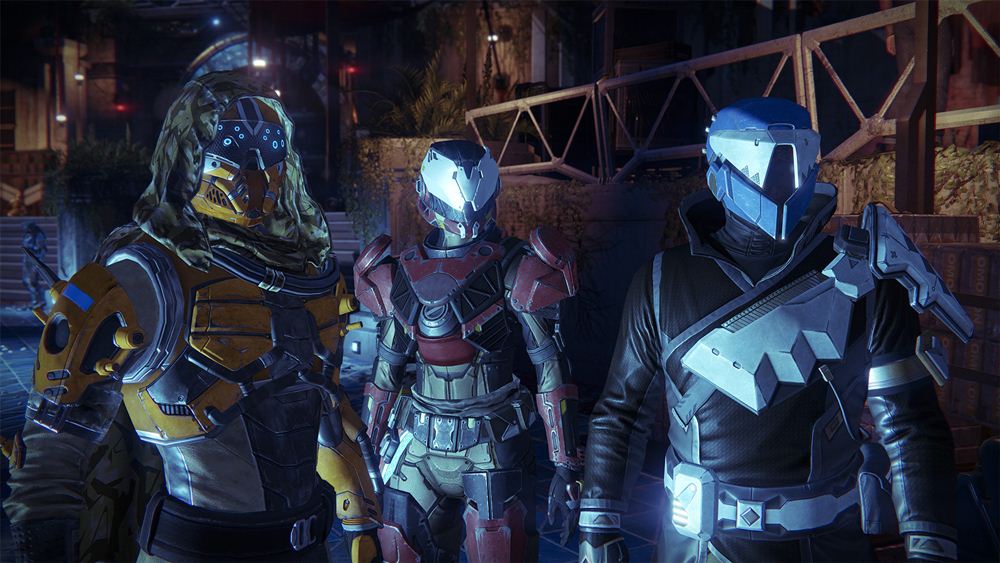 Developers are now, more than ever, emphasizing on experiences you can enjoy with your friends. This has led to some titles ostensibly focusing on online-only gameplay while others struggle to have their co-op mechanics running on day one (but don’t worry – we’ll get to Assassin’s Creed: Unity soon enough). Regardless, 2014 was as heavily focused on co-op as next year is expected to be especially with games like Tom Clancy’s The Division, Bloodborne, Battlefield: Hardline and more set to arrive.

What were the stand-out experiences of this year? Was it the traipse into Destiny’s Vault of Glass which took teams several days to figure out, not to mention the current Crota’s End raid which many are still yet to beat legit? Was it Borderlands: The Pre-Sequel and it’s wacky story-line replete with loot trading, powerful enemies and hijinx? Heck, when it actually worked, was it the co-op heists and assassinations of Assassin’s Creed: Unity that simply demanded some one mess things up for added fun?

Unsurprisingly, it was a game that saw immense success last year for its co-op gameplay. 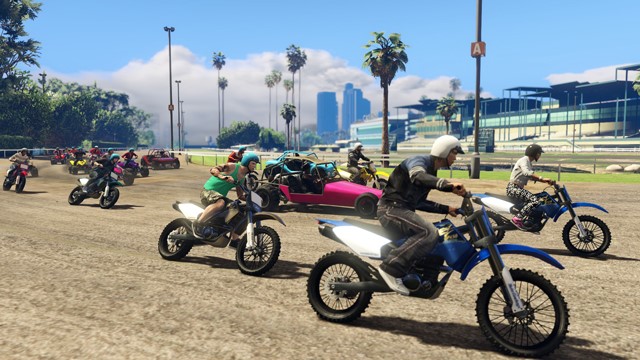 You may scoff and think we only mean the Xbox One and PS4 versions of Rockstar’s masterpiece when we say it’s the Best Co-Op Multiplayer Game of 2014. We won’t argue that first person mode and improved visuals made co-op tons of fun on the current generation either.

However, it was Rockstar’s continuing support for Grand Theft Auto Online that’s made it the most addictive game with friends till this day. New content in the form of missions, a Job Creator, playlists, weapons, vehicles, properties, costumes and so much more has been added to Grand Theft Auto Online that it’s overwhelming. The best part? It’s all been available for free. No extra charge whatsoever.

Now this is one category that’s been a real doozy. As much as developers focused on co-op, there was still a prevailing school of thought for competitive multiplayer. It also helped that Nintendo brought two of its biggest competitive franchises to the Wii U this year with Mario Kart 8 and Super Smash Bros. The surprisingly good multiplayer component for The Last of Us was given a new leash on life when Naughty Dog brought the Remastered edition to the PS4 this year.

This isn’t including the usual competitive fore-runners like Call of Duty: Advanced Warfare and Halo: The Master Chief Collection. However, due to a range of issues from matchmaking an unbalanced lobbies to lack of dedicated servers and horrible spawn points, both games were knee-capped at launch. The mechanics may have been there to make both games fun and they have been patched extensively – with Halo: MCC having better success than Advanced Warfare – there’s still more work to be done.

Which game walked away with the award for Best Competitive Multiplayer of 2014 then? The choice wasn’t easy but it felt right.

Respawn Entertainment’s first game was hyped to the moon and back before it released. While player numbers continue to dwindle, Titanfall delivered on being the best competitive multiplayer experience of the year.

It hasn’t been an easy journey. The online-only first person shooter suffered from a lack of content, Smart Pistol woes, matchmaking issues complaints of repetitive gameplay, the usual bugs and a severely different style of play from Call of Duty. But it had tons of dedicated support from Respawn, right down to the dedicated servers that insured a silky smooth experience till this day. The developer even added new modes including a co-op based Frontier Defense mode completely free.

However, it was the gameplay of Titanfall that made it one of the most enjoyable games of the year. From the fluid parkour movement to the sheer focus on strategy and skill over drop-shots and kill-streaks, Titanfall rewarded players for simply being better than the competition. Even the weapons, despite the limited selection, each had their own line of mastery and alternative firing modes. Love it or hate it, Titanfall stood out as the best way to reinvent the first person shooter genre without severely breaking the mold. 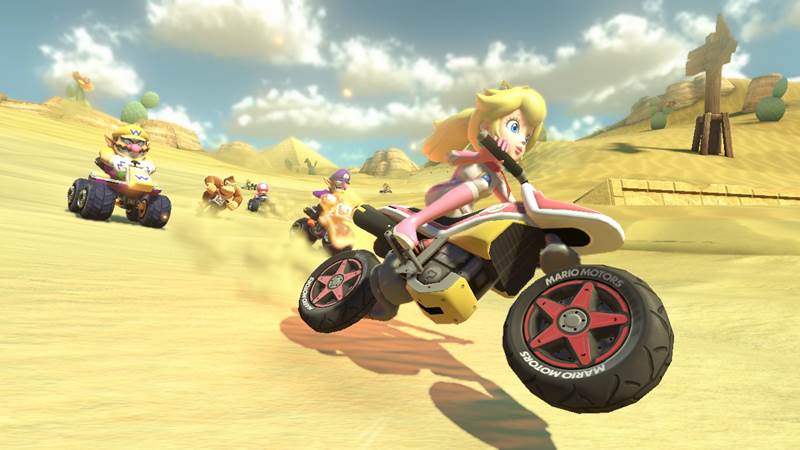 Graphics may be the first thing a person when witnessing a new game but sound plays an even more pivotal role than ever in immersing one in it. Where would games like System Shock 2 be without the amazing sound behind it, reminding you of danger around every corner? Would Nathan Drake have been as appealing a protagonist as he turned out being without the stellar voice acting behind him? The Last of Us would have certainly been less than emotional without Gustavo Santaolalla’s amazing score.

This year, we decided to look at games with the most stellar effort in every single aspect of sound. Some efforts like The Last of Us: Remastered were considered but really, it is just the same game from last year in terms of sound. Alien: Isolation, like the original Alien film, made excellent use of its audio to create the surreal feeling of dread from being hunted by a Xenomorph despite the voice acting being a tad weak.

Mario Kart 8 seemed to have things in the bag with its awesome music, voice overs and sound effects. But one game would rule them all this year and it wasn’t hard to see why. 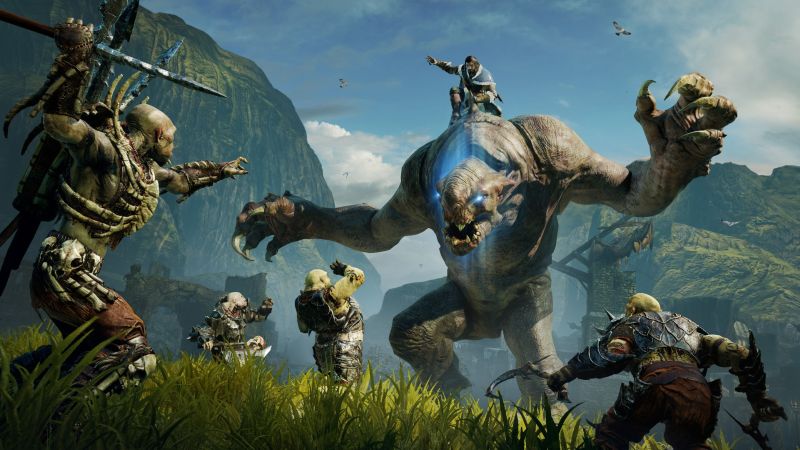 The soundtrack by Garry Schyman and Nathan Grigg embodied the spirit of Middle Earth while still evoking an action movie feel. Troy Baker’s work as protagonist Talion was stellar but it was equally matched by the rest of the cast including Alastair Duncan as Celebrimbor and Nolan North as the Black Hand of Sauron. The opening sequence of the game probably wouldn’t have been as chilling without the soft slitting of throats or the manic clanging of swords in the thunderous rain.

However, the voice acting of the Orcs is easily one of the most stand-out features of the game. Monolith not only crafted individual personalities for each Orc Captain and Warchief but recorded tons of dialogue for that added bit of uniqueness. You may find some lines being repeated but it’s amazing how each Orc feels like its own entity with the right of amount of varying inflection and tone in their voices.

For an all-round excellent effort in every conceivable department of sound, Middle Earth: Shadow of Mordor is our pick for Best Sound of 2014.

Tagged With: Alien: Isolation, Best Co-Op And Competitive Multiplayer of 2014, Best Sound of 2014, Game of the Year Awards 2014, Mario Kart 8, The Last of Us: Remastered, TitanFall