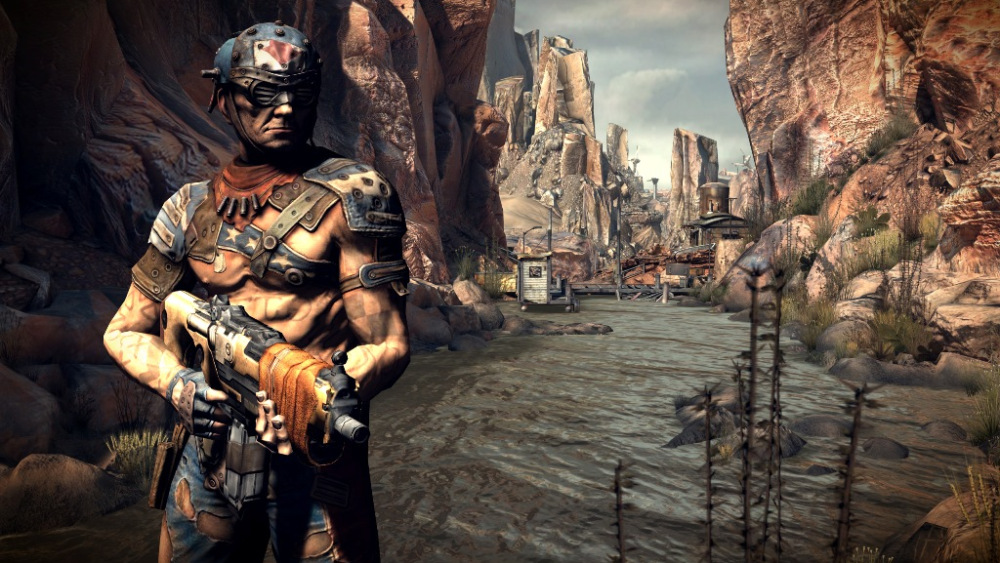 When Walmart Canada leaked a number of listings for supposed upcoming games (which it later confirmed was only its own estimations), Bethesda Softworks was quite miffed to see RAGE 2. Not only did the official Twitter account respond but Bethesda VP Pete Hines also voiced his displeasure.

However, it could be that a RAGE 2 announcement was on the cards all along. Bethesda has been tweeting out a number of different images, including the Big Ben painted pink and pointing at 5:14 PM. Naturally, many have already begun to assume that a reveal is coming on May 14th.

So why could it be RAGE 2? Well, among other images tweeted, one showcases a cosplayer dressed as a character from RAGE. These are small hints, we know, but unless Bethesda is trying its hardest to divert our attention from something else, they’re the best leads we have.

Bethesda’s E3 2018 conference will take place on June 10th at 6:30 PM PT/ 2:30 AM BST and will be the company’s longest till date. Who knows what else we could see? Let us know your thoughts in the comments.