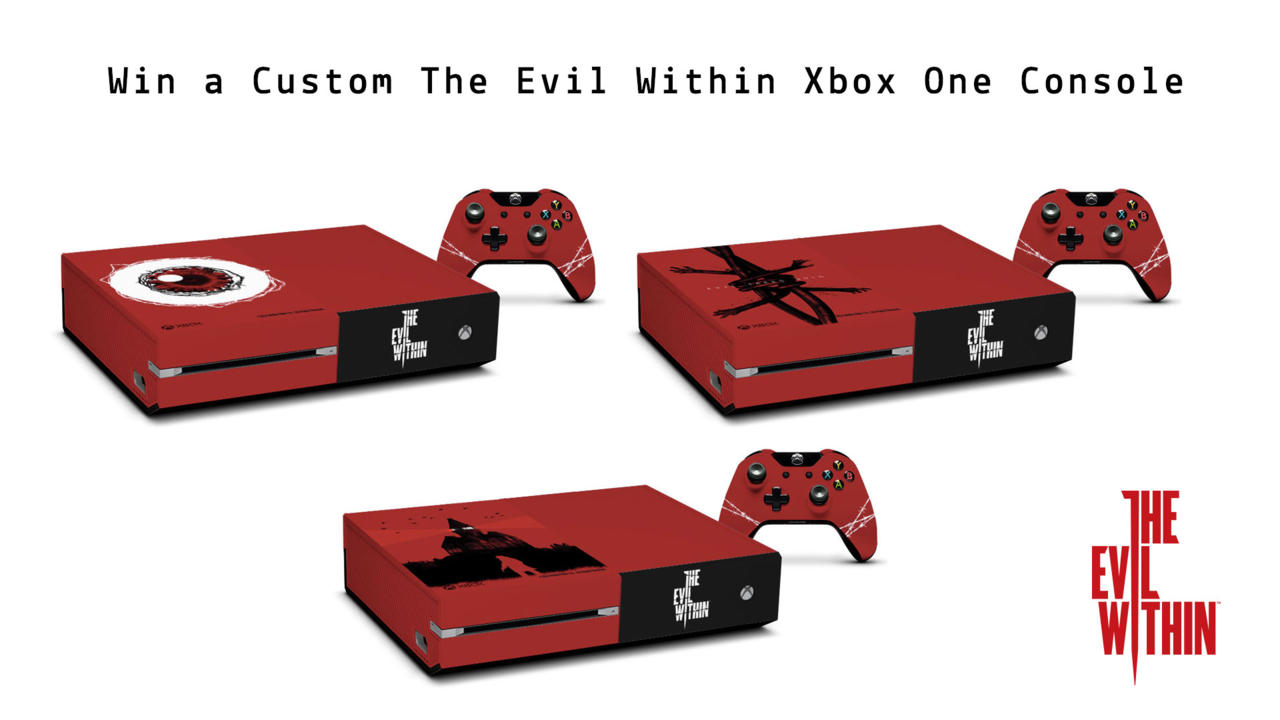 As if Microsoft offering unreleased Xbox One games on the showfloor at PAX Prime wasn’t reason enough, they are also offering another compelling reason to engage with them at the upcoming convention- they will be offering, you see, custom Xbox One consoles themed for The Evil Within, the upcoming survival game from Shinji Mikami and Bethesda, to a ‘lucky few’ at the convention. Or well, Bethesda will be, in any case.

Attendees who attend Bethesda’s event at PAX Prime will be entered to win one of these three custom, rather sexy looking, Xbox One consoles (pictured above). If you want to win this, then, you have to attend the event, which in itself is going to be open only on a first come, first serve basis, and only to those who are eighteen years of age, or older.

The Evil Within launches later this year on Xbox 360, Xox One, PS3, PS4, and PC. Stay tuned to GamingBolt for more coverage and information, as well as all the latest and greatest from PAX.