THQ Nordic announces another set of special editions for an upcoming title.

THQ Nordic has made a name for itself by buying and reviving older IPs, most of them that were under the original THQ banner (Nordic is not actually the same company). One interesting game that isn’t a holdover from that time is the original title, Biomutant. While it’s a new IP, it’ll be joining the likes of Darksiders and Destroy All Humans! in having its own set of special editions.

Upgrading a bit more, you get the Atomic Edition, which includes all of the above, but swaps out the single figure for a Diorama of the same character battling one of the game’s monsters, and adds a T-Shirt, mouse pad and special edition steelbook. It will retail for $399.99 / €399.99 / £349.99 across all platforms.

Biomutant doesn’t have a date yet, but is slated to release sometime this year for PlayStation 4, Xbox One, and PC. You can preorder the Collector’s Edition now, with the Atomic Edition said to be opening for preorder at a later date for select retailers. 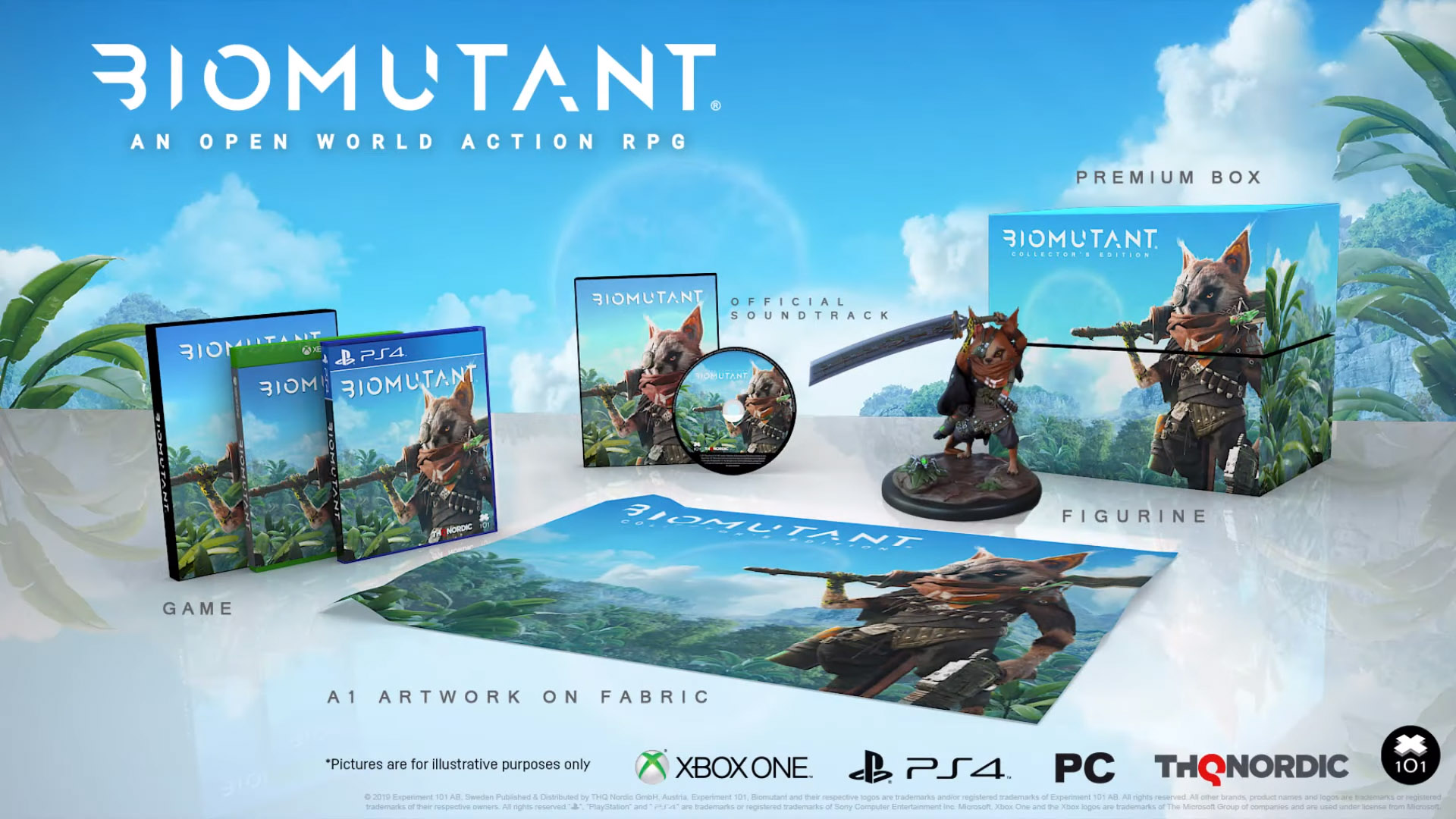