In their latest message of the day, Treyarch is in the Christmas mood.

Treyarch is spreading the Christmas cheer with Call of Duty: Black Ops 2. Which is to say they’ve released a new daily message (originally posted on Reddit) asking seasoned players to go easy on the newbies. Also for the newbies to get their rears in gear if they don’t want to die. 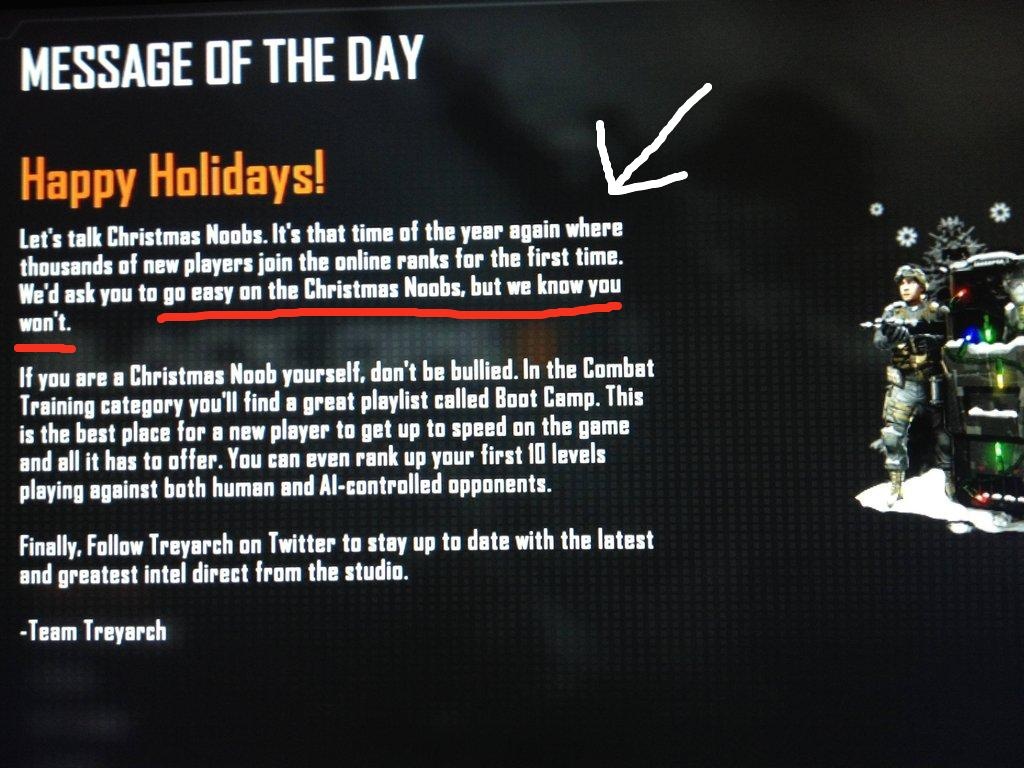 “Let’s talk Christmas Noobs. It’s that time of the year again where thousands of new players join the online ranks for the first time. We’d ask you to go easy on the Christmas Noobs, but we know you won’t.

“If you are a Christmas Noob yourself, don’t be bullied. In the Combat Training category you’ll find a great playlist called Boot Camp. This is the best place for a player to get up to speed on the game and all it has to offer,” which ends all the good advice the message has to give.

And really now, when it comes to the most successful multiplayer game currently, what more do they need to do?