Bartosz Kapron, CEO and creative director at The Parasight, speaks with GamingBolt about the studio's upcoming action-adventure game.

The folks at The Parasight have quite a bit of experience with the horror genre, having previously worked on several games at Bloober Team, but with their upcoming game, they’re bringing a unique flavour to the horror experience. Blacktail looks like a charming fairytale adventure at first glance, but the game is promising a dark and twisted narrative inspired by Slavic folklore, with an emphasis on tense gameplay and tough moral decisions. All the elements seem to be in place for an interesting action-adventure title with horror undertones, in short, and curious to learn more about Blacktail and what will make it tick, we recently sent across some of our questions about the game to its developers at The Parasight. You can read our conversation with CEO and creative director Bartosz Kapron below. 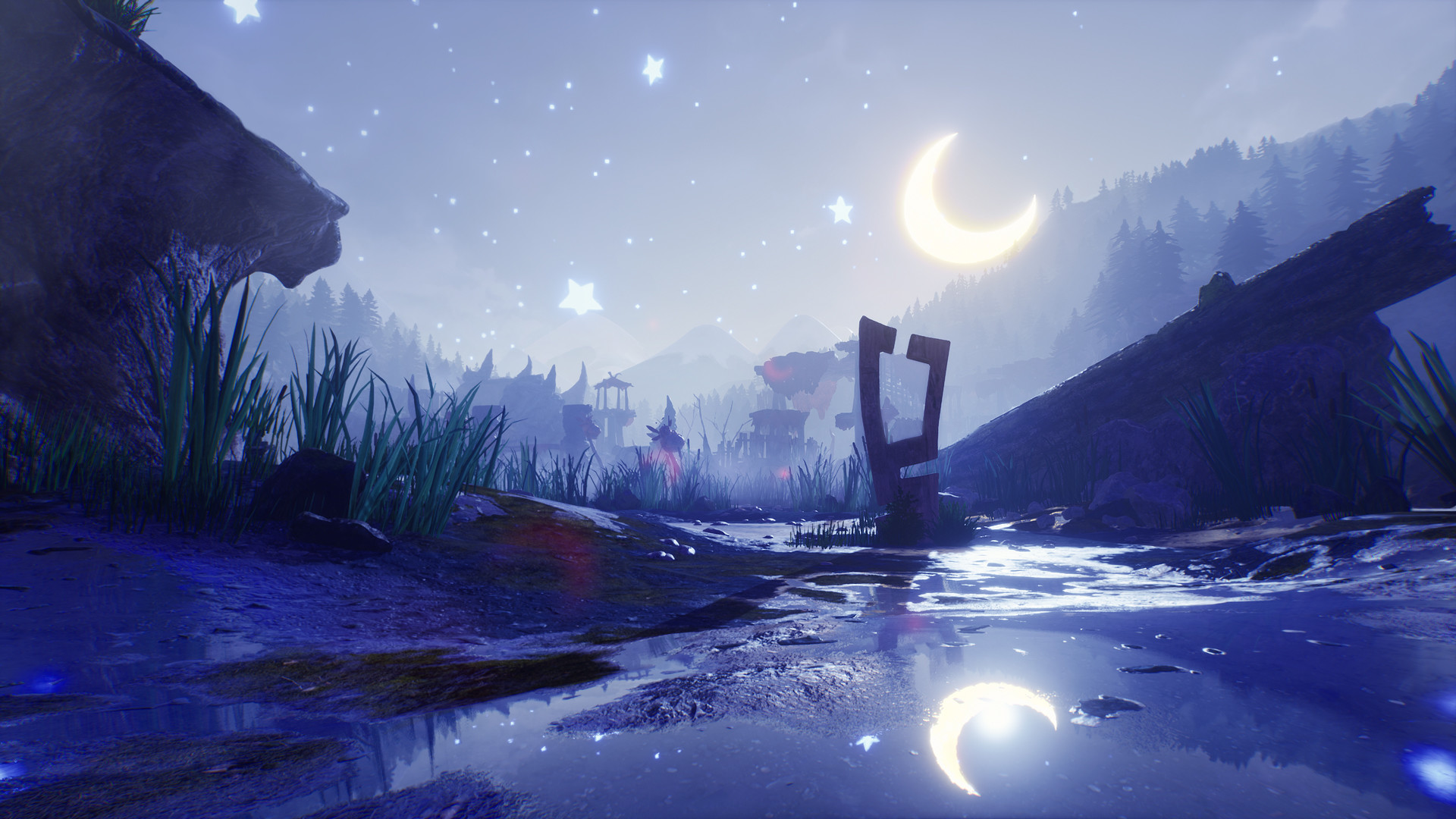 "When thinking about Blacktail, we were looking for a significant and vibrant character that would be deeply rooted in the local folklore but still relatable for different cultures."

Blacktail’s got a fascinating premise that’s drawing from Slavic folklore, especially with its focus on the Baba Yaga. Can you talk about how the idea for this premise first emerged?

One of The Parasight team’s main principles is making creative use of great ageless narratives like legends or fairy-tales and forge them into fantastic realms to tell unique, original stories within them. When thinking about Blacktail, we were looking for a significant and vibrant character that would be deeply rooted in the local folklore but still relatable for different cultures. There’s always some evil in the woods, you know—Slavic Baba Yaga has many counterparts in other mythologies.

Baba Yaga is certainly a puzzling character. You can’t say exactly whether she’s evil or good. She’s always been somewhere in between. This ambiguity comes from different tellings of the tale and her nature varies depending on the region. We saw that as the potential to provide players with an opportunity to forge their own stories. Did Baba Yaga live in the gingerbread house or the house standing on a chicken leg? Did she cook children in the cauldron and eat them, or did she help wanderers lost in the woods? What events lead to either of those outcomes? A number of common cultural tropes rooted deep in this tale is impressive and provides a full canvas for our creativity. We want the player to explore our take on the overarching origin story while creating their own image of Baba Yaga in the dark fairytale setting we’re working on.

You have a team comprised of many who have had a lot of experience with the horror genre- is that something that Blacktail is going to be leaning on heavily?

The most important lessons we took home from working in the horror genre were tension and pacing throughout the narrative. That being said, we’re far from done exploring the darkness itself. Myths, legends, and fairy tales are some of the oldest narratives known to humanity. Over the years, they have become sweet and dull bedtime stories. But we have to keep in mind that initially, folk tales were dark and scary. And they were like that for a particular reason—they were meant to warn and remind us that in the dark corners of the world, somewhere beyond the surface of everyday reality, dwells an unknown, unspeakable evil. Acts of violence, cruelty, and breaking taboos were inseparable elements of such stories.

We draw enormous amounts of inspiration from ancient folk tales, so Blacktail’s story premise is quite dark too. As a result, the game’s overall atmosphere and certain events will border on thriller territory. Instead of cheap scares, we’re looking to add a pinch of suspense and a tingling feeling of dread. So while Blacktail remains a choice-heavy action-adventure, players are definitely in for some bone-chilling moments. 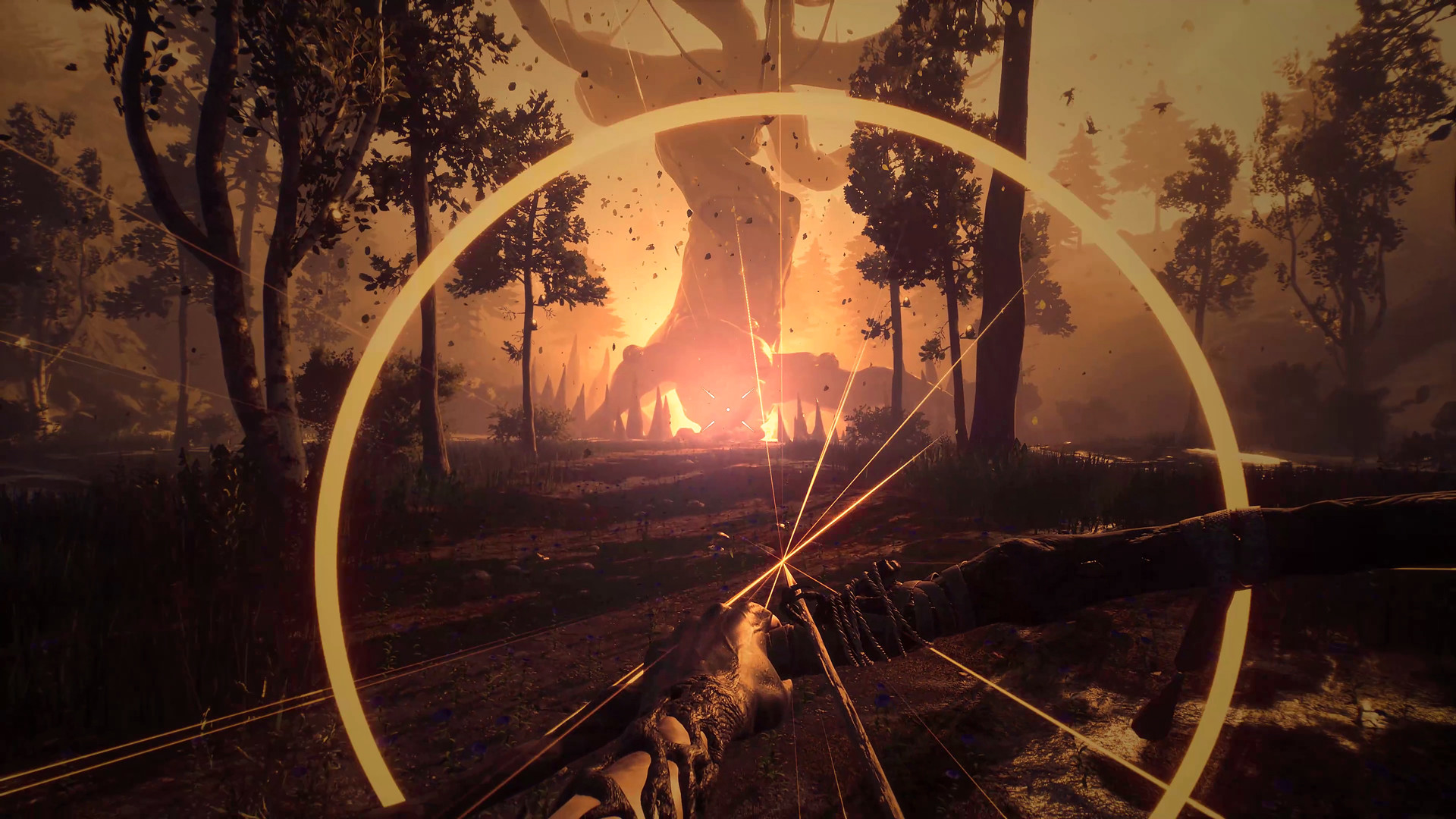 "The most important lessons we took home from working in the horror genre were tension and pacing throughout the narrative."

The focus on both archery and melee combat, specifically with a gauntlet, is an interesting element in the game. Can you talk about how those two balance each other out, and how much variety players can expect from the game’s combat encounters?

The gauntlet is more of a way of keeping the enemies at a safe distance. Our primary focus is bow combat—the player will have multiple mechanically different arrow types at their disposal, all of which can be modified via various passive and active skills of their choice. Couple that with environmental hazards (that can play both to your advantage and disadvantage), some specific movement mechanics and different enemy types, and what you get is a battle system that relies heavily on clever tactics, preparation, and reflexes. A fragile ‘glass cannon’ build with increased damage? Go for it but keep moving, don’t let them hit you. Or maybe more of an ‘Area of Effect crowd controller’ relying on damage over time? We’ve got you.

How extensive is the morality system in the game going to be? Will it impact the story and how it plays out in significant ways?

The morality system is a crucial gameplay mechanic which we’re using widely throughout the game, both through the main storyline and in various sidequests. The player’s morality level has a massive impact on how the game is played by modifying the protagonist’s skill set accordingly. It also determines which characters are willing to cooperate with Yaga and which are hostile. In the course of the game, the player will be able to switch their morality whenever they decide—it won’t be easy to go from bad to the bone to a perfect angel, but with a bit of work it’s still possible. Morality will also significantly affect how the story ends, but obviously, we won’t go into details about that now.

The morality system having an impact on the gameplay itself is one of the game’s most fascinating elements. Can you talk about how that will play out from a mechanics point of view, and how much abilities will vary based on the choices players are making?

Some passive skills will be exclusive for either good or bad characters, and the strength of their effects will depend on how far on the morality spectrum the player will go. There will also be a particular active ability that has additional effects dependent on morality in a similar way. This ability will surely help players ‘sweep’ enemies away. By the way, what’s the best tool for sweeping that comes to mind?

Roughly how long will an average playthrough of Blacktail be?

It’s still too early to make any public statement about how long it will take to beat the game, but one thing you can be sure of: Blacktail is not a game for a single evening, not for two evenings either. Completing the main quest may even keep you awake longer than a night marathon with your favorite trilogy’s director’s cut. Plus, it is also too early to reveal how extensive will all the side content be. We all know that playthrough times also rely heavily on individual playstyles. All in all, you can be certain that Blacktail will keep you entertained for quite a while. 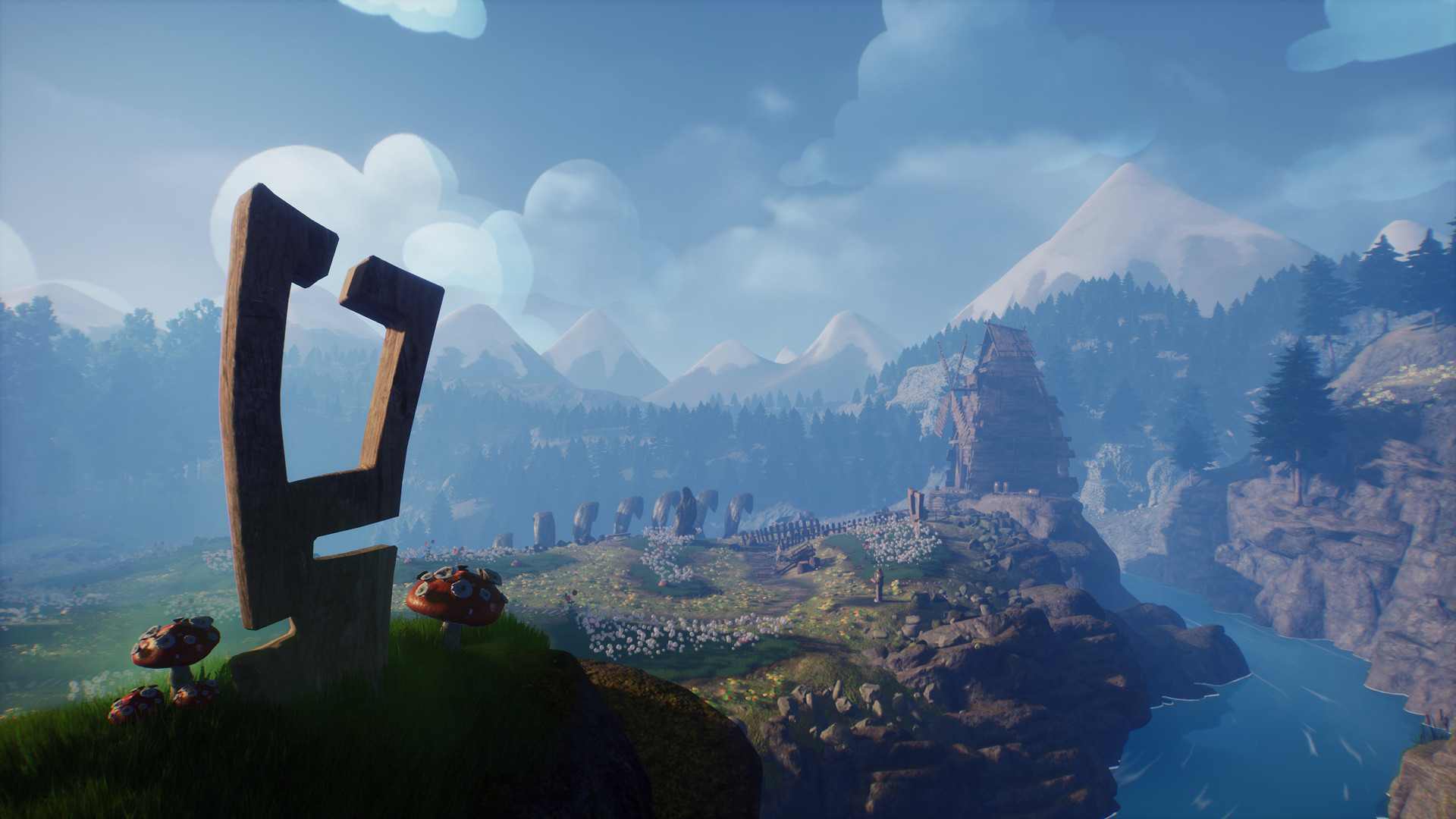 "The morality system is a crucial gameplay mechanic which we’re using widely throughout the game, both through the main storyline and in various sidequests."

Why did you decide to launch only for the new consoles? Was it a matter of not wanting to be limited by the PS4 and Xbox One’s aged hardware?

As an indie studio working on its debut game, we chose to cut down unnecessary limitations so that our creative vision does not suffer. Having more powerful hardware at our disposal enables us to focus more on the design and narrative aspects of the game, instead of putting effort into porting the game for all available platforms. Captivating gameplay and intriguing story are our priorities for Blacktail.

I think the difference between PS5 and Xbox Series X is not that significant. I’m pretty sure that every game developer is happy that we have no recurrence of the situation from “old gens”, where we had a significant difference between PS4 and Xbox One—which in particular took its toll in recent years. We need to remember that if we are publishing the game on different platforms, we always need to consider the weakest hardware.

I think Series S is a very ambivalent piece of hardware. On the one hand, it makes the new generation much more affordable. On the other hand, everyone has doubts as to whether it won’t be a ball and chain, especially when the next gen will kick off for good. Personally, I think that despite the obvious difference in the target resolution in the future, we may also witness setting scaling between series X and S. 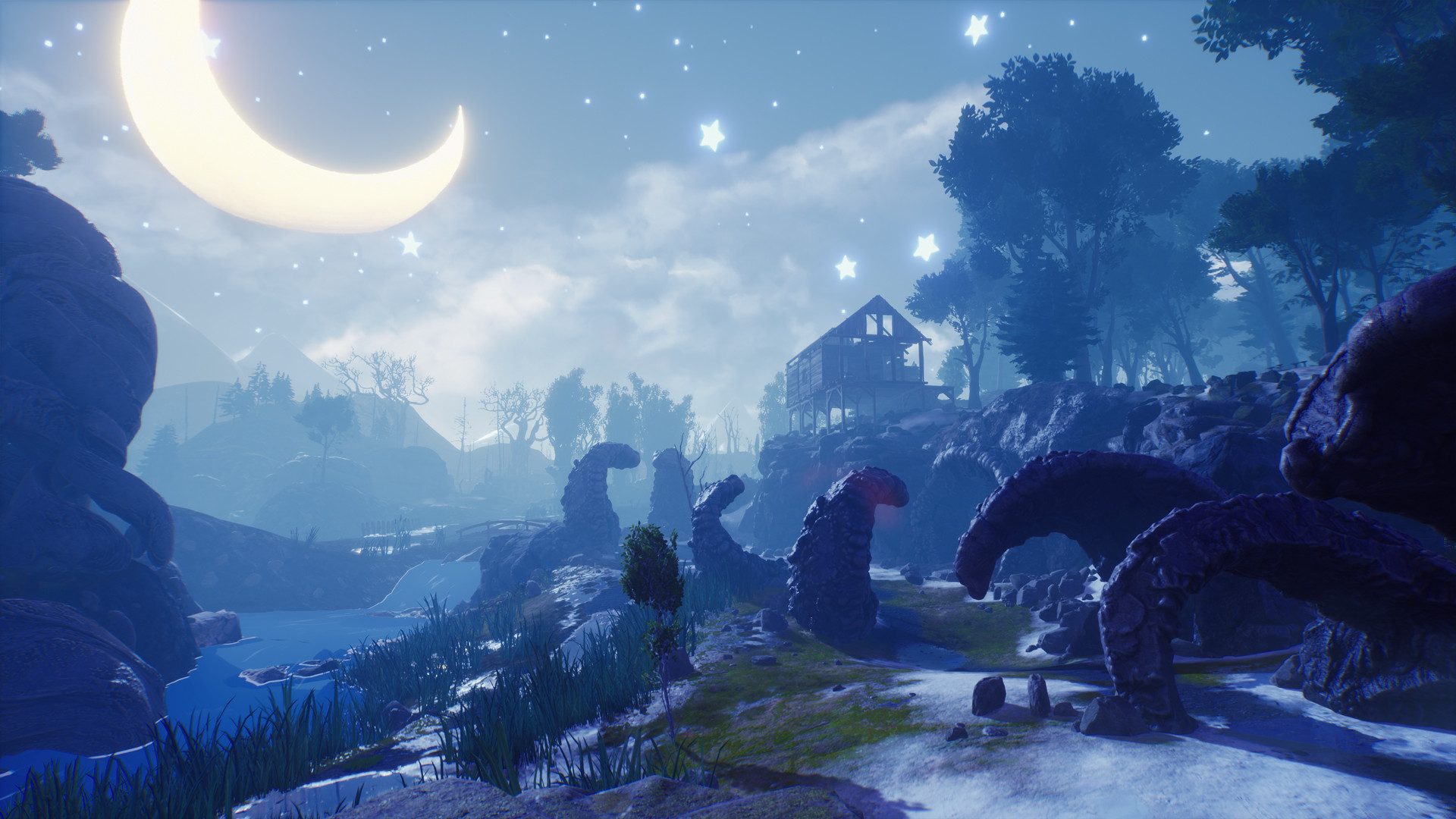 "As an indie studio working on its debut game, we chose to cut down unnecessary limitations so that our creative vision does not suffer. Having more powerful hardware at our disposal enables us to focus more on the design and narrative aspects of the game, instead of putting effort into porting the game for all available platforms."

What frame rate and resolution does the target on PS5 and Xbox Series X and S?