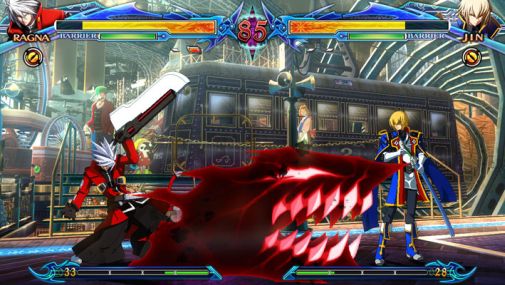 Japanese magazine Famitsu has revealed some new information Arc System Works’ BlazBlue: Chrono Phantasma. Besides support between 1 to 8 players – with an indication that those players would be relegated to lobbies while the actual 1 vs 1 fights are happening – it also seems that the fighting game will feature DLC.

As of now, it’s not known what kind of DLC exactly will premiere for the PlayStation 3 title but this will likely include new characters and unlocks for special features. It’s also hardly new for the franchise given that Continuum Shift, its predecessor, had 3 downloadable characters and the ability to obtain Unlimited Characters.

BlazBlue: Chrono Phantasma is the next edition in Arc’s signature 2D fighting series, published by Sega. It will feature four new characters, returning cast members but with new attacks and more balanced movesets, new stages, mechanics and much more. To top it off, all the returning characters’ portraits have redrawn as well and some even have new costumes.