Suhaila and Raijin join the cast for a total of four playable characters. 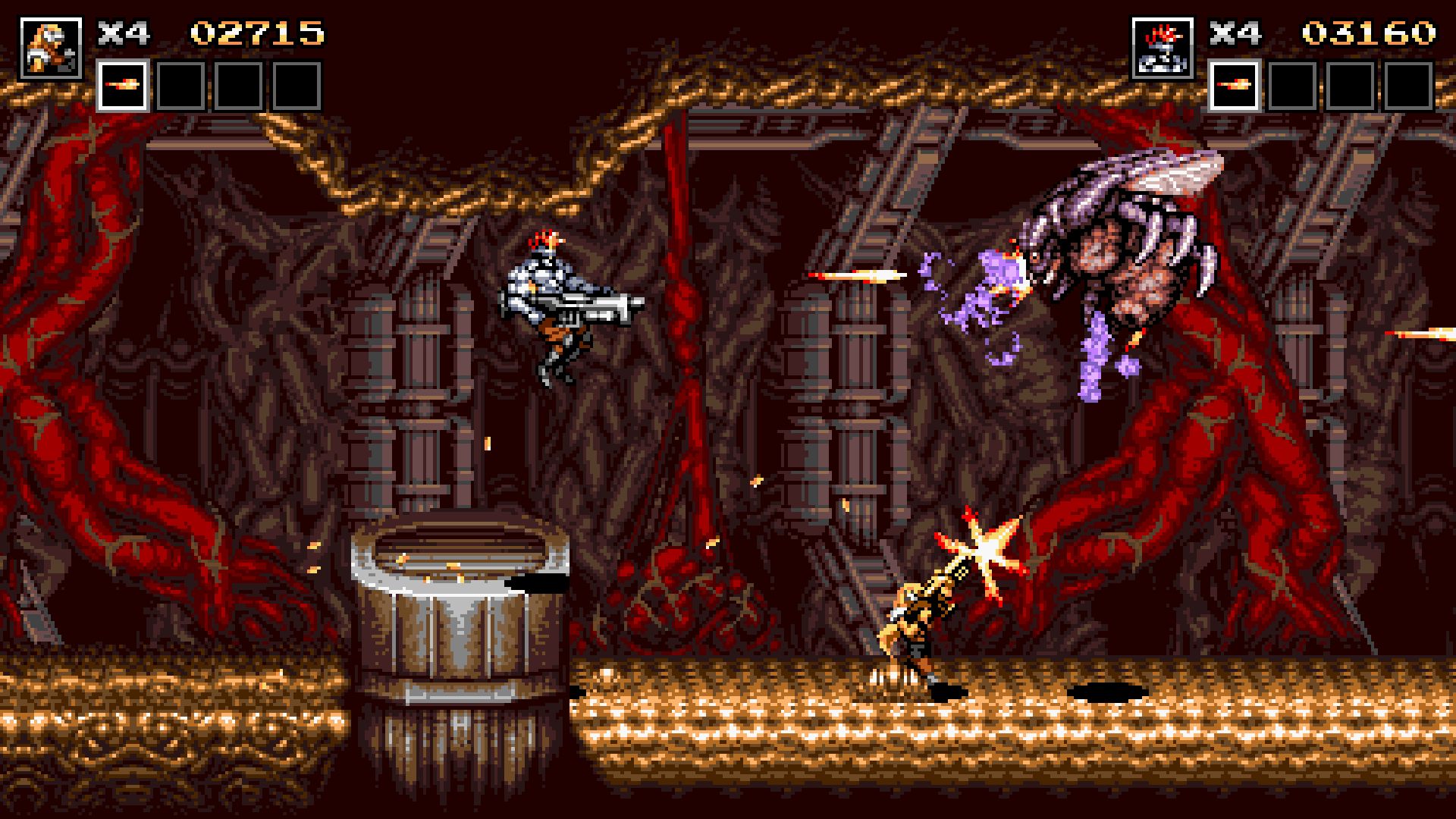 Fancy a retro throwback to Contra (not Contra: Rogue Corps, of course)? JoyMasher has you covered with Blazing Chrome, a run ‘n’ gun action platformer that captures that signature 16-bit vibe. Even better is that the game has a release date – it’s out on July 11th for Xbox One, PS4, PC, and Nintendo Switch.

The latest trailer is also noteworthy, because it features two secret characters. Suhaila has a robot arm, while Raijin is a ninja. Really, what more could you ask for? They join Mavra and Doyle, who are available from the outset, though how they’ll be unlocked is unknown.

Blazing Chrome features five different environments for its campaign and includes set-pieces like riding a motorcycle in a chase scene. There are enormous bosses to fight, but much like games from that era, Blazing Chrome will be tough. You might die a fair number of times before actually seeing the end. Stay tuned for more details on the game en route to release.