Blizzard “Hard At Work” on Diablo’s Future, No Announcements At Blizzcon

As per community manager Brandy Camel, an announcement will happen "at some point" in the future. 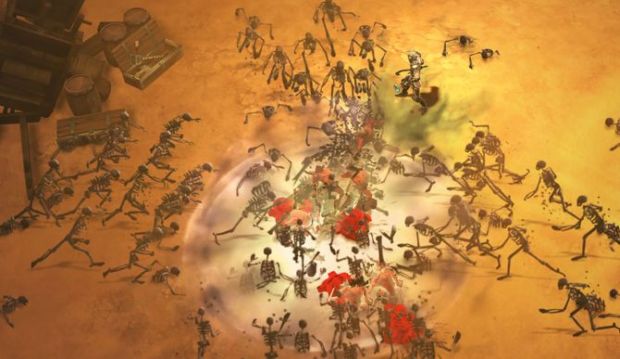 It’s crazy to think that Blizzard Entertainment’s Diablo 3 was first released in 2012 with its follow-up expansion Reaper of Souls releasing in 2014. The game has been supported with a number of free updates including new regions, new Legendaries and new enemies since then. It even saw a new paid class with the Necromancer releasing earlier this year.

However, everyone is waiting for that next big Diablo announcement, whether it’s news on a brand new expansion or a sequel. Unfortunately, if you’ve been holding out for BlizzCon to see any news, you’ll need to wait longer. Blizzard community manager Brandy Camel noted in the official forums that while the developer was “hard at work on the future of Diablo and exploring what’s next for the franchise”, there won’t be any announcements at BlizzCon.

“This year, we want to give you a heads-up that while Diablo will be on the show floor, we won’t be making any new Diablo announcements. There will be a time for that at some point in the future, but that time is not now,” Camel said.

Diablo 3 does currently have a major balance patch on the Public Test Realm which buffs a number of sets, items and classes, thus increasing build diversity for the better. That doesn’t currently have a release date but it’s expected to coincide with the next Season.