Have a copy of Blood Bowl? Now avail of a discount on the upcoming Chaos Edition. 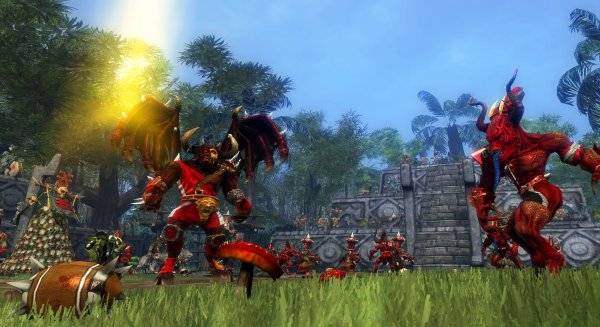 Blood Bowl Chaos Edition kicks off in a week, and will include “23 playable races including 3 new races such as the malevolent Chaos Dwarfs, the outcasts from the Underworld teams, and for the very first time in Blood Bowl, the merciless Khorne Daemons. For their part, Amazons and Lizardmen inaugurate the all new stadium built in the middle of their tropical jungle… a foretaste of the new solo game mode “World Cup”, which is promising intense and bloodier tournaments!” At least, that’s what the PR promises.

A interesting offer for players who already own Blood Bowl – be it the standard, Dark Elves or Legendary editions – can avail of a discount on their purchase of a digital version of Blood Bowl Chaos Edition, on both the official store and on Steam.

Blood Bowl Chaos Edition will be available on October 11th and pre-orders are open now, with chaos and agony awaiting – but for a great price