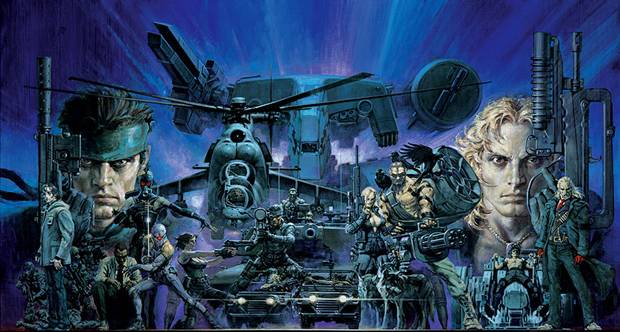 Remember when we told you that Hideo Kojima, the loveable genius/lunatic that he is, would support a remake of the original Metal Gear Solid? Well some guy that simply goes by the name of Tom recently took to Kickstarter with a campaign that would see the classic Metal Gear game brought to life with the Fox Engine.

But doesn’t that sound more than a little bit off? Well it should, and apparently everybody thought it did and straight up refused to pledge money towards what sounds like a scheme to get your money and bail. The campaign reads, “Metal Gear Solid is one of the best experiences on PSX. With the Fox Engine and next gen graphics, we will relive all of the best moments. For those of you who have not played it yet; Now is your chance to see what all the fuss is about! Not just updated graphics, this will be a whole new level of cinematic depth only the fox engine can handle! We won’t keep you waiting! This is a long awaited project that we can’t wait to start! Thanks, you’re pretty good!”

The fun thing about this failed kickstarter is that nobody pledged anything towards it. Not a penny. And in light of that crushing failure, “Tom” has since cancelled the campaign. I get a warm fuzzy feeling from seeing it fail, I’m not gonna lie.