The upcoming Jet Set Radio-esque platformer offers a myriad of tricks and combos to earn points, discover secrets and much more. 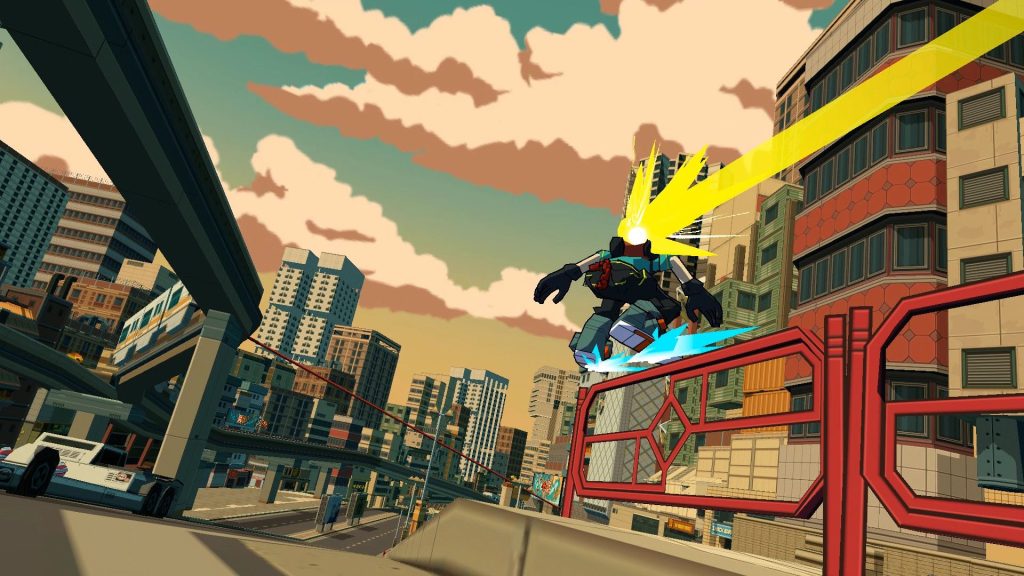 Team Reptile’s Bomb Rush Cyberfunk has received a new trailer which showcases even more stylish gameplay and movement options. Unlike its inspiration Jet Set Radio which focused solely on inline skating, it features BMX and skateboarding as well. Check it out below along with the track AGUA by Bx’treme.

In a separate blog post, the developer talked more about the movement and how style “is not only about appearance. Many secrets can be found by getting points and doing combos throughout the stage. You will be outstyling the other crews after you bombed their turf to take what’s theirs.” Players can execute real life tricks for all three sports and following some stylish combos, they can transition back to “regular ol’ feet” at any point in time.

Though Bomb Rush Cyberfunk doesn’t have a release date, it is releasing this year for Nintendo Switch and PC via Steam. Team Reptile is currently working hard to finish it and thanked fans for their patience. There’s no word yet on the other platforms that it will be coming to a week after launch so stay tuned for more information in the coming months.