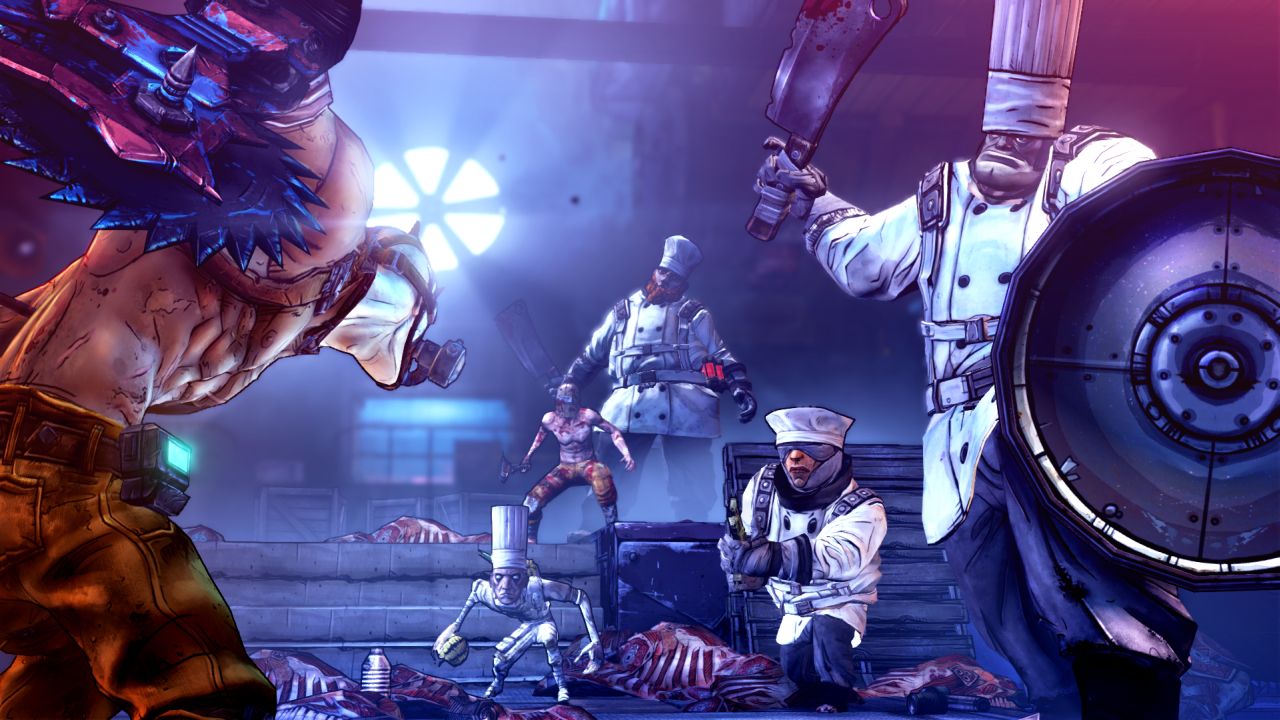 Fresh off of being declared 2K Games’ highest selling game till date, Gearbox Software has announced some new DLC for Borderlands 2. Mad Moxxi and the Wedding Day Massacre centers around the rather buxom Mad Moxxi as she tasks you with concocting a love potion to ensure the Hodunk and Zaford families don’t murder each other when wedding bells rings for both.

Of course, given the name of the DLC, we somehow doubt it will all end well. This being a Headhunter DLC, you’ll be able to pick up a unique head and skin provided you defeat the final boss with the right Vault Hunter. Look out for its release on February 11th.

That’s not all, though – the fifth Headhunter DLC will be Sir Hammerlock and the Son of Crawmerax, and will release this coming April. Crawmerax was one of the Invincibles and debuted in the first Borderlands as a parody of the Giant Enemy Crab from Genji: Days of the Blade. A new Invincible for Borderlands 2? We can dig it. Gearbox has indicated that this will be the final DLC for the game, so savour it well and stay tuned for more.