Borderlands 3: Randy Pitchford Has No Clue If Xbox One Exclusive Marketing Rumours Are True

“I know absolutely nothing about any of this. 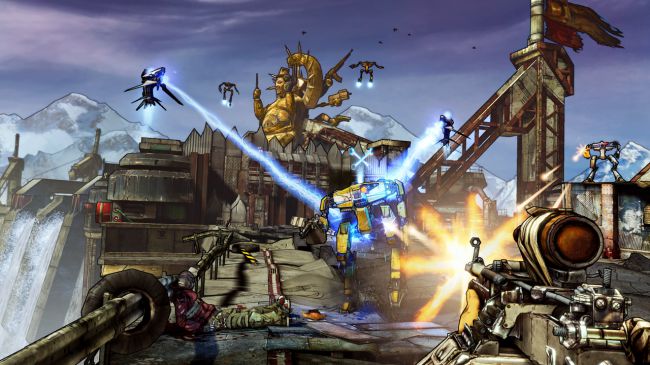 There has been a rumour going around the mill lately that several upcoming major third party releases, such as Cyberpunk 2077, Battlefield 5, Anthem, Borderlands 3, New Splinter Cell and The Division 2, will have exclusive marketing rights with the Xbox platform, and while there have also been contrarian reports, the rumours just refuses to go away. One way or another, most people can’t say for sure either way if it’s actually going to happen. Turns out, Randy Pitchford, studio head of Borderlands developers Gearbox, also falls in that camp.

Pitchford was asked on Twitter by a fan if there was any truth to the rumours, and he responded by saying he has absolutely no idea. Borderlands 3 has been out of the news for a long time now, in spite of the massive excitement surrounding it, but there’s high chances that we’ll see more of it at E3 this year.

The game has already been confirmed several times in the past and it’s likely we may see it in action soon. Stay tuned to GamingBolt for more coverage.