Love is in the air.

Borderlands 3 followed in the footsteps of its predecessors and was a massive success. The game was on the cusp of 8 million units sold last we heard, and will undoubtedly continue selling well into the next few years.  It’s also gotten continued updates, and we’re about to get another one for the most romantic holiday of Valentine’s Day.

Broken Hearts Day will begin tomorrow and see mysterious hearts scattered all over the galaxy. Maurice from Sanctuary 3 wants you to break said hearts, but in the most literal way. You’ll get various awards for all those hearts you crush, including skins and weapons. The update comes with other minor quality of life changes and tweaks, such as a level cap increase. You can read more about it all through here.

Borderlands 3 is available now for PlayStation 4, Xbox One, PC, and Stadia. The Broken Hearts Day event will run from February 13th to the 20th on all platforms. 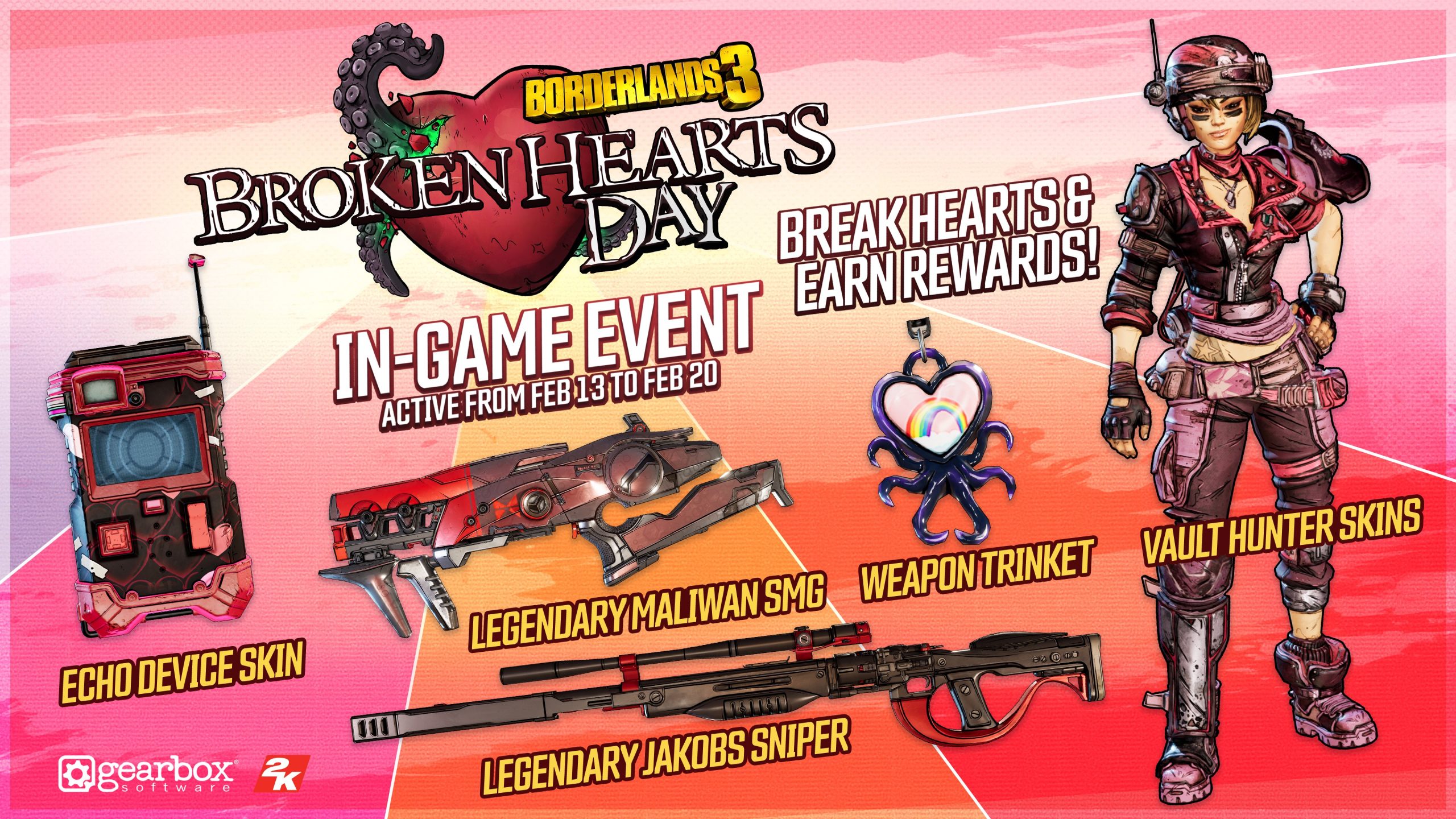