New details also revealed on the characters, the jobs system, and more.

In an interview with Famitsu (translated and summarized by Nintendo Everything), Bravely Default 2 developers Tomoya Asano and Masashi Takahashi dropped some new details on the upcoming Switch exclusive RPG, talking about its story, character design, mechanics, the possibility of online systems, and more.

Talking about the game’s title and why they chose to call it Bravely Default 2 even though it’s technically the third game in the series, they wanted to convey that this is a completely new story with new characters, taking place in a new world. The developers initially considered including characters from previous game, but ultimately decided against it. As for why they did not go with a subtitle for the game, they did so to avoid any possible spoilers.

Bravely Default 2 also differs from previous games in the series in its tone and style, in that not only does it have adult characters, it also features a more mature story. The developers also stated in the interview that their previous title, Octopath Traveler, was greatly influenced by improvements they wanted to make over Bravely Second, and Bravely Default 2 follows in that same vein.

Bravely Default 2’s character designer is also the same as Octopath Traveler’s, who also single-handedly designed all the jobs for the characters, in order to have a sense of unity in the job designs.

Meanwhile, the developers also spoke about the prospect of online functionality within the game, saying that though they didn’t have anything to share for now, they weren’t saying no either, and that fans will have something to look forward to in that area. They also said that the game might have a second demo before launch as well, and that similar to Octopath Traveler’s demo, there’s a chance save data transfer could be done to the full game when it’s out.

Bravely Default 2 is out some time this year for the Nintendo Switch. A release date hasn’t yet been announced. 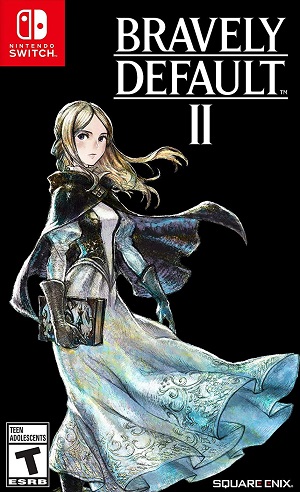