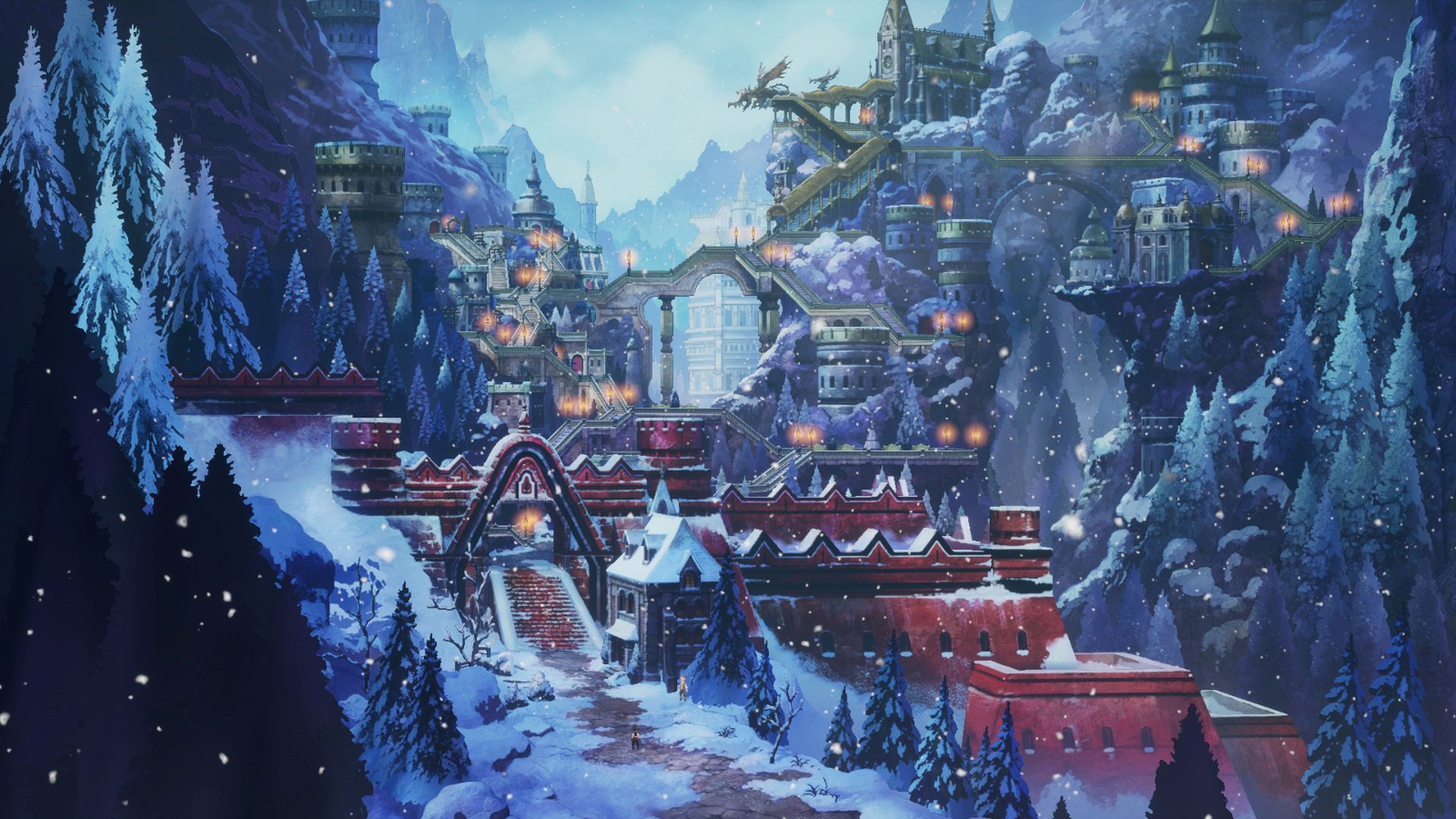 New details have been revealed for Claytechworks’ Bravely Default 2 which is out next month exclusively for Nintendo Switch. Along with a new trailer showcasing the country of Rimedahl, Square Enix also provided new details on other characters. Check out the trailer first below.

Rimedahl is a snow-filled country thanks to a dragon apparently saving it 1,000 years ago. The location features some new characters that haven’t been revealed till now including Marpha Lancer who is the Guardian of the Dragon Cave and Goamel, who is apparently the Dragon God’s child. Some of the new Jobs revealed include Dragoon, which fights with a spear; Swordmaster, who relies on counterattacks; and Spiritmaster, which summons spirits and specializes in recovery.

Alongside the main quests, players will also embark on different sub-quests and learn more about the world and other characters. There’s also a card game called Bind and Divide or B’n’D which players can indulge in. If you have the final demo for Bravely Default 2, then Bind and Divided has recently been added to try out.

Bravely Default 2 is out on February 26th for Switch.