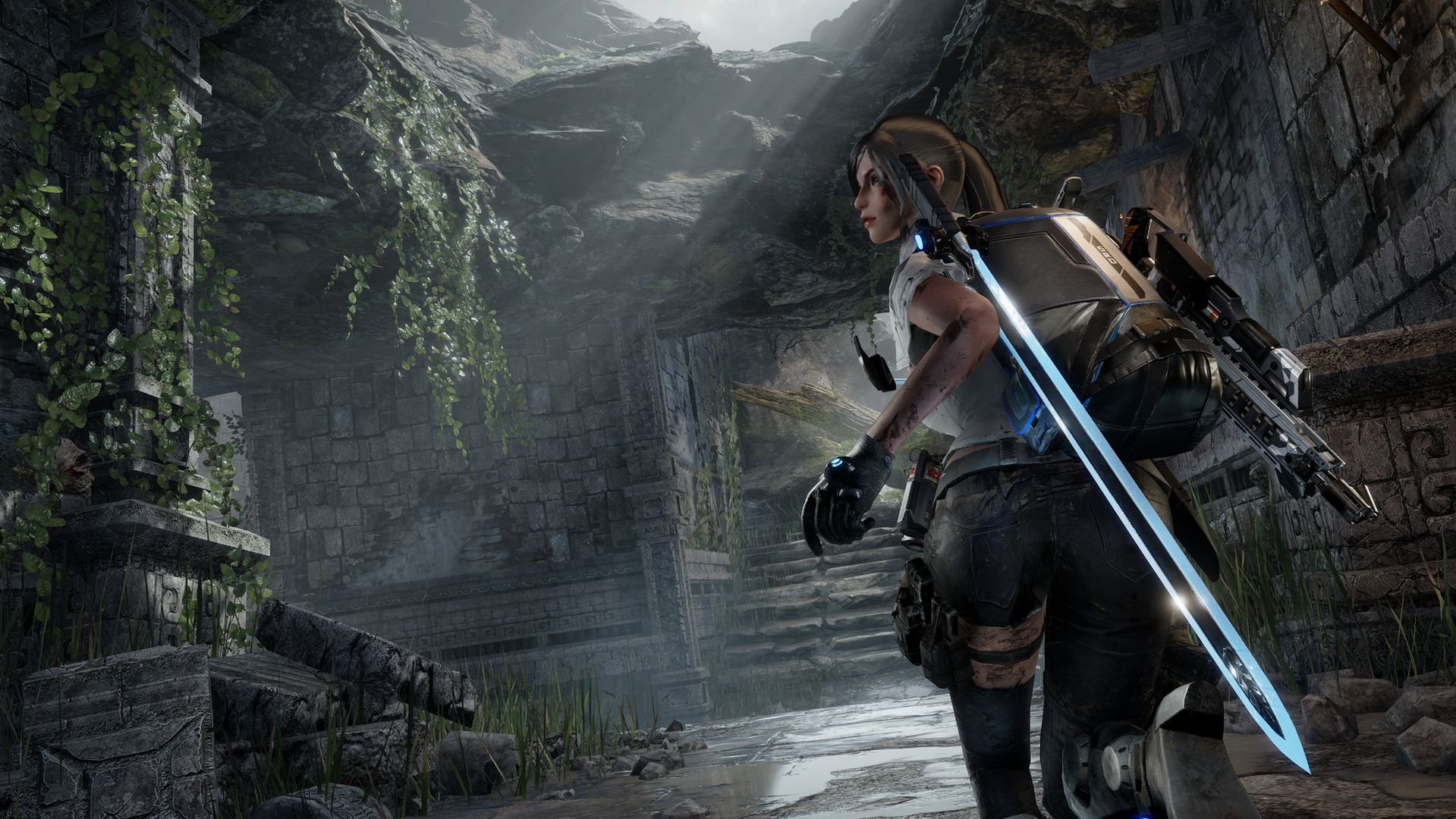 The first person shooter/hack and slash title focuses on Sheila, who finds herself combat various reanimated beasts and enemies on ancient island. Though Sheila can employ various firearms, she’s also capable of slicing enemies apart with a sword. Combining these together makes for some Devil May Cry-style combos.