General Lin seems to be the big bad you'll be facing off against. 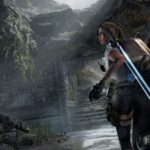 The shooter is looking pretty good.

The indie shooter shows more action in this Chinese trailer.

The stylish first person hack-n-slash shooter will be coming to Microsoft's next-gen platform.