With so many shooters out these days, it’s getting harder and harder to spot the difference. In an attempt to avoid the usual Where’s Wally style hunt for creativity, Brink enters guns blazing with an engaging pseudo-comic book art style, unique movement and objective systems and a large scale multiplayer tint. It succeeds at what it sets out to do relatively well, but repetitive gameplay and shoddy single player prevent the game from excelling as an all round package.

The game’s story revolves around the ark, a once utopian off-shore civilization that has since fallen into chaos. Players can choose to play as the resistance seeking to subvert the oppressive order, or as the ark defence force hoping to restore it. The developer diaries that promoted the game raved about how they aren’t meant to be good and evil and that the two sides blur the lines of morality. Whilst this is true to an extent, if this kind of thematic content impresses you then I’d advise you to go and read a book. A real one. Brink tries hard to create a unique game world, but it fails to add anything significant to the sci-fi canon. 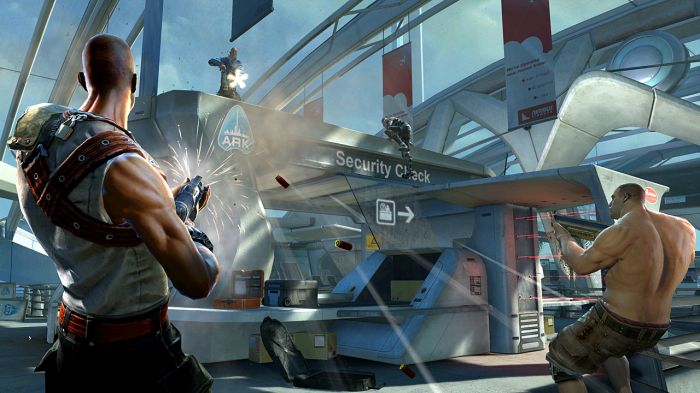 The effort is clearly there, but the Ark just isn’t that inspired a locale

Players begin by creating a character. The first thing you notice about Brink is the huge wealth of customisation options. As you play and level up, you get pages upon pages of new types of clothing, faces etc. as well as a variety of different skills you can equip. One thing I enjoyed about the game’s upgrade system is the way that you do not have to pick and choose from among your upgrades. It takes time for you to earn them all, but once you’ve got them they remain active as you play (provided you aren’t planning on using class-specific skills with the wrong class.) The level of customisation is impressive, and Splash Damage have done a good job of keeping it all balanced.

The general gameplay of Brink is also balanced, another feat well deserving of credit. The gunplay is satisfying, though it does have its problems. The general running and gunning began to feel a bit repetitive after a while, largely due to the lack of weapon variety on offer. I’m not saying that Brink has a lack of weaponry, far from it. My problem is that most of the guns feel largely identical. There are about fifteen different kinds of SMG and assault rifle and, though they have minor differences in stats, they feel too similar to wield. There was very little variety in how the guns controlled, behaved and felt. The classes too don’t offer huge variation. Each of the four classes has a few unique powers or gadgets but, as all classes can use any weapon, different classes don’t force you to switch up your tactics too much. It all lead to the general gunplay becoming a little bit tiresome after a while, but at least Brink has more going for it than just pulling a trigger.

One of the big pulls of the game is its unique and sprawling objectives. Rather than matches consisting of one capture the flag or assassination objective, Brink games can have a multitude of objectives running at once. They range all the way from mission critical objectives, to lesser tasks like opening up shortcuts and setting up supply depots. As complicated as this sounds, it is made easier by the objective wheel. A quick tap of your third mouse button throws up a wheel where you can select which objective is displayed on your HUD. It helps keep things simple and, seeing as how some objectives can only be completed by using the unique abilities of one class, it also keeps you informed of what you need for each mission. My only criticism is how some of the more minor objectives didn’t seem too relevant in the heat of an intense match. The amount of stuff going on at any one time can also make Brink a highly inaccessible title. If you’re familiar with shooter games you’ll be fine after a few games, but more casual players are likely to feel lost and confused. 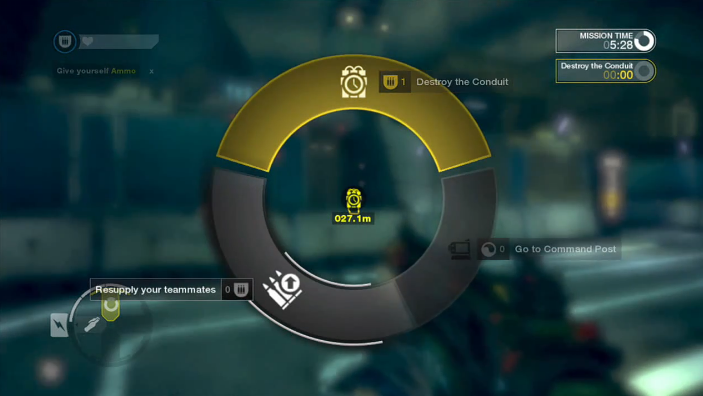 Though some objectives felt more relevant than others, I was definitely a fan of the objective wheel

Movement has also been improved upon in Brink with the game’s SMART system. The SMART system basically means that you character will automatically climb over waist high obstructions, provided you hold down the sprint button. It helps make the game flow better which, in a game as fast paced as Brink can be, is definitely a good thing. That said, it’s arguable that the SMART system also removes a layer of skill required in navigating the game’s maps. All in all I think it’s a step in the right direction, though I’d be interested to see how other games may use and improve upon the idea.

One thing I was very much impressed by was Brink’s customisation options. The challenges and campaign missions are static, but general multiplayer matches offer options for just about everything under the sun. It was interesting to see different servers popping up with completely different game objectives and experiences on offer. It’s just a shame that this customisation doesn’t extend across the whole of Brink as a package. It may be a small niggle, but I was annoyed that Brink offered absolutely no gamepad support. I know you may be throwing away your competitive edge by neglecting the mouse and keyboard but, in a game with as much customisation as Brink, I would have expected and liked the option to be there. 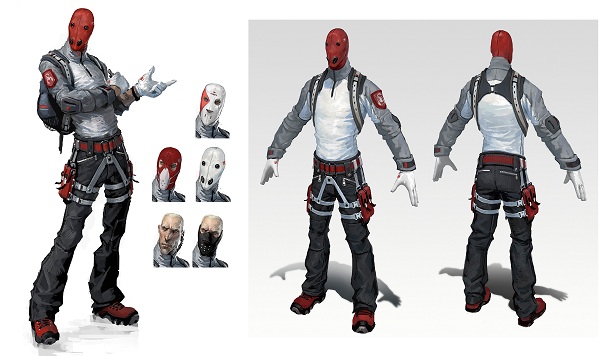 The amount of customisation options is impressive

Brink’s presentation also does a reasonable job of keeping things feeling fresh. Snappy sound effects keep the package satisfying, but you don’t get a lot of variation in the voice actors you can assign to your characters. A few more names may have been nice. Graphically the game is more accomplished, with an interesting aesthetic clash between comic book and realism. It’s not exactly originality 101, but it is fluid and engaging all the same. The only visual niggle I had was the level textures all being fairly similar. There was a decent variety in map layouts and the way they affect gameplay, but the look remained fairly consistent. I guess there isn’t much you can do with that clinical dystopian civilization look.

Overall Brink offers a fun, unique and inspired gaming experience. The reason I’m not ranting and raving about the game is because this experience does not extend across the board. In a big multiplayer situation, Brink is hectic, fast-paced and satisfying: Everything a good online shooter should be. When played on your own, it kind of blows. I just found myself getting very bored very quickly, especially as the AI puts up very little challenge. It also doesn’t help that the single player has absolutely appalling story exposition. It takes me back to 90’s style gaming, with all the story being lumped into cut-scenes at the beginning of the levels. I understand that this had to be done to prevent levels from becoming repetitive, but it still entirely prevented me from engaging with Brink’s narrative.

I can see Brink becoming a highly subscribed shooter. I can see full lobbies, clans and the whole community thing going on. It is a well designed, enjoyable and deep online multiplayer experience. As a whole package though, I can’t help but see the gaping holes it should have filled. In comparison to other competing titles in the genre, I just can’t recommend Brink in its entirety. If you have a hankering for some new online experiences, wait a few months for when Brink drops in price. Until then, you may want to think twice before investing your cash; particularly paying heed to how many of your gaming buddies will be picking up a copy. If your friends have Brink, go for it. If not, leave it where it is.

Solid gunplay, Great character customisation, SMART system and objective wheel are great additions, A blast when played with a bunch of buddies, Has an engaging visual style

Poor variety in weapons, Not very accessible to new players, Not much fun on your own, Can become repetitive, Alternative objectives don't always feel that relevant

Final Verdict:
GOOD
A fun addition to the ever increasing library of online shooters, Brink offers some decent gunplay and customisation in a tasty graphical coating. Occasionally repetitive gameplay and a poorly structured single player component prevent it from really standing out however
A copy of this game was provided by Developer/Publisher/Distributor/PR Agency for review purposes. Click here to know more about our Reviews Policy.