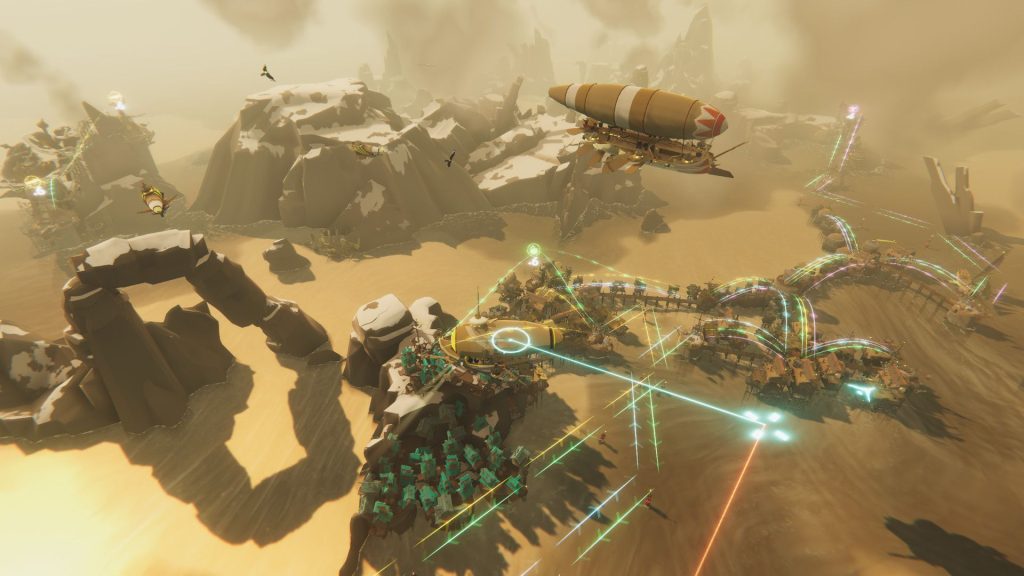 Developer Tomas Sala and publisher Wired Production have released a new trailer for upcoming city builder Bulwark: Falconeer Chronicles. The short trailer gives us a glimpse at some gameplay surrounding the blimp. Check it out below.

Taking place in the oceanic world of The Great Ursee, Bulwark: Falconeer Chronicles will involve players having to manage resources, build up a city, and making choices that might make defending said city either easier, or much harder.

Bulwark: Falconeer Chronicles was originally unveiled earlier this year with a reveal trailer.

One of the things setting Bulwark: Falconeer Chronicles apart from other city builders is the fact that this game doesn’t force players into rigid for their cities. Rather, the player is encouraged to build and grow their cities in more organic, dynamic layouts depending on what the terrain will allow them to do.

Bulwark: Falconeer Chronicles still doesn’t yet have a release date, but we do know that it is coming to PC thanks to its Steam listing.