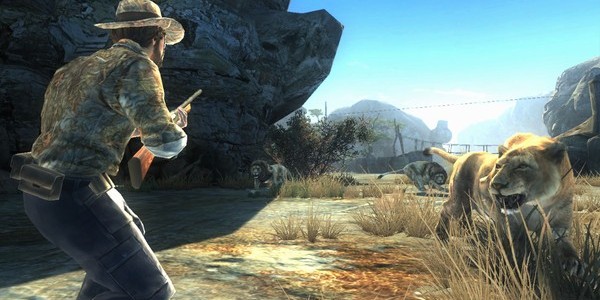 Part of the Dangerous Hunts franchise, Activision has announced Cabela’s Dangerous Hunts 2013. This version introduces the new Top Shot Fearmaster wireless controller, which features it’s own heartbeat sensor to measure the player’s heartbeat and implement it within the game.

Seriously, what is it with Activision and heartbeat sensors?

Of course, it plays into gameplay. Players who can better control their heart rate will be able to deal more damage, have increased accuracy and just overall get through life in the wild much easier. The rest, not so much so.

It bears mentioning that the heartbeat sensor will only be on the XBox 360 and Playstation 3, not on the Nintendo Wii release.

Animals, by the way, have a new predator AI and can form packs to properly assault gamers beyond their senses. And remember, they can smell your fear, even through the TV screen (or something).