Call of Duty Black Ops 2 confirmed for the Wii U 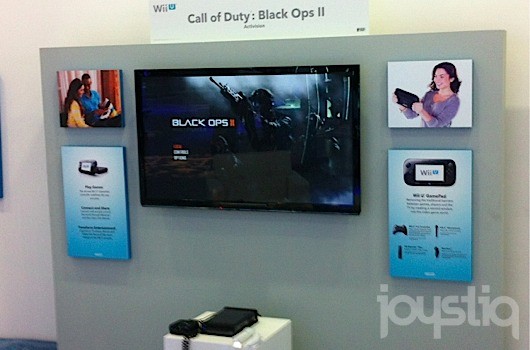 Nintendo’s Wii U conference for US and EU will announce the release date and prices of the console for those regions but there has been a slight leak before the event; Black Ops 2 is confirmed for the system.

If you’re wondering who’s porting it, it’s Treyarch. Joystiq has nabbed the images which you can check out by going to their site. Black Ops 2 comes out on November 13 for the PS3, Xbox 360 and PC, and the Wii U launches in December in Japan, so we think, the Wii U version will release that month too.