It seems that the next DLC pack for Call of Duty: Black Ops 2 is already underway. Whether or not this is real is up for debate, but a leaked promotional poster indicates that the new DLC, called Uprising, will be doing…something on April 18th. The line below the release date faintly says “First on Xbox 360”. Fair enough. 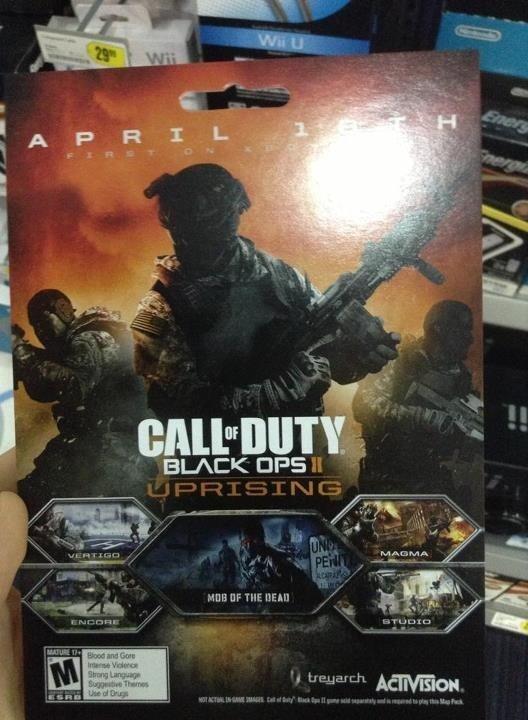 Among the new content are four new multiplayer maps, namely Vertigo, Encore, Magma and Studio along with a new Zombies map titled Mob of the Dead. At least from the poster itself, it looks like Vertigo and Magma are snow and volcano levels respectively.

The last DLC to release for Black Ops 2, developed by Treyarch and published by Activision, was Revolution. And given how it just recently released for PS3, it’d be interesting to see how long Uprising takes to release if it is indeed first on Xbox 360.

Then again, this could be a hoax. We’ll find out in the days to come.