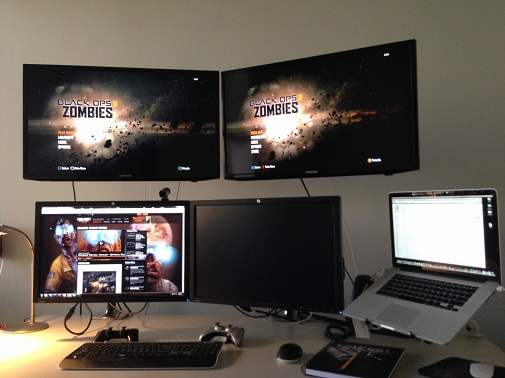 Call of Duty: Black Ops 2 will allow you to boot the game directly to Zombies mode, because it’s also a major mode that a lot of people play. Treyarch has included the option in the game settings where you can decide where to boot the game. Pretty neat, eh? Also pretty convenient.

Here’s the image of the Zombie mode menu screen which was posted by David Vonderhaar of Treyarch. “I had to remodel my work environment. Why? Because Zombies,” he tweeted. The image posted above is sick, and completely awesome.

Call of Duty games are always user friendly and very accessible, so much so that you can jump into a multiplayer game by simply pressing the X or A button repeatedly, you know, kind of like the next button during installation. Same thing here.

We also have a slight little change in the mutliplayer. It’s nothing big, but you can now see your character actually changing the magazine while reloading. Which means you will actually see a new magazine in his left hand while reloading, while it wasn’t the case before. It’s something that separates classier devs from the rest because even Naughty Dog and Bungie have a simple philosophy–attention to detail. Which is what you see Treyarch doing here.

We have the pic too courtesy of Reddit (Via Gameranx). The image was taken off Nuke Town 2025 trailer, which you can check out here. 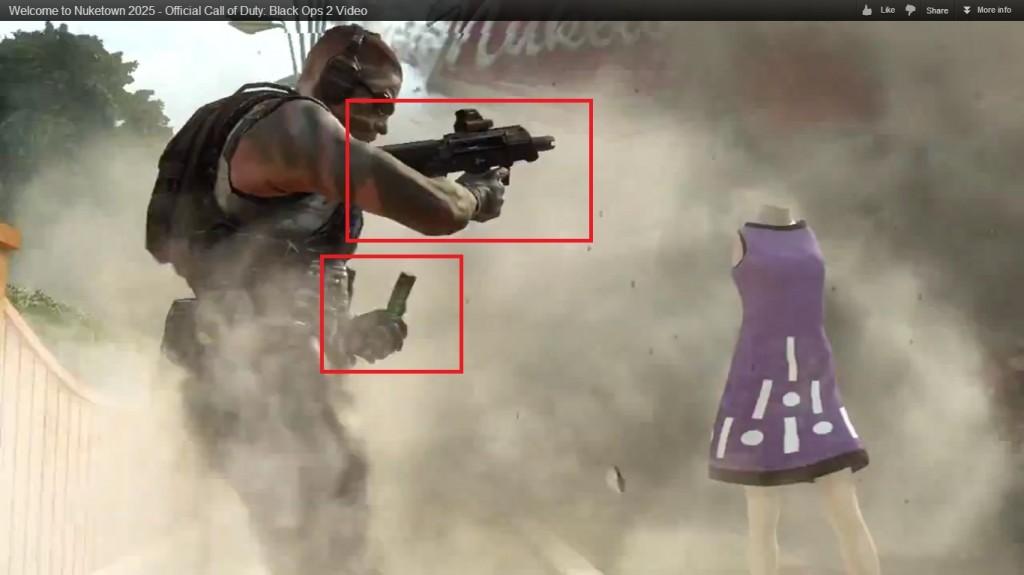