Get some XP ahead of the launch of the new expansion. 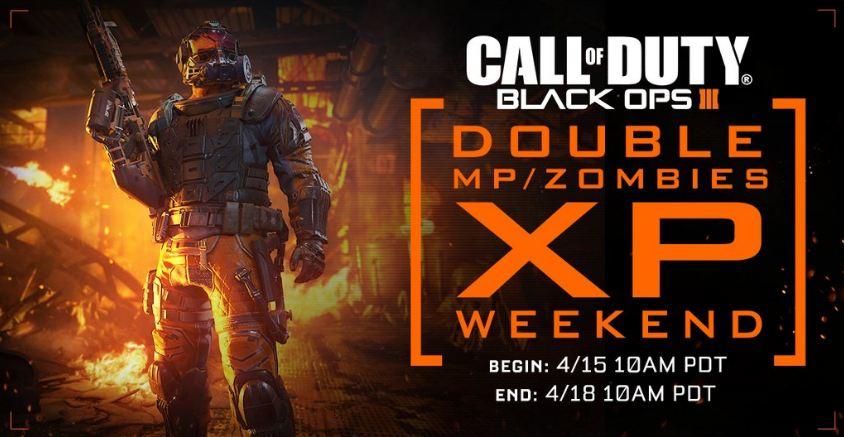 If you’re still playing Call of Duty: Black Ops 3, you may want to make an extra effort to log in this weekend- Treyarch has announced that a Double XP weekend will begin today, April 15, and run through 10am PST on April 18, Monday.

The double XP will be, as always, awarded to all players playing any of the game’s various multiplayer modes, or players playing the Zombies mode. This gives PlayStation players, especially, a chance to rack up some valuable XP ahead of the launch of the second expansion pack for Black Ops 3, the map pack Eclipse which launches next Tuesday on April 19 on PS4 (an Xbox One and PC release will follow roughly a month later).

Call of Duty: Black Ops 3 is available on PS4, Xbox One, and PC. A more stripped down, limited version of the game is also available on the Xbox 360 and PS3, should you still not have upgraded to current generation consoles.