The store listing showcases t-shirts and other items such as storage boxes which seem to be pre-order bonus items.

The images showcase listings of Black Ops 4 merchandise that are allegedly from GameStop’s internal database. The images show a whole bunch of T-shirts and a lanyard and many other items as well. Items such as the ‘Storage Boxes’ are listed for $0.00, so it’s likely that these are promotional items given to those who pre-order the game.

You can check out the images below. Keep in mind that is still a rumor so take this information with a grain of salt. In the meantime, keep your eyes and ears open for any more information regarding the upcoming entry into the Call of Duty franchise. 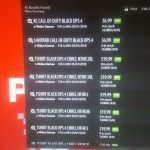 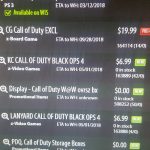