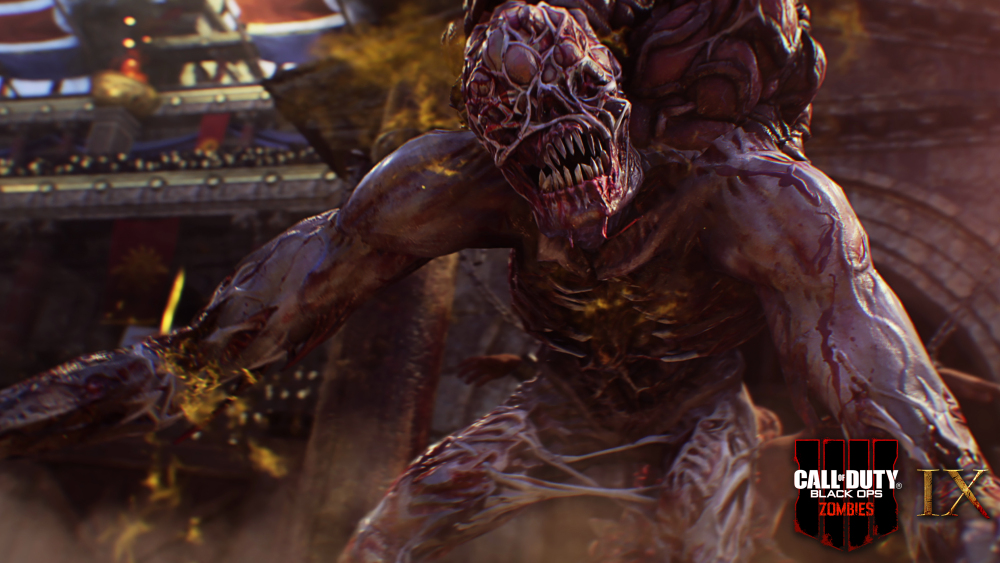 Treyarch’s Call of Duty: Black Ops 4 will be offering more information to diehard Zombies fans at San Diego Comic-Con, which is something that was teased not too long ago. To further build hype, a new teaser has been released on Twitter with the tagline “Chaos awaits”. The teaser itself is essentially two glowing zombie eyes in the background. When one user commented that it looks like a hellhound, Treyarch responded, “All will be revealed in time, but you may want to take another look.”

The Call of Duty: Black Ops 4 Zombies Comic-Con panel will take place on July 19th at 1 PM PDT/4 PM EDT. Thus far, Treyarch has confirmed not one or two but three unique Zombies maps at launch. “Voyage of Despair” and “IX” will form the new Chaos storyline so that’s likely what the Comic-Con panel will discuss.

They feature four new characters – Scarlett, Shaw, Diego and Bruno. Don’t worry though – the original cast of Dempsey, Nikolai, Takeo, and Richtofen aka Primis will also be returning in Blood of the Dead, a remake of the “Mob of the Dead” map from Black Ops 2.

Call of Duty: Black Ops 4 is out on October 12th for Xbox One, PS4 and PC. It will receive a multiplayer beta in August, with a beta for the battle royale mode, called Blackout, in September.

All will be revealed in time, but you may want to take another look.