Call of Duty: Infinite Warfare Absolution DLC Out Now For PC, Xbox One 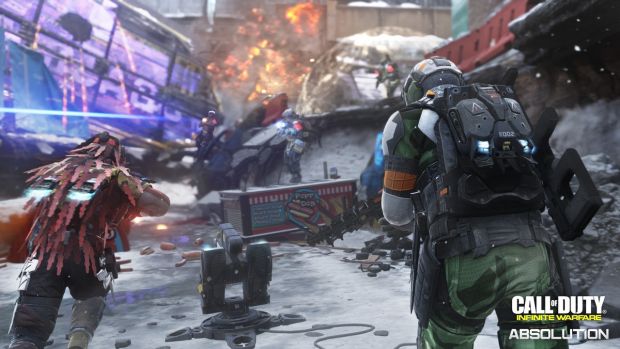 Released last month on PS4 first, Infinity Ward’s Call of Duty: Infinite Warfare has received its third DLC Absolution on Xbox One and PC. It has new multiplayer maps in the form of Bermuda, Permafrost and Fore, and a new Zombies chapter. There’s enough variety in the multiplayer maps to accommodate both sniping and close combat.

The new Zombies chapter, which began from Zombies in Spaceland from the base game, is called Attack of the Radioactive Thing. The theme this time is a 1950’s creature film with Mistress of the Dark Elvira, played by Cassandra Peterson.

One more DLC will be coming to Call of Duty: Infinite Warfare before the launch of Call of Duty: WW2 on November 3rd. This iteration is being developed by Sledgehammer Games and will return to a World War 2 setting. The Zombies campaign will be more gritty and gruesome compared to the campy fun of Infinite Warfare.