Looks the official name was leaked sooner than later. 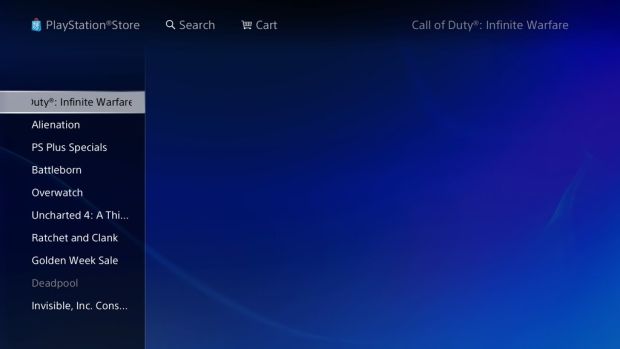 After a retailer listing revealed that the next Call of Duty would be revealed on May 3rd, a Reddit user has spotted what could be the official name for Infinity Ward’s next shooter.

According to the promotional tab on the store for PlayStation 4 in the United States, the next game will be Call of Duty: Infinite Warfare. Such leaks happen quite often (remember when the release date for Final Fantasy 15 was revealed before the big official event for the same?) and we’ll know for sure if this is actually the name next Tuesday. Until then, take this for what you will.

Call of Duty: Infinite Warfare has been reported to feature numerous sci-fi elements including battles taking place in space. Infinity Ward has been fairly mum on details for the same but at this point, it seems that we won’t be seeing a sequel to Ghosts after all.

What are your thoughts on the new name? Let us know in the comments.