Another leak for next year's Call of Duty game has provided potential new details on the game's multiplayer component. 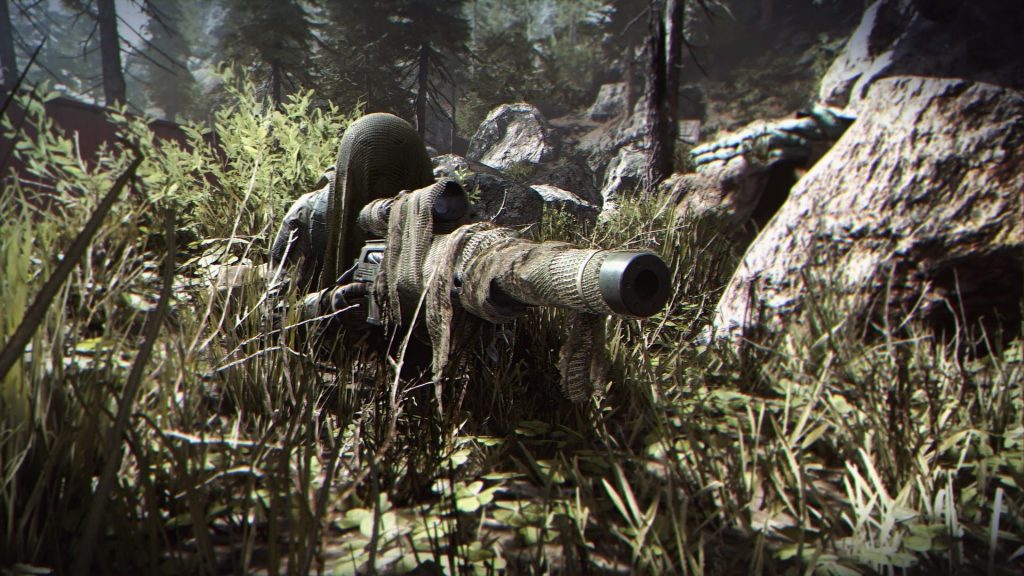 Call of Duty: Vanguard isn’t even out yet, but a number of leaks over the last couple of weeks have potentially spilled the beans on next year’s Call of Duty game, which is rumoured to be a direct sequel to 2019’s Modern Warfare, developed by Infinity Ward. Now, another report published on VGC by noted insider Tom Henderson provides new potential details, while also expanding upon another previous leak.

Where new details are concerned, Henderson claims, citing anonymous sources familiar with the project, that Call of Duty: Modern Warfare 2 will bring with it a new map for Call of Duty: Warzone. This shouldn’t come as a surprise, of course, since the battle royale shooter introduced a new map with Black Ops Cold War, and will be doing so again with Vanguard. However, whether or not the new map will replace the existing one (which has been trend for Warzone) hasn’t yet been decided.

According to Henderson, the map will feature various locations and “points of interests” from 2009’s original Modern Warfare 2, with classic maps such as Favela, Afghan, Quarry, Terminal, and Trailer Park being “expanded upon and stitched together.”

Interestingly enough, Henderson claims that the new map will serve more than just one purpose. In addition to Warzone, it will also serve as the backdrop for a new mode being introduced in 2022’s Modern Warfare 2. The mode, similar to Battlefield 2042’s Hazard Zone, will allegedly combine PvP and PvE elements, and will see completing objective-based missions on the map and battling AI-controlled cartel enemies. Apparently there’s a chance that this mode, which has allegedly been in the works for “several years”, will replace Zombies in next year’s game, though that could change.

Rounding out the game’s multiplayer offerings, Henderson also reports that the main multiplayer experience will be using a lot of work that was allegedly done on a remaster of the original Modern Warfare 2 that had been in development before it was shelved. This will include remastered maps, weapons, and more returning from the 2009 original.

Additionally, Henderson’s report also expands upon another recent leak which provided potential details on the game’s single player campaign. While there are several details he corroborates, there are some he does so with caveats, and others still that the report claims are not entirely accurate.

For instance, while moral choices and advanced gore and dismemberment will indeed be featured in some story missions, they might not be as crucial to the experience as the aforementioned leak suggests. Similarly, while there are several new animations, including for weapon jamming and characters being shaken up by their surroundings, that’ll happen at specific story moments rather than be featured as a recurring gameplay mechanic.

That said, Henderson claims that the previous leak is accurate about an overhauled AI system that will see enemies reacting more realistically to wounds and gunshots. The story and the single player campaign are, in terms of the big picture, said to expand upon the grittiness and realism that was emphasized so heavily in 2019’s Modern Warfare, with more close-quarters firefights and the like.

Task Force 141 is also allegedly returning with multiple playable protagonists, though you’d expect that much from a sequel to Modern Warfare, of course. Finally, Henderson also claims that where weapons are concerned, traditional armoured vehicles and tanks and what have you will likely be replaced by things like military rubber boats and small helicopters- which makes sense, given that the game allegedly sees Task Force 141 covertly taking on Columbian drug cartels.

These are all unverified details, of course, and Activision hasn’t provided any statement regarding them, so take them with a grain of salt for now, even though Henderson does have a solid track record where leaks (especially Call of Duty-related leaks) are concerned. Of course, with Call of Duty: Vanguard out on November 5, it’s probably going to be a while before Activision begins talking about next year’s game.