Sledgehammer Games has outlined its plans for Call of Duty: Vanguard’s free post-launch content and Season 1 plans in a new roadmap. It confirmed that Shipment from Call of Duty: Modern Warfare (2019) would be available as a “remastered classic map” on November 17th. The next day, Warzone will also have limited-time events and modes to celebrate the end of Verdansk.

On December 2nd, Season 1 kicks off with new multiplayer maps, modes, weapons and gear for Vanguard along with updates to Zombies. Warzone receives its Pacific update as players venture to new map Caldera. New vehicles, two new weapons and Ricochet anti-cheat will be available for the battle royale mode.

Call of Duty: Vanguard launches on November 5th for Xbox Series X/S, Xbox One, PS4, PS5 and PC. It will ship with 20 multiplayer maps, a campaign spanning four theaters of war, and a Zombies map “Der Anfang” by Treyarch. Stay tuned for more details in the coming weeks. 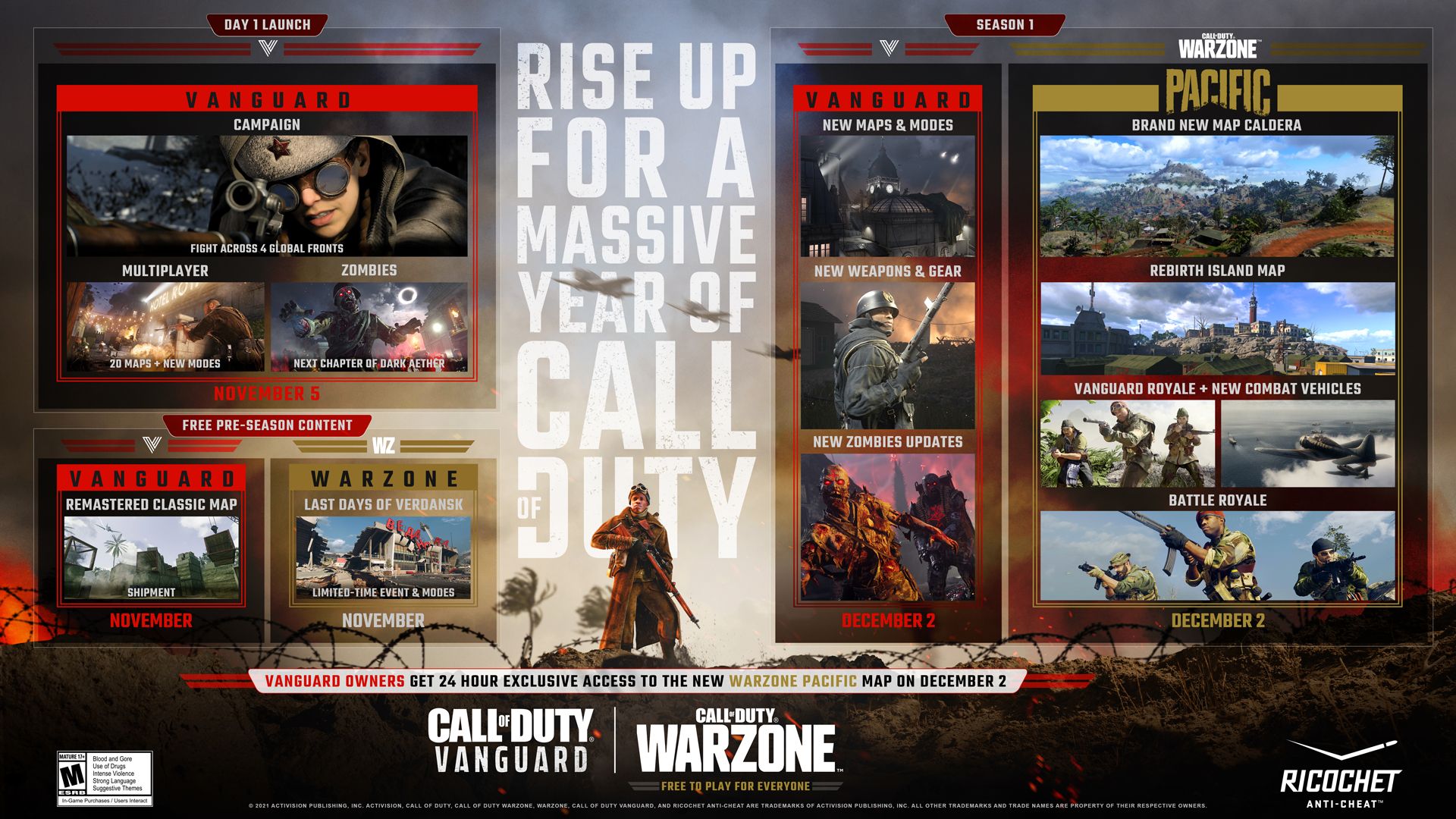