Infinity Ward has confirmed that pre-loads for Call of Duty: Modern Warfare 2’s campaign start today at 10 AM PT on all platforms. Those who digitally pre-ordered the title can start playing the campaign early tomorrow at 10 AM PT.

October 27th sees the full game rolled out on consoles from 4 AM PT to 9 PM PT, based on one’s region. For more details on PC release timings, check out the map below.

Call of Duty: Modern Warfare 2 is out worldwide by October 28th. For more details on its PC requirements, head here. You can also learn more about the Special Ops content available at launch here. 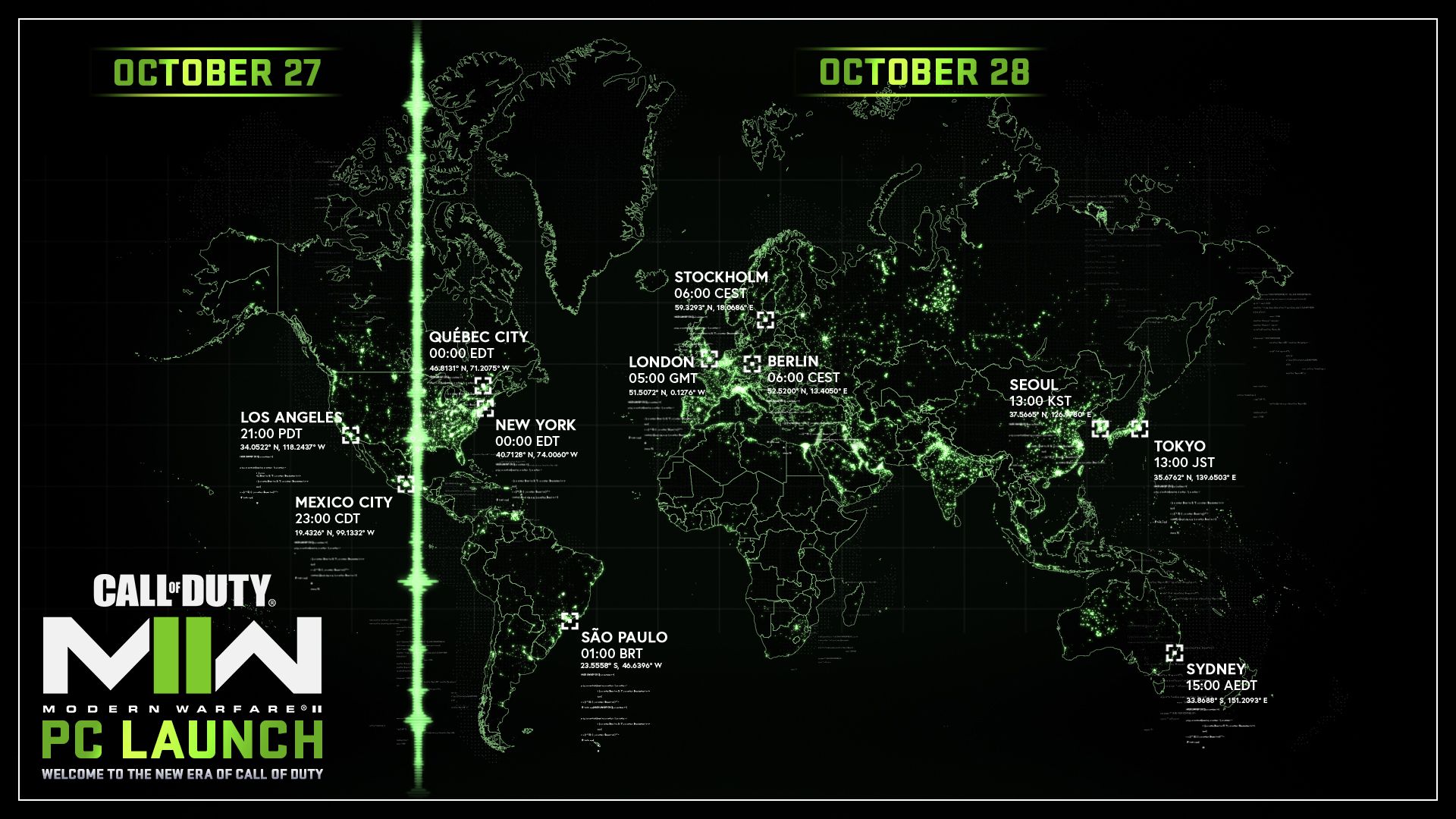