The trailer for Call of Duty: Modern Warfare’s second season leaked yesterday but it didn’t reveal everything that was coming. Along with releasing the official trailer, Infinity Ward also revealed its roadmap for Season Two. A total of five maps will be available from day one itself, including classics like Rust from Call of Duty: Modern Warfare 2.

Other new maps include Atlas Superstore for regular multiplayer and the Zhokov Boneyard for Ground War. Gunfight will receive Bazaar “and more” while Gunfight Tournament and CDL Playlist are coming as new modes. New weapons include the Grau 5.56 and Striker 45. All of the above content will drop today along with Ghost, also from Modern Warfare 2. 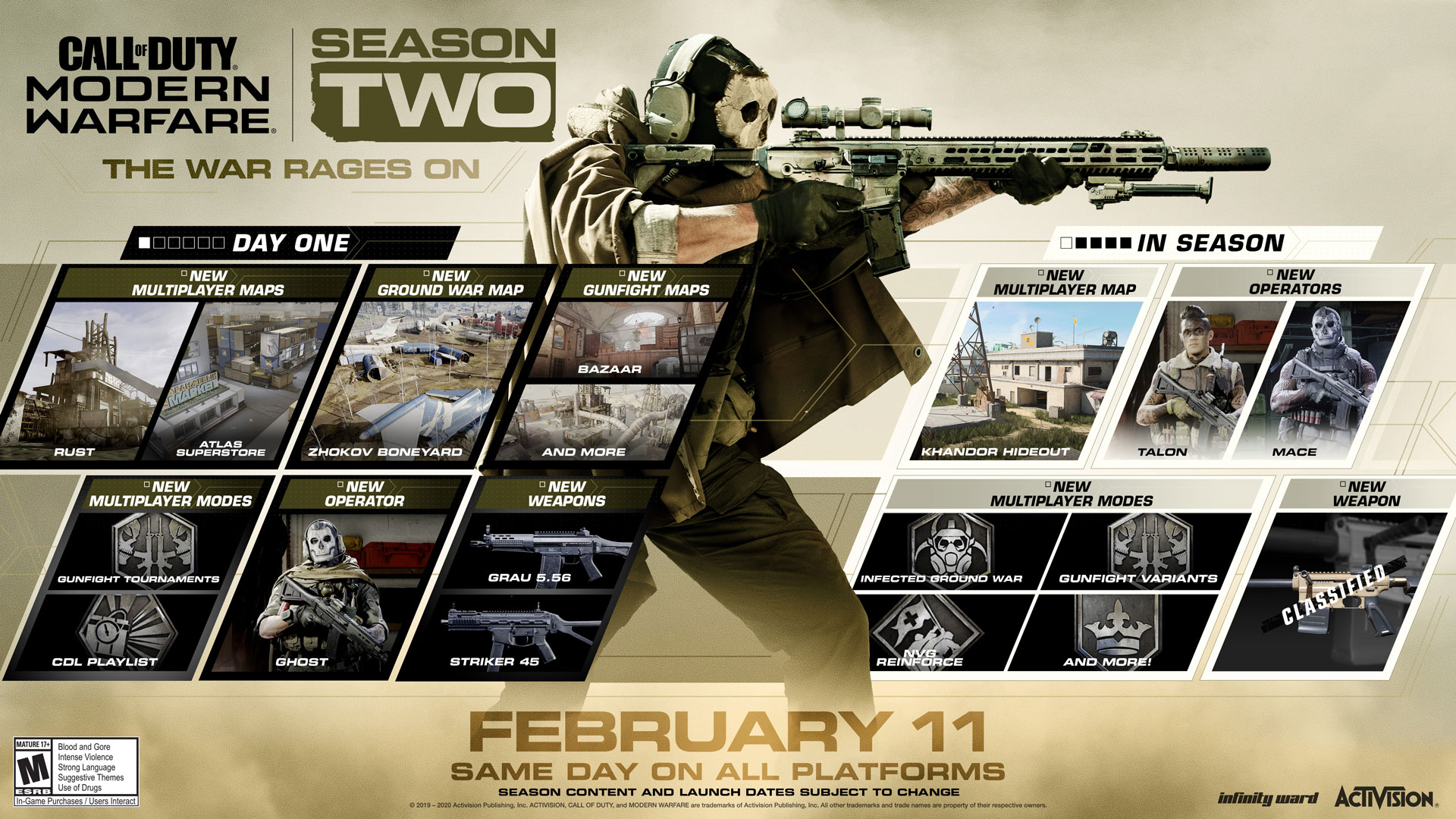