Call of Duty: Warzone is Adding Godzilla and King Kong with Operation Monarch 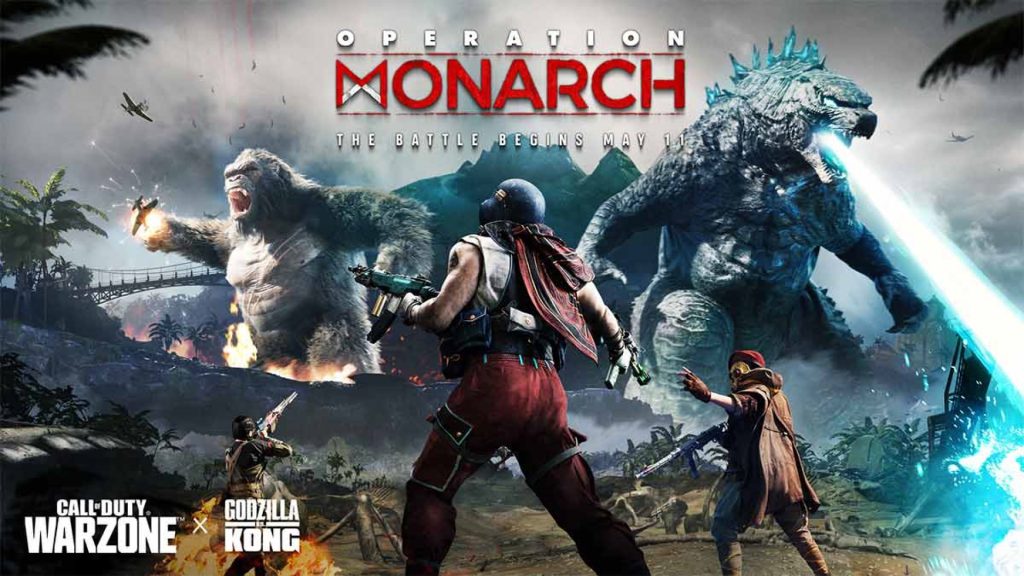 Activision’s Call of Duty: Warzone has had its fair share of unique crossovers, collaborating with unlikely franchises like Rambo, Die Hard, Attack on Titan, and more. As you may have guessed, there’s more of that coming soon. Activision has unveiled a new monstrous crossover for the free-to-play battle royal shooter.

A new teaser trailer has officially unveiled the upcoming Operation Monarch event, which Godzilla and King Kong, of all things, as operators to the game.  Even though the trailer doesn’t give much information, it does show Kong and Godzilla in action, also going at each other, hyping up their imminent arrival. Whether or not the crossover will also come with a time limited mode similar to previous events remains to be seen. Check out the teaser trailer below.

Operation Monarch is scheduled to go live on May 11 on all the platforms the game is available to play on.