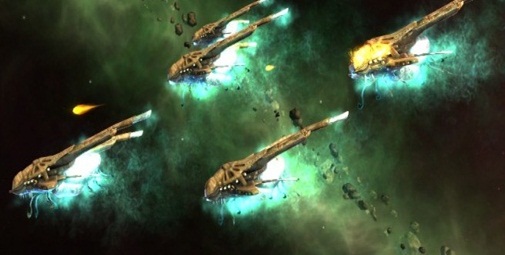 Welcome to Campfire Gaming, the weekly segment where I play a game and write about my wacky adventures. Last week we finished up a journal on Empires of the Smoky Skies, so today we start something new. Endless Space is an indie 4x game that came out on July 4 of this year. Now let’s get to the story.

I’m the emperor of a civilization of large amoebas that stretches across the galaxy.

We met an alien race called the Horatio Empire. Negotiations with them have quickly broken down.

We met another alien race called Cravers. They are not to be trusted.

We met another alien race called humans. We shall see if they are friend or foe.

This is Endless Space.

This is only my second game ever of Endless Space. In the first game I got completely massacred, and I’m hoping things go better this time. There are 8 races. My game is using 5 of them:

Pilgrims: When there’s an evil human empire, there must be a good human rebellion. That’s the Pilgrims, who fled the United Empire long ago but will soon meet them again.

Horatio: Endless Space takes itself pretty seriously, so this ones an oddball. Some idiot named Horatio cloned himself so many times he made a star traveling civilization out of it. They’re neutral.

Cravers: If the United Empire wasn’t bad enough, the Cravers are the classic alien bugs that fly around eating everyone in their path. Needless to say, they’re evil.

Amoeba: That’s me. We’re listed with a good alignment, and our goal is to unite all living things, even if it means breaking some skulls along the way. Let’s try to do that. 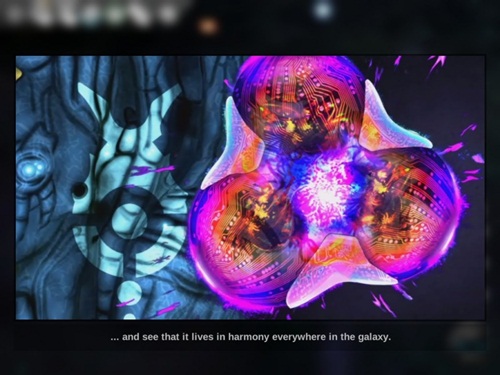 That’s me. Good looks run in my family.

Endless Space lets you choose what kind of galaxy you play in. I chose a spiral out of respect for the Milky Way. Here’s the galaxy I got with everyone’s starting locations (weirdly, there isn’t any fog of war with planets, though you can’t see other ships unless you’re in the same system). 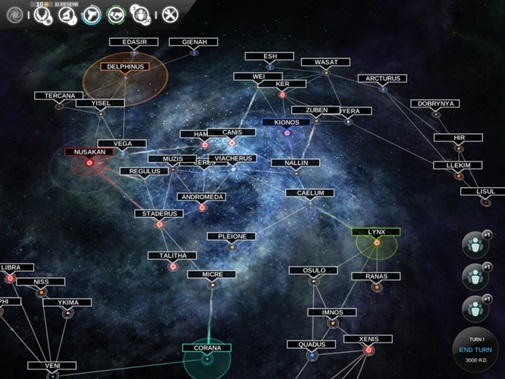 I immediately start on food production in the capital. Famine issues from my first game taught me that focusing on food to build up a big workforce and then moving to other things might be the way to go. In Endless Space, your ships can only move along preset lines. These are essentially jump gates. The squiggly lines represent wormholes. They allow access to more travel locations, but you can’t use them without first completing certain research requirements.

I have an interesting starting location, perhaps even unfortunate. My only routes to expansion are through wormhole gates to the east and the Horacio Empire to the north. 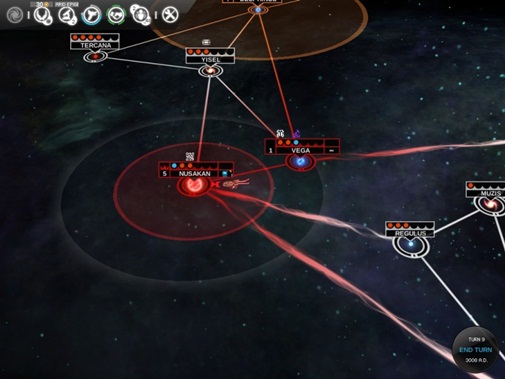 I immediately snag the nearby Vega system. The two squiggly line things coming out of my capital of Nusakan are wormholes that I don’t have the technology to enter yet. There’s another wormhole coming out of Vega. This means I only have two systems to colonize for now, Yisel and Tercana, and Horatio is going to want them too. I’ll have to act fast.

In the meantime, I send a scout vessel out to the prospective colonies to get a feel for them. The scout flies through the Yisel system with no problems. It’s not a great system, but it’ll be worth having. The scout continues to the Tercana system.

It’s here in Tercana that the Amoeba and Horatio empires meet for the very first time.

Horatio attacks. There’s a battle on the spot. Relations between the Amoeba and Horatio empires have broken down before they had a chance to begin. 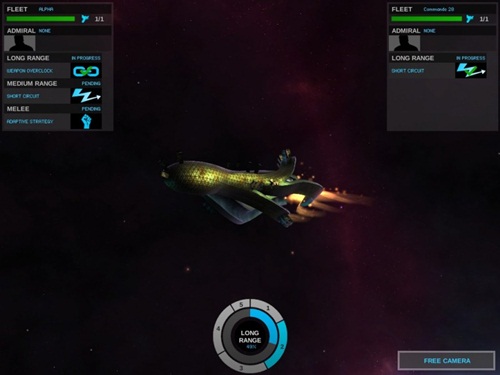 “All hands to battle stations! This is what we trained for people! A giant space penis is trying to kill us all!”

My scout ship is destroyed. The Horatio empire is directly responsible for the atrocity. We were not at war. Until that moment, we’d never even seen each other.

Endless Space has a unique neutrality system. When two countries are neither allied or at war, they are in cold war status. This means they’re allowed to attack each other as long as it’s not in the defender’s home system.  I immediately start researching combat technology.

A shadow war has begun.

It’s time to design my first ship. The game uses three different types of weapons, kinetic (bullets fired at a high rate of speed), missiles (blow up on impact), and lasers. Each one has its own defense type, and ship design is based on figuring out what weapons your opponent has and building defenses for them. It’s all very similar to Galactic Civilizations 2, except the different attachments don’t change how the ship looks. That’s disappointing, though I do appreciate how amoeba-like my ships are in appearance.

Vega has a resource called Titanium-70. It allows us to build missiles. This early, most civilizations will still be using kinetic weapons and might be expecting others to do the same. With this in mind, I build a missile-clad gunship with kinetic weapon defenses. I’m hoping this is exactly what the Horatio empire won’t want to deal with. Since I’m the Amoeba, I decide to name my ship types after disease. It… well… it seemed like a good idea at the time. I name my first custom ship ‘dysentery’, in honor of the great Oregon Trail.

I set the dysentery loose on Tercana to have my revenge. The bastard ship that destroyed my scout is still there, though the Horatio empire still hasn’t colonized the system. I’ve got two dysentery ships and now the odds are very much in my favor. Battles in Endless Space use a card system to decide tactics. Different cards boost certain stats for the round. A battle consists of three rounds, the long range, medium range, and melee. Each card also has another card that it completely trumps.

The enemy chooses the card that trumps mine. I cringe and can only watch the battle unfold from here. Luckily, my force is so much more powerful than the enemy that my lousy tactics don’t screw me over too much. The dysentery ships win the battle and kill the people who killed my scouts. Revenge is sweet. 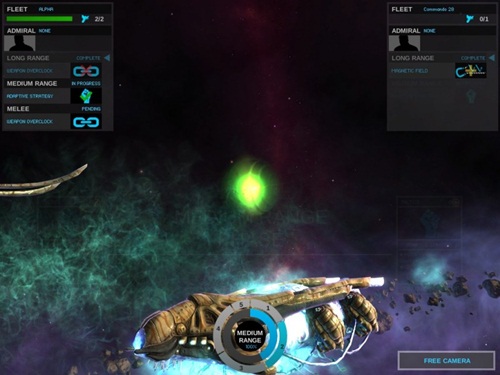 You see that burning green fireball in the background? That’s my enemies. 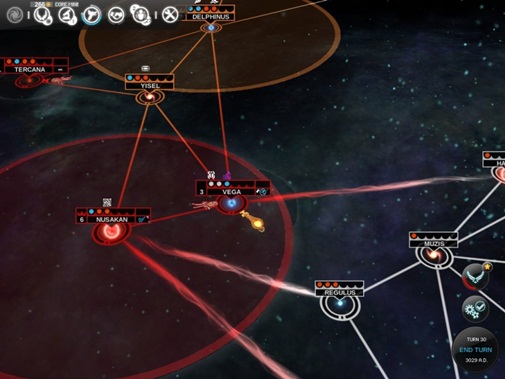 They also send a fleet into my own Vega system. I send a fleet to respond. Tercana has been completely cut off from the rest of my civilization. I’m going to have to take Yisel from the Horatio empire to reunite it. On top of that, a battle at Vega is a near certainty as this conflict continues to escalate.

What was once a mere border dispute is about to turn into all-out war.