The "First Run" OpenDev version will be available for a limited number of players and offers three heroes, 13 weapons, and two dungeon districts.

In search of her missing partner, Bunker uses a shield for a highly defensive play-style and close-range weaponry to annihilate foes.

As one of the first heroes that players will control, Zed is a professed rocker and heavy infantry soldier that deals more damage as she gets angrier.

The massive scale of the upcoming 4X strategy title is outlined in a new trailer. It's out on August 17th for PC and also launching on Xbox Game Pass.

Amplitude Studios' upcoming rogue-lite isometric shooter receives some new gameplay along with teaching players some of the rules of survival. 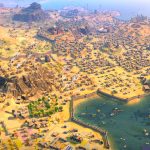 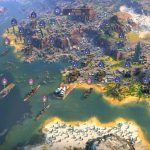 Create a persona for your avatar with different biases and strengths.

Pre-purchase the game now to access its largest Opendev scenario on December 15th.