Welcome to Campfire Gaming, a weekly feature where I play a game and describe my wacky adventures. Last week we started a journal on the indie 4x game, Endless Space, and today is part 2 of that series. You’ll find part 1 right about here.

My empire has been cut in two. The Horatio empire recently took control of the neutral system of Yisel, right in the middle of my territory. They’ve also sent a fleet to my own system of Vega. This cold war is heating up.

I destroy the enemy fleet in Vega without too much trouble, but the problem in Yisel is different. This is no longer about attacking each other’s fleets. I have to take Yisel to reunite my empire. This time I’m invading an entire system.

The inevitable war between the Amoeba and Horatio is underway.

This is Endless Space: Part 2.

This all started when the Horatio Empire attacked and destroyed one of my scout ships without warning. The attack came in a neutral system called Tercana, and the incident spiraled out of control until it lead to all out interplanetary warfare. I took Tercana for the Amoeba empire, but as soon as I did the Horatio empire took Yisel. This split my faction in two. 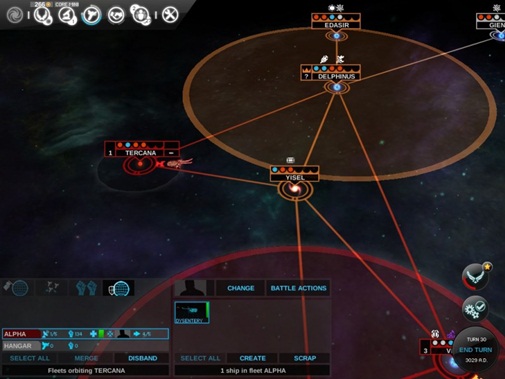 I build a fleet of dysentery ships destined for Yisel (you may recall that I’m naming my ships after diseases). They flood the system and the invasion is underway.

System invasions in Endless Space are essentially just timers. You wait them out, similar to a siege in the Total War series but with no option to attack early. The invasion will take several turns depending on the system and depending on the strength of the attacking fleet. Certain ships can also have bonuses that speed up invasions. To begin an invasion the system must be clear of enemy ships, but if enemy ships show up after the invasion has begun it doesn’t interrupt things unless your fleet is wiped out.

My empire is reunited, and Horatio is pissed. 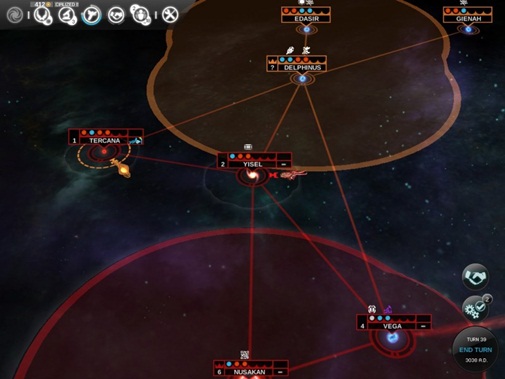 I’ve been researching war technology, and my missile attack and kinetic defense is better than ever. I create a new line of ships with the latest in amoeba technology. More missiles. Better defense. I call it West Nile.

My capital at Nusakan has a very high production rate, so I mass produce a fleet of West Nile and head for the Horatio capital of Delphinus. In that system I’ll have my largest battle yet.

3 West Niles and two dysenteries versus a fleet of 5 Horatio ‘strikers’. Once again, my missiles win the day. With the system clear of enemy fleets, the invasion of Delphinus begins.

Meanwhile, I complete the research required to travel through wormholes, the squiggly lines on the map that are restricted at the start of the game. As I go north and snatch the Horatio capital, I can send another fleet east through the wormholes and snatch up as much neutral land as possible.

I’ll need to be quick about it too. The Cravers, a race of bug people that eat everything in their path, are moving swiftly in my direction.

I send a fleet of two West Niles and three colony ships through the warmhole into parts unknown.

They run into pirates. Lots and lots of pirates. You know how most pirates like, try to get you to surrender so they can take your stuff without a fight? Well, the ones in Endless Space aren’t like that. The pirates in Endless Space are the kind that attack you on site, offer you no chance of surrender, and who blow up your ship and all of the valuable goods on the first chance they get. Wait, how exactly are they pirates?

All three of my colony ships are immedietely blown to bits. It looks like this colonization mission is going to be more difficult than I hoped.

The pirates are essentially barbarians from the Civilization series, hostile fleets that fly around randomly causing havoc. It’s odd to me that they attack government ships for sport, but it’s something I’ll have to deal with. I was hoping this land grab would be sneaky and easy. And fast! Let’s not forget that the Cravers are still closing in to take any land I don’t get my dirty amoeba tentacle things on. This land grab won’t be sneaky, easy, or fast, because I’m going to have to build some West Niles just for the purpose of the mission.

Getting control of systems early in Endless Space is vital, but this means I’m essentially fighting a war on two fronts: Horatio on one side and pirates on the other. I’ll have to divide my forces. Sun Tzu would not approve.

I begin the construction on a separate fleet just for the purposes of killing pirates and helping get colonies. Oh, and I also start rebuilding those colony ships. In the meantime, I still have a large fleet currently invading the Horatio system of Delphinus but it’s taking a long time.

I build 2 West Niles, a dysentery, and a Propagator, the proper name for one of our colony ships. We head through the wormhole vastly superior to any pirate fleet we’ve encountered before. Victory should be fairly easy. We find some pirates and engage.

Victory is easy. We only lose a single ship. UNFORTUNATELY IT’S THE DAMNED PROPAGATOR!!!!! THE WHOLE POINT OF THIS MISSION IS TO COLONIZE NEW SYSTEMS AND I’VE LOST MY COLONY SHIP!!!!! (For those of you new to the internet, the caps lock means I’m angry.) 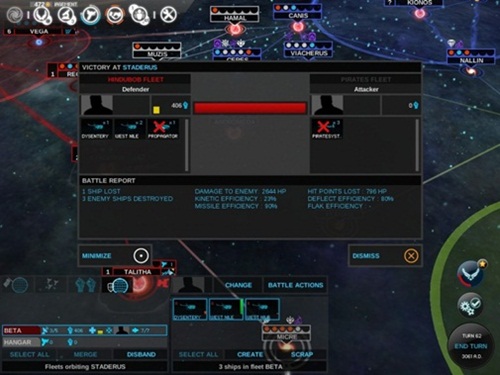 So… I build another colony ship while my warships float there with their thumbs up their asses. Bah!

Things are going just as slow on the other front against the Horatio Empire.

The invasion of Delphinus has grinded to a halt. Horatio has increased the planet’s defenses, making it literally impossible for my current fleet to take it. I’ll need more ships. Ships that I’ve already sent in the opposite direction to hunt for pirates.

On the other end, I still haven’t actually claimed any new territory, despite all of my losses from these pirates. Not only are the Cravers here and claiming some of the land I had my eye on, but a new faction has moved into the area and is taking up land quickly.

I send more colony ships and finally start claiming new territory. I send more military ships to Delphinus and finally the invasion makes more progress. I’m about to take Horatio’s capital for myself.

They hit me with everything they’ve got to keep that from happening. If I win this battle I win the war. If I lose this battle then I continue a war on two fronts that hasn’t gotten me anywhere so far.

A fleet of 5 ‘Striker 4s’ versus my fleet of 3 West Niles and 2 dysenteries (my maximum fleet size is 5, so the other ships I sent are there helping the invasion, but they couldn’t be in the battle). 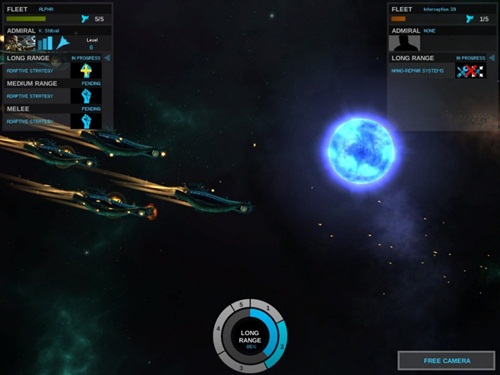 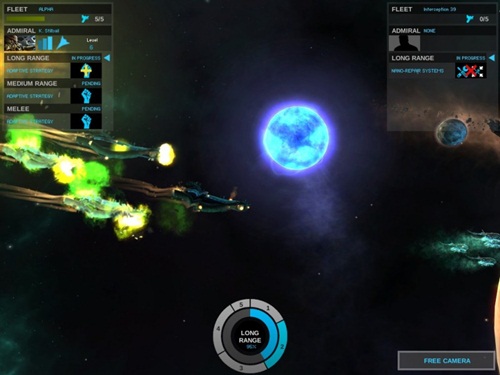 There goes the enemy fleet.

I’ve taken the enemy capital and its people aren’t happy about their new amoeba overlords. They go on strike and the system of Delphinus is essentially useless until this gets resolved. I’ll have to find a way to get these guys to like their new leaders. Perhaps time will help. Horatio is now a sad husk of an empire, so I offer a ceasefire. They accept without hesitation. I’m the good guys, and there’s no need to wipe Horatio off the galaxy.

Unless they piss me off again.

Which they almost certainly will.

Will the Horatio Empire piss me off again? Will the people of Delphinus ever accept amoeba rule? Will the pirates in this game ever realize that if they just blow up every ship they see they’re not making any profit?

If you liked this article, check out my personal website at RobertGreenStories.com.