Capcom’s David Reeves, who previously worked with Sony, recently said that he feels the next generation consoles will be here within the new two-three years, despite Microsoft’s and Sony’s claims about a 10 year life cycle- they lied, now, did they? That wasn’t very nice.

“Anything they can add to revive and pique interest in the games until we have another clash of the titans in two years time,” Reeves said.

When he was asked to elaborate on his comments, he said, “Two to three years, I reckon so. I don’t have any inside information. All the first-parties have got to be working on something.

“The tricky thing is when do you put a stake in the ground on technology? That’s the problem,” he continued. 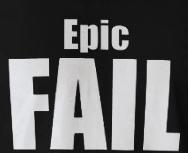 NOTE: This image has nothing to do with the article, we just like the phrase.

“You can be waiting a few extra months to implement something, but you’ve got to set a date to go with a certain chip at a certain point otherwise you’re going to miss the key milestones.”

Predictions that Kinect may not succeed have been running around wild, and the PlayStation Move may not even survive the competition, if what the analysts say is true. The life-cycle of the PS3 and Xbox 360 might have to be cut short by about a year or two, which means what David Reeves here says might actually be true!